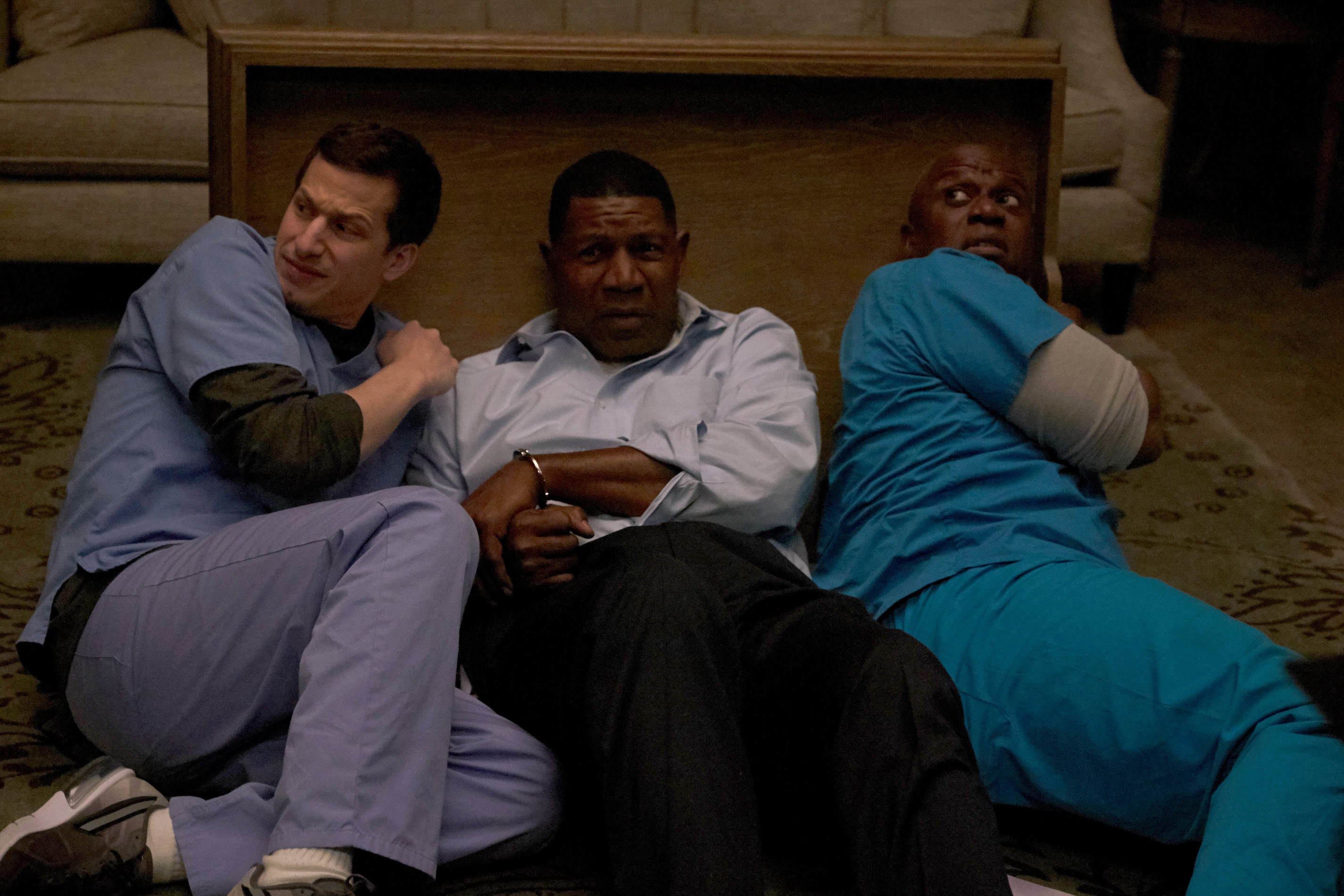 In the exciting finale of Empire season 2, Jamal Lyon gave his family an ultimatum to stop hurting themselves and others. Instead, Lucious Lyon and Anika Calhoun hastily get married and then Anika and Rhonda Lyon almost kill each other.

black-ish is always solid, but this episode in particular showed off the comedic chops of stars Anthony Anderson and Tracee Ellis Ross. They played off guest star Regina Hall incredibly well and the result was one of the funniest episodes of the year. It explored “black white guilt,” the feeling that Dre Johnson experiences around black people who haven’t succeeded financially as much as he has. In classic black-ish fashion, the real world nuances are explored without sacrificing the comedy.

This episode gave us the gift of Richard Hendricks telling Laurie Bream “my male ego has nothing to do with this!” As the best episodes of Silicon Valley always do, it satirized everything that Richard represents while still managing to make you feel disappointed when he suffered a blow and excited when he recovered.

This episode featured Darryl Whitefeather coming out via an entire musical episode about bisexuality and correcting the myths around it. But, what really made this episode great was what it did for Rebecca Bunch’s narrative. She took a long look at her relentless pursuit of Josh and had a revelation via the fantastic musical number “I’m the Villain.”

This episode kicks off with Jessica Huang being outraged that Melrose Place is going on hiatus for the summer. Honey suggests that she get a distraction and points her in the direction of getting a pool. This kicks off a plot with a series of Melrose Place-style twists. But, beyond the homage this episode has a strong emotional core in Jessica’s friendship with Honey.

This episode showed the relationship between Matt Murdock and Elektra Natchios, which was one of the strongest elements of Daredevil‘s second season. It was not only the sexiest episode of the season, it added a lot to Matt’s character and to the main storyline.

24. Game of Thrones: “Battle of the Bastards”

In this episode, Sansa Stark and Jon Snow prepared to face Ramsay Bolton’s army. This was a huge emotional point for the season and especially for Sansa’s character. Sansa and Jon’s scenes together in this episode were a big highlight of the season.

This episode had what ended up being the most exciting sequence of Silicon Valley‘s third season, with the Pied Piper team making elaborate plans to go behind Jack Barker’s back to build their platform. The fact that these plans were immediately ruined by their sheer incompetence– and a perfect pay off for the subplot about Dinesh Chugtai wearing a gold chain necklace– just made it better.

This year It’s Always Sunny in Philadelphia put out what might be their strongest season ever, thanks to profoundly surreal episodes like this one. The gang is confined to a one-room cruise ship jail as the jail starts to sink, which leads to incredible comedic sequences and psychological interplay.

The finale of Brooklyn Nine-Nine‘s second season wasn’t just incredibly funny, it was a genuinely suspenseful and resonant episode. The squad’s takedown of corrupt FBI agent Bob Annderson was perfectly executed and led to a great emotional pay off when we saw how close Ray Holt and Jake Peralta have become.