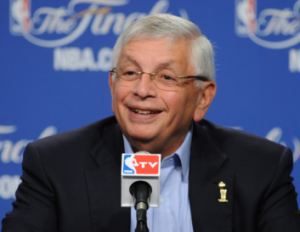 The Kings will announce Tuesday that they are naming the street leading to the front door of the new downtown arena in honor of former NBA Commissioner David Stern, whose persistent, decades-long efforts helped keep the franchise in Sacramento.

Officially, the address of the Golden 1 Center – to be submitted to the city Tuesday for approval – is 500 David J. Stern Walk. The Sacramento Bee