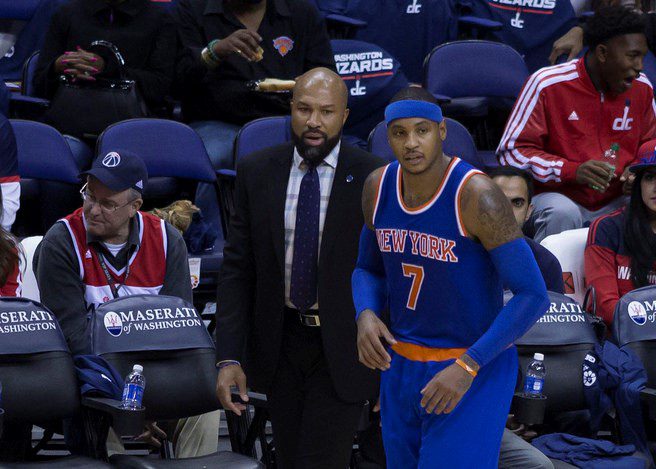 OK, so what if he was initially kicked to the curb by the New York Knicks after going an abysmal 1-9 as their head coach? Does that mean former guard, Derek Fisher, is finished with the game of basketball? Well, the whole coaching thing seems to be in the rear view mirror for the time being as he is now apparently contemplating stepping back onto the hardwood.

Sources told ESPN that the 41-year-old (soon-to-be 42) veteran has been “exploring options and expressing interest in playing again” despite him being retired from the league. Fisher himself posted a workout video on Instagram Tuesday with the hashtag “#Imnotdoneyet”.

Right now it’s easy to see that Fisher is itching to get out of the comfort of that cushy chair he sits in as an analyst for TNT and NBATV based on his intense video footage, but is it the best thing for him and/or the team that is willing to give him another shot? Also – does his AARP insurance cover season crippling stress fractures and bones broken by people named Matt Barnes?

Sure, the man is no longer that young, deadly player he once was when he, Kobe Bryant, and Shaquille O’Neal brought five championships to his beloved Los Angeles Lakers, but does that mean a comeback is out of the realm of possibility? Considering the age factor, it sure seems like it. But nothing is impossible, especially if he lands with a young team like the Sacramento Kings or even with a team overseas.

Hey, if his nursing home lets him stay out past curfew for night games, who is the league to deny him another shot? As long as he wears one of those Life Alert necklaces, he should be all good.