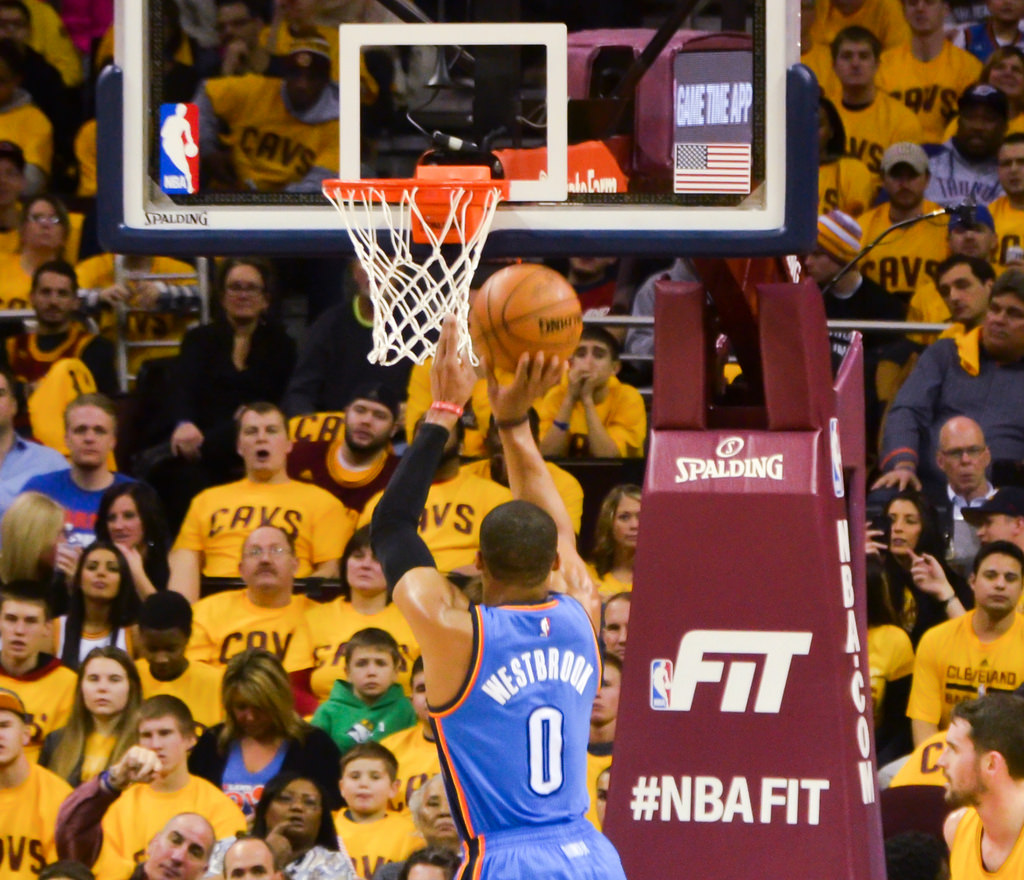 Oklahoma City can finally breathe easy. After watching three of their core four skip town, Russell Westbrook, has risen as the prodigal son who stayed. For now. Westbrook and the Thunder agreed to a three-year extension worth $85.7 million that will keep the star guard in OKC until at least 2018. This deal—similar to the extension his former teammate James Harden signed a couple weeks ago—gives Westbrook a salary bump–$26.5 million this season, $28.5 million next season, and $30.6 million option for third season–for the next two seasons with a player option for the 2018-2019 season.

This may come as a surprise to basketball cynics, but people close to the situation–most notably The Vertical’s Adrian Wojnarowski–are not surprised at all. Without Kevin Durant the Thunder now belong to Westbrook and only Westbrook. There will no longer be questions like who is taking the final shot or who should be getting more touches. The answer from now on is Russell Westbrook. For Thunder fans that can be a great thing or the worst thing ever with no in between.

No matter how you look at this extension this is a big win for Thunder GM Sam Presti. He sold Westbrook on a team that is tailored for him. Westbrook steers the offense and the supporting cast handles everything else. This gives Presti time to swing a deal for someone like Blake Griffin who is set to hit free agency in 2018 to pair with Westbrook. But above all it keeps the Thunder relevant.

If Thunder fans want to know what to expect for next season they should be watching highlights of the 2001 76ers. That team was led by a superstar point guard with a host of defending role players. Westbrook will play the role of Allen Iverson, Steven Adams will pay the role of Dikembe Mutombo, and the rest you can fill it in. Much like that Sixers team there will be no question who takes the lion’s share of the shots.

That is not to say Thunder fans should expect to reach the NBA Finals appearance this season, but Westbrook snagging the MVP trophy is far from a pipedream. One of the least talked about topics in the Durant and Westbrook narrative has been how much better Westbrook has gotten. In 2012 when the Thunder made the Finals there was no question Durant was the best player. Since then Westbrook has evolved his game and become LeBron James in guard form.

Last season—while sharing the load with Durant—he averaged 24.6 points, 10.9 assists, and 8.2 rebounds per 36 minutes. Without Durant we can see those averages balloon to who knows what. With a giant chip on his shoulder there is no telling what Westbrook can do. Just know that his brother turned enemy and his new buddies in Golden State are on high alert.