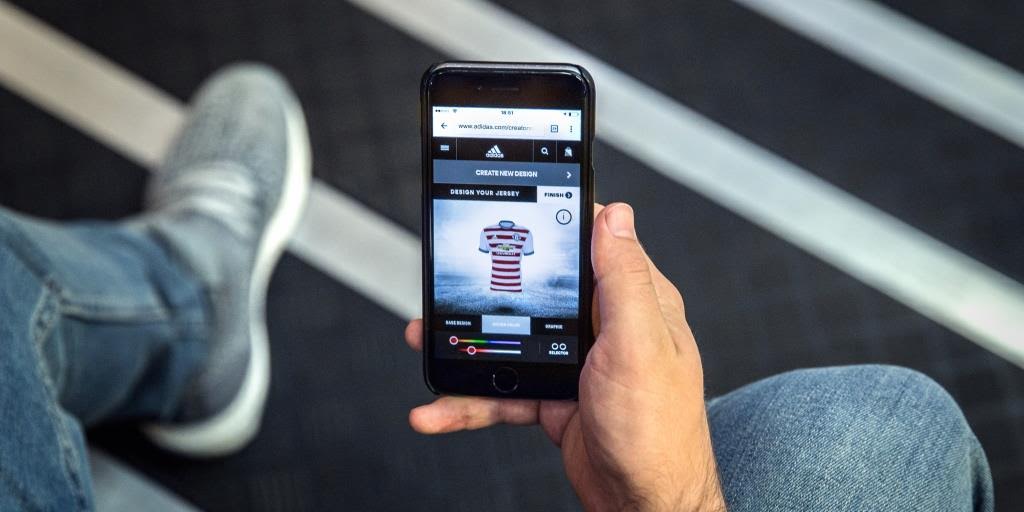 adidas has launched an initiative giving soccer fans around the world a unique chance to design the third jersey for some of the world’s biggest clubs.

Called the “Creator Studio,” adidas’ new digital platform gives fans the chance to be responsible for the third shirts that will be worn by Real Madrid, FC Bayern Munich, Manchester United, Juventus, AC Milan and Flamengo.

Fans will be able to upload and share their design online with their community through the Creator Studio, and use it as a platform to campaign for votes. Once the designs have been submitted the kits will enter Battle Mode, where fans will be given the chance to vote for their favorite kit. The kits with the most likes will be entered into a top 100 gallery per club.

The winning shirt for each team will be decided by a judging panel of some of the clubs’ most iconic players, with the winning kits going into production as the official third jersey to be worn on pitch by each team during the 2017/18 season.

Real Madrid star, Gareth Bale, said of the Creator Studio: “It’s an amazing opportunity for fans from all over the world to make their mark on their favorite club, and to be a part of the club’s history. Madrid fans are some of the most passionate in the world and I’m particularly excited to see what the club’s winning kit design looks like.”

This is the first time that adidas has put the design of its clubs’ kits into the hands of fans, providing supporters and aspiring designers with an opportunity to be a part of sports history.

Markus Baumann, General Manager Soccer at adidas said: “We are giving people a blank canvas and allowing them to create something exciting and unique. The Creator Studio is an opportunity for fans to become part of the history of some of the biggest global clubs; it’s a true first. We hope the idea of seeing their design on field next year, being worn by the players and by fans around the world, will fuel imagination and creativity.”

The Creator Studio is a mobile-optimized experience, allowing fans to submit designs on the go as well as from desktop computers. The digital experience allows creators to design the jersey of each club but excludes the shorts or socks.

To start creating your own design, visit: www.adidas.com/creatorstudio/