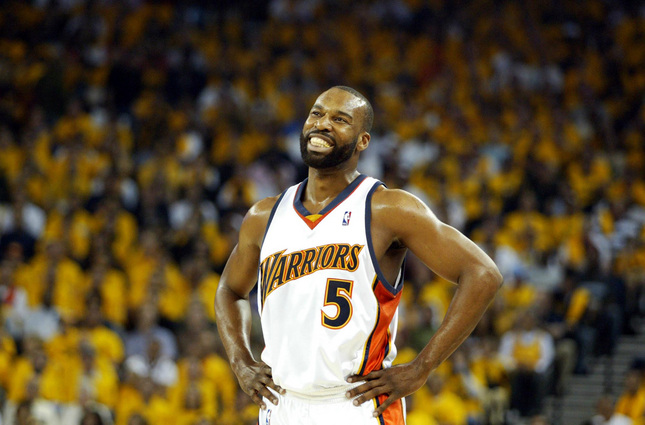 For the last five years I’ve employed a two-man advisory committee that I like to bounce ideas off of in the months leading up to the start of my Top 50 players countdown. I trust them equally and wholeheartedly when it comes to input, and I (usually) take their advice, run with it, and feel good about it after I type it all out and make it look nice and pretty for you folks to read. Overall, we make up a pretty diverse trio: One is a Kobe Bryant fan (my cousin Pauley), one is a Tim Duncan fan (my cousin Gi), and one is a LeBron James fan (me), so we each represent a unique way of thinking, and we each clearly appreciate something different about how one can succeed at the game of basketball at the absolute highest level.

Over the summer I had a chance to go back home to New York and spend some time with family. I was showing a tentative list to Gi as we were getting ready to go play some pick-up basketball, and out of nowhere he says to me “Baron Davis needs to be in the top 50.” This probably doesn’t seem significant, but in the moment it was. It should be noted that Gi’s method of input is typically more conversational than a I’m telling you that you need to do this; we go back and forth with discussion, it rarely feels like debate or like we’re trying to convince each other of something. It’s just natural. So when he made a proclamation about a guy, at the time sitting in my honorable mention category, I knew I needed to go back to the drawing board and re-evaluate some things, especially since Baron Davis is not all that similar in make-up to Gi’s favorite player, Tim Duncan.

Aside from the fact that Baron Davis and Tim Duncan were both professional basketball players, there isn’t much else they have in common from a biological, physical, mental, or career achievement standpoint. Baron Davis is a point guard. Tim Duncan is a power forward (or a center depending on what year it was or who you were talking to). Baron Davis has silly nicknames like B-Diddy and Boom Dizzle, and he probably loves both of them. Tim Duncan has slightly less silly nicknames like The Big Fundamental and Old Man River Walk, and he’d probably be annoyed that anyone would call him anything other than Tim Duncan. Baron Davis was fragile and routinely came into seasons out of shape. Tim Duncan was the consummate professional, possibly an indestructible alien, and really only missed games when Gregg Popovich would sit him because he was “old.”

So again, I didn’t understand Gi’s insistence about Baron Davis’ inclusion. I mean, I understood it on a very basic level. After all, he was one of the guys I was considering for the final few spots, but why was Gi so passionate about it? I dug a little deeper, and not everything was encouraging. Boom Dizzle shot a curiously low percentage throughout his career, worse than most of his peers on this list. He settled for contested jumpers far too often and didn’t attack the hoop nearly enough even though he had that bigger, doughier body to get into the paint, absorb contact and finish at the rim. The highest Davis ever finished in free throw attempts per game was 29th, which is a real shame seeing as though he was really fricking good when he was penetrating the defense.

It was equally problematic that Davis missed so many games during his prime years and that there were so many stories from multiple seasons that he was out of shape, or actively attempting to play himself into shape throughout the season. It’s hard to tell if he was ever fully motivated or if it was just a case where he was unluckier than most when it came to staying healthy (perhaps it was some combination of the two). Regardless of what the problem was, his legacy, reputation, and trade value, had all undoubtedly been damaged throughout the years. When New Orleans traded Baron in 2005 their uninspiring haul from Golden State was Speedy Claxton and Dale Davis. Exactly six years later the Clippers had to unload an unprotected 1st Round Pick (which turned out to be Kyrie Irving) along with Davis just to get back a depressed Mo Williams and Jamario Moon.

What makes all of this incredibly hard to swallow is that so many times during his career, maybe more so than any other inconsistently great point guard on this list, Baron Davis was downright dominant. He’s one of a handful of guys in the Top 50 to appear in the top 10 in both assists and steals per game in a season at least six times in the 2000’s. He was quick and explosive, and when he found a groove with his jump shot he was borderline unstoppable so long as he was mixing in drives to the basket too. More than anything else, Baron was completely fearless. There were times when you could see that he firmly believe he was the best guy on the floor. It didn’t matter if he was going up against LeBron, Kobe, Chris Paul or Dwyane Wade. He went toe to toe with those guys and didn’t flinch. 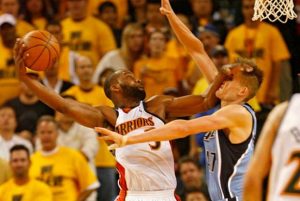 The greatest case anyone could make for Baron Davis’ legacy is what he did in the 2007 Playoffs. Even though he had already been in the league for eight seasons and made two All-Star teams, this was Baron’s coming out party. The “We Believe” Warriors shocked the 67-win Dallas Mavericks in Round 1, becoming the first 8-seed to win a best of seven series, and Baron Davis put NBA fans everywhere on notice. He was decisively better than the league’s MVP in Round 1, clearly outplayed Deron Williams in Round 2 (right around the time when everyone mistakenly thought Deron Williams was as good as Chris Paul), and just for good measure, he harshly punked Andrei Kirilenko on national television.

You can find just about all of those ’07 Warriors Playoff games on YouTube, and if you are a weirdo like me and have some time to kill I’d suggest watching them. You can’t say that Baron was the perfect point guard for that team, just because there are guys who obviously have been more skilled and more adept at playing in that sort of up-tempo system (the Warriors current point guard would have been a pretty damn good fit). But then again, Baron may have been perfect at the time. There was a tangible brashness and fearlessness to that team, and they overachieved just as much because they were so irrationally confident as they did because they were a match-up nightmare for Dallas.

The funny thing is Baron Davis was probably the only guy on that team whose confidence was rational. That wasn’t a blip on the radar for Baron. If anything, he should have maintained that level of player longer than just a three week stretch in the spring of 2007. He was always capable of carrying teams and ending the life of a lanky Russian.