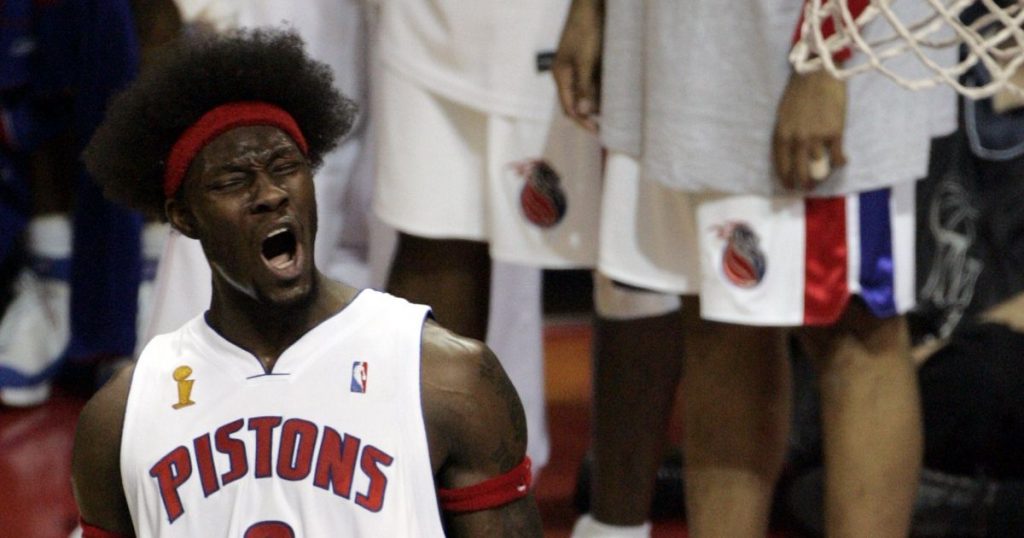 There have been 17 NBA Champions in the 21st century. For very different reasons, all seventeen champions are varying degrees of interesting. For example, the 2013-14 San Antonio Spurs are by far the most interesting version of any Spurs team that won a title, simply because the entire stylistic landscape of the NBA had changed since they won their first 21st century title back in 2003. LeBron’s move to Miami represented a monumental shift in the course of NBA history, so therefore both the ’12 and ’13 titles are undoubtedly interesting, but the title he brought to Cleveland will forever be his most interesting because of the opponent (the 73-9 Golden State Warriors), the unthinkable comeback (from 3-1 down), the Cleveland curse (52 years) and the legacy-altering stakes of his performance in the series (for many casual viewers, this put LeBron on a close-to-even plane with Michael Jordan).

All personal biases aside, the 2003-04 Detroit Pistons are probably the most interesting NBA Champion of the 21st century. I suppose this makes sense. One-time champions are more interesting than teams that got to the mountain top multiple times, just because you’re left to wonder, “How come this group only got one title? Did they overachieve or underachieve? Was it a fluke that they won at all, or that they only won once?” No one-time champion in the 21st century left quite as many questions to be asked, and answered, than the ’04 Pistons.

By just about any offensive measure, the ’04 Pistons are the worst team to win an NBA Title in the last seventeen years by a comfortable margin. Even in comparison to other teams during the ’03-’04 season, the Pistons were below-averaged. They ranked 24th in the league pace, three-pointers made and field goal percentage from inside three feet. They were 19th in field goal percentage, 18th in offensive rating and 16th in three-point percentage. Even using the always-trusty eye test, the Pistons offense was far from glamorous or aesthetically pleasing. It was clunky as hell, unimaginative and lacked any sort of spark or burst.

What the ’04 Pistons did well, better than just about any other team in the last seventeen years, was play defense. They absolutely locked teams down, and it was totally necessary since they couldn’t consistently put 90 points on the board. You know how many times the Pistons hit 90 points in their 23 Playoff games in 2004? I’ll hand it off to Edward R. Rooney to tell ya:

The Pistons had to win games in the 80’s and 70’s (and sometimes 60’s), and to do so they harassed ball-handlers, protected the rim, slowed the pace, controlled the glass, and were completely interconnected at all times. Unlike their offense, their defense was glorious to watch; it was an exhibition on how team defense in the mid-2000’s should be played.

The ’04 Pistons boast the best defensive field goal percentage, best defensive rating and best opponent field goal percentage inside of three feet of any NBA Champion in the 21st century. In the ’03-’04 they were top ten in turnovers forced, opponents free throws, defensive three-point percentage, three-pointers allowed, blocked shots and points allowed per game. The only team defensive statistic they didn’t rank inside the top ten was in steals, but even that makes sense; they didn’t gamble or take unnecessary risks. It was methodical and perfect and boring and beautiful, and more than anything else, it was staggeringly effective.

This is clearly the greatest example of the mantra “defense wins championships” proving to be a fact. You’d be giving their offense too much credit while also discrediting their defense if you suggested otherwise. They weren’t a historically bad offensive team in comparison to every other NBA team ever, but it’s not unfair to say that they were inept in comparison to every other team that has either won a title or contended for a title. So yes, that makes them much different than any other team that’s possessed the Larry O’Brien trophy since 2000.

So how did it all work? And why did I choose Ben Wallace‘s section in the top 50 to express some thoughts about the ’04 Pistons? You’ve heard it plenty of times, so one more won’t kill ya… there was no superstar on the ’04 Pistons. They were tremendously well-balanced and every starter either carved a valuable niche for himself at the time, or has had a lane created for them throughout time where their relevancy and value is easily identifiable. Tayshaun Prince was the Olympian. Chauncey Billups was the crunch-time killer and Finals MVP. Rip Hamilton was the leading scorer and the most reliable offensive option from game-to-game. Rasheed Wallace was the missing piece that Detroit had to trade for to complete the championship puzzle.

Ben Wallace was the face of the Detroit Pistons franchise, and the human embodiment of what the Bad Boys 2.0 were all about. He was undersized by traditional standards of NBA centers, but he played and looked like a mountain of man (when he had the afro unleashed and was swatting shots it was an unprecedented sight). He was limited in terms of fluid offensive skill, but made up for it by mastering one offensive skill that was only dependent on sheer will (Wallace was top three in total offensive rebounds seven straight seasons; the only players in NBA history to pull down over 290 offensive rebounds in seven or more seasons are Wallace, Moses Malone, Dennis Rodman and Buck Williams). 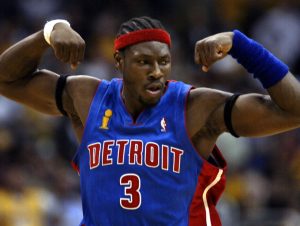 Any statistical anecdote you can come up with that is related to Wallace’s presence as a defender and rim protector and rebounder doesn’t properly put into perspective what he meant to the Pistons. You needed to watch him to get the full idea. You needed to watch him battle bigger centers like Shaq on the block for position. You needed to see him crash the offensive glass with reckless abandon on every single shot. You needed to see him fly into the play from outside of the camera view from the help-side to swat a shot at the rim. Nobody was quite like him. Nobody was a more fun defender or fun worker than Ben Wallace.

Big Ben never developed an offensive game that would have thrived any time past the 1950’s. You couldn’t throw it to him on the block and rely on him to get you a bucket, but if he was defending his opponent’s best post scorer you couldn’t rely on him to get a bucket either. It was a sacrifice the Pistons were more than willing to make. They had a blueprint to winning an NBA Championship in the mid-’00’s; it was sacrificing pace and spot for grit and physicality and force. In today’s NBA it’s hard to tell how valuable prime Ben Wallace would be. Maybe he’s nothing more than DeAndre Jordan, right down to the historically poor free throw shooting.

Regardless of what he would or could be, he the most valuable player on the most interesting team that won an NBA Title in the 21st century, and that’s good enough for me.