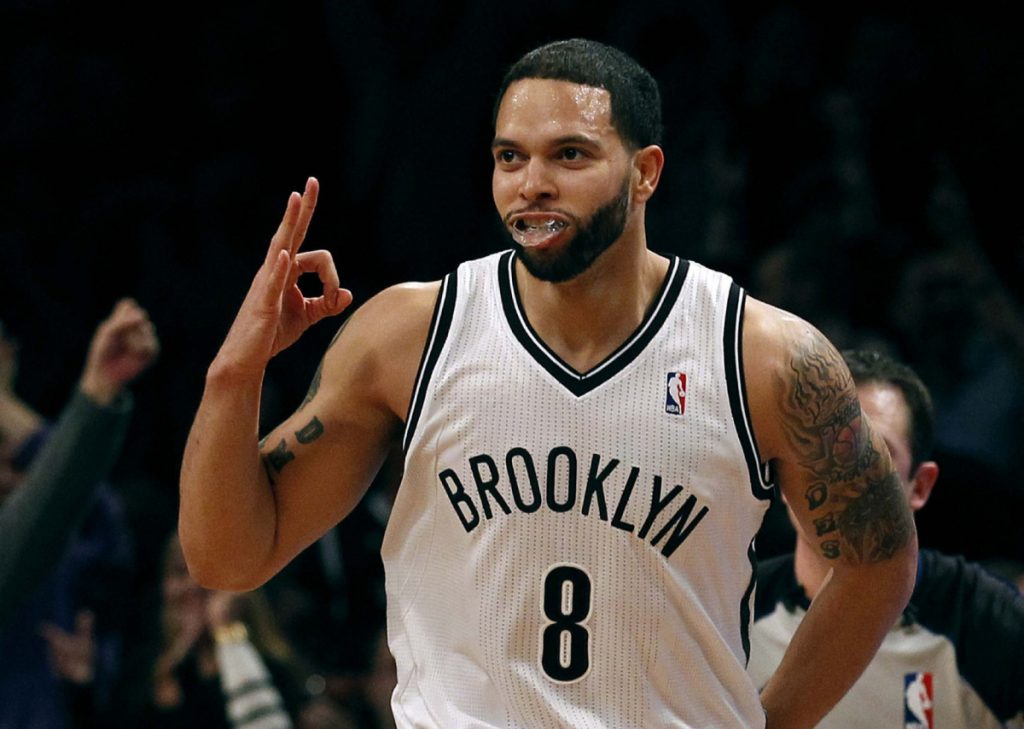 Deron Williams and Chris Paul entered the NBA on the same night, just one draft selection and ten minutes apart. They’re both point guards and they’ve both achieved a reasonable amount of professional success. For a four or five year window there was a very real conversation about who the better player of the two was. As it turns out, this conversation shouldn’t have been so prevalent for so long.

It’s impossible to talk about the legacy and career of Deron Williams without considering Chris Paul’s as well. The inverse of this is, unfortunately for Deron Williams, not true.

I had a tough time figuring out the exact timeframe when “Deron Williams or Chris Paul” was a real debate. I think I had a hard time with it because I was always a Chris Paul guy. I suppose you could make a case that it started in 2005, when the Jazz and Hornets drafted Williams and Paul with the third and fourth picks respectively (for the record, Milwaukee selected Andrew Bogut first overall, and Atlanta took Marvin Williams second, which would have made a ton of sense if A) Marvin Williams was good enough to start at North Carolina during his one and only year at college, or B) they weren’t in desperate need for a point guard). Finding the ending point is the more difficult task.

The end point really should have come when Paul devoured the NBA and put together one of the all-time great point guard campaigns ever during the 2007-08 regular season. There’s no way that Williams was capable of that kind of season-long dominance; there are very few players, let alone point guards who could have ever had such a dominant two-way season like Paul did. If there was any debate after that it should have ended when Paul got the crunch-time reps for the Redeem Team during the 2008 Olympics. Yet, if my memory serves me correctly, the narrative carried on past the Summer of 2008.

When Paul injured his knee during the 2009-10 season Williams remained healthy, remained solid, and played his way back into the conversation. It was a begrudging re-addition though. At that point any knowledgeable basketball fan understood the harsh truth: Williams wasn’t remotely capable of matching Paul at their respective bests, so the only way he could ever theoretically surpass Paul was if he remained effective long-term while Paul’s career was cut short because of injuries.

Fast forward to April 27th, 2015. Deron Williams, now a member of the Brooklyn Nets, scores a Playoff career high 35 points as the Nets defeat the top-seeded Atlanta Hawks and even their 1st Round series at two games apiece.

If someone were reading along and didn’t know anything about how this story played, they would assume after reading the previous mini-paragraph that Deron Williams once and for all surpassed Chris Paul on that night. The opposite is true. The night that Williams set his postseason career high in points and played maybe the best 4th quarter of his professional career was the night that slammed the door shut on his chance to catch Chris Paul, if that hypothetical door were even slightly open, which it wasn’t. Watching that game solidified three things I suspected were true.

1: It solidified that Paul had once and for all finished off Deron Williams because that was the kind of shit Paul was doing on a nightly basis during the 2014-15 regular season. Paul had just finished off a post-All-Star Break stretch where he averaged 22 points, 4 rebounds, 11 assists and 2 steals with 51-43-93 shooting splits. What the fuck is that? 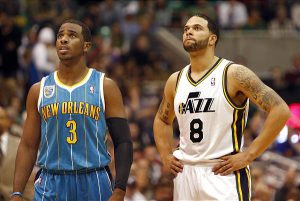 2: It solidified that Williams best days were definitely behind him, because I was really surprised by what I was watching as it was unfolding. It’s like when an aging wrestler comes back for one match after they’ve been away for five years and the crowd chants “You still got it!” at them. You don’t chant that to the guy who has been away for six months with an injury. You chant it to the guy who is a shell of who he once was who just put together a string of moves that looked about 90% as good as it used to.

3: It solidified that once upon a time Deron Williams was a supremely talented NBA point guard that was more than capable of taking over like that at any stretch in any game. There was a lot to love about D-Will’s game; he had underrated straight line speed and his change of direction on fast breaks was next level. The only thing quicker than his first step was his crossover. He was tremendously effective driving to the hoop early in his career, and over time to preserve his body he’s managed to shoot the three-ball more consistently than he did at the beginning of his career.

Unfortunately for Williams, his play on the court will probably be the third thing people remember about him. Williams ran long-time Jazz coach Jerry Sloan out of Utah, and just a few years later he quit on Nets coach Avery Johnson mid-season. In a roundabout way, if it weren’t for the “Chris Paul or Deron Williams” narrative, the most popular D-Will anecdote would be that he was one of the many talented players throughout league history that just so happened to be a coach killer. Now that comes in second to Williams not being quite as great as the best point guard of the 2000’s (spoiler alert). I suppose that isn’t an awful legacy to carry.