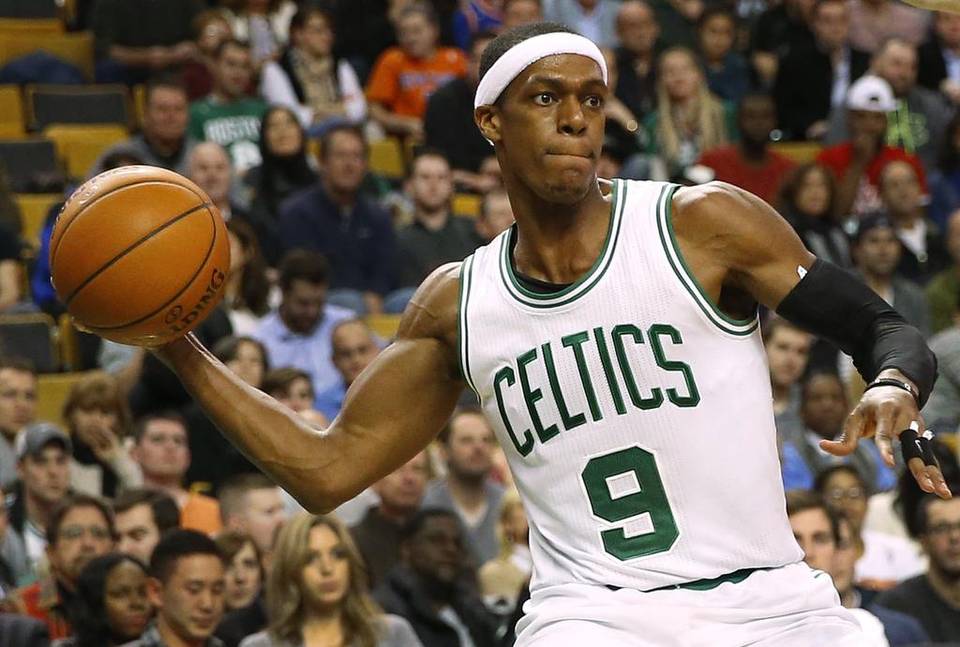 I have a well-documented love-hate relationship with the Big Three era Boston Celtics. Actually, a better way to put it would be I loathed the Boston Celtics for the entire duration of time they were either knocking my favorite player (LeBron James) out of the Playoffs or pushing him to the brink of elimination. By the time they were running on fumes around 2012/2013, I had gained a begrudging respect for everything they represented. For six years the Celtics put an emphasis on building a team with hard-working, high-character guys that were hungry to play basketball the right way and compete for championships. Whether you loved them or hated them or found yourself in a confusing middle-ground between the two like I did, the NBA was a better place when the Big Three Celtics were around.

Now here’s the irony of this situation that I was in: though hate turned to respect over time, there was one part of that Celtics team that I truly grew to love over time. As the Big Three continued to age and “three” slowly became “four,” I started to appreciate the Celtics more than I did before because the new captain of the ship was an ill-equipped flawed gamer who was unlike any other player in the NBA. Even though Rajon Rondo was a moody prick that carried himself like the on-court spawn of KG and Pierce, two players I couldn’t stand, I couldn’t help but love him.

Rondo’s Rookie season was mostly unremarkable, but while splitting point guard minutes with Sebastian Telfair and Delonte West he showed a knack for doing all of the things he’d eventually master (playing defense, being a distributor, rebounding well for his position, etc.). The Celtics liked what they saw, enough so that they kept Rondo around even as they unloaded almost every other young asset they had to acquire Kevin Garnett and Ray Allen. Even though the Celts had to be encouraged with what they saw from Rondo, it would have been nearly impossible at that time to forecast that he would someday be running the show for a team that was annually in title contention.

That first season with the Big Three Rondo was eased into the role of starting point guard on a squad that featured three future Hall of Famers. There was virtually no pressure on him to be anything other than a steady game manager who got the ball to the three stars and did as much dirty work as he possibly could. You couldn’t call that championship season a breakout year for Rondo, but his progress as a game manager and competitor was a step towards something bigger. If it were impossible to see Rondo blossoming into an All-NBA caliber player after his Rookie season, there appeared to be at least a feint possibility that something of the sort could happen after his second season.

Rather than continuing to tell the tale of Rondo’s career chronologically, let’s fast forward to May 30th, 2012. This was, as close as I can tell, the night that the career of Rajon Rondo made the most sense. It was like the scene in The Sopranos when Tony Soprano was in the dessert yelling, “I get it!” at the top of his lungs for a reason I’m not totally sure of because he had taken Peyote and I’m confident he wasn’t with it mentally at that moment. Anyway, I felt like I finally got Rajon Rondo that night.

I can’t neglect to mention that between the end of the 2008 NBA Finals and the beginning of the 2012 Eastern Conference Finals the Big Three had become a Boston Mount Rushmore of sorts. Rondo was very much on the same level as Pierce, Garnett and Allen in terms of overall effectiveness and importance to the Celts, not only because of his improvement as a player, but also because the Celtics needed Rondo to do more because Pierce, Garnett and Allen couldn’t go like they could five years prior.

So on May 30th, 2012 the Celtics and Miami Heat played Game 2 of their Eastern Conference Finals series. Boston had lost Game 1, but jumped on Miami early in Game 2 thanks to an unusual barrage of scoring from the typically passive Rondo. To a degree, this wasn’t too different from what we had seen in the first two rounds of the Playoffs … Rondo doing more than we had every seen him do, and it feeling more like it came out of necessity than because Rondo was comfortable or even capable of doing so.

It’s public knowledge that Rondo’s crooked-looking jumper had a tendency to fail him from time to time, but for the most part he was a better mid-range jump shooter than people gave him credit for. On top of that, Rondo was effective near the basket. Just as was the case with the rest of his game, there was an endearing craftiness to Rondo’s attacks. The way he could finish from all kinds of angles, incorporate pass fakes and use those massive mitts to make lay-ups look cool was a part of his interior scoring repertoire, and his aesthetic appeal. So sure, Rondo had the tools to put points on the board. The biggest hindrance to Rondo’s scoring ability was probably an unselfishness in the way he played that was both an asset and a detriment. 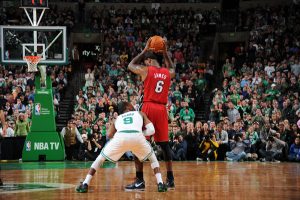 Rondo continued to score in Game 2 in part because of Miami’s design to allow him as many mid-range jump shots as he wanted. This wasn’t a foreign concept; even though by this point Rondo had become a league-average shooter from mid-range, teams were playing miles off of him because he was A) So reluctant to take that shot even when he was hitting it with any sort of consistency, and B) He was far more dangerous as a distributor. But on this night, with the Celtics collective back up against the wall, Rondo embraced the challenge and did his best to will himself to be Boston’s best guy, even if it wasn’t in his DNA or skill-set to do so. And he damn near got it done.

Rondo played all 53 minutes of the Celtics overtime loss to the eventual NBA champions. He hit 16 of his 24 field goal attempts, 10 of his 12 free throw attempts and finished the game with 44 points, 8 rebounds and 10 assists. Boston would win the next three games, only to drop the last two in one of the most memorable seven game series of the 21st Century. For the series Rondo averaged 21-7-11 and hit 49 percent of his shots, a virtuoso performance by one of the most unique players in the league. While many viewed this as a step in the right direction, it was pretty apparent to me (remember, I had an “I get it!” moment) that the Celtics ceiling was not getting any higher just because Rondo’s ceiling was.

Rondo was never meant to be the alpha dog for a great team in the traditional sense, and the Celtics certainly didn’t anticipate that this would be their reality after the 2012 postseason. By the time they traded him during the 2014-15 season, long after Paul Pierce, Kevin Garnett and Ray Allen had exited, it was an admission that an increasingly temperamental Rondo, who was coming off of an ACL tear, wasn’t capable of being the best guy on yet another contender, nor was he a major asset for a team entering a rebuild.

Rondo was always at his best when he was surrounded by versatile scorers and established vets on a team playing meaningful basketball. Motivated Rondo was something to marvel at; he always elevated his game in nationally televised contests, rivarly games and in the Playoffs, and you could count on him to do multiple things every night, motivated or not, that no one else was doing. There hasn’t been a more inventive passer over the last fifteen or so years. He saw angles that other guys didn’t see and there were a myriad of subtle ways he’d create space or a scoring opportunity for a teammate (adding an extra dribble, a change of direction move, a euro-step or one of those trademark behind the back fakes).

Rondo was as complicated a star as there was over these last fifteen years. Fearless when it came to getting in a dude’s face or defending opposing stars or attacking the basket, but cautiously passive when it came to create offense for himself late. A genius in the way he moved defenders like chess pieces with his movements and fakes, but an occasional fool for passing up wide open lay-ups to get a teammate a shot. An alpha dog in so many ways, but a role player in just as many other ways. And if you don’t totally understand who Rajon Rondo was as a player, that’s fine. He’ll always remain a riddle, but as long as you understand that you’ll never fully understand him, you get it too.