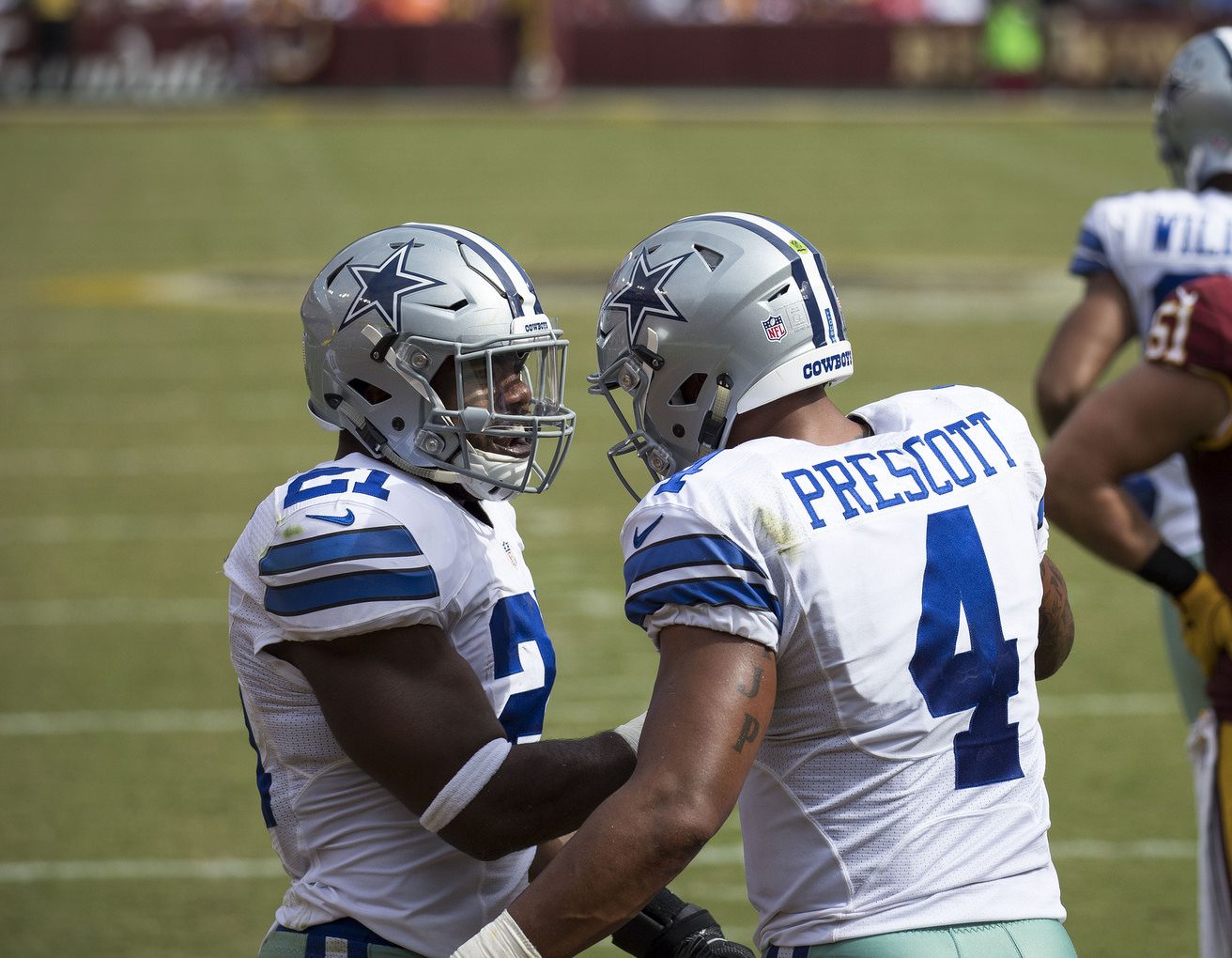 If you haven’t heard about Dak Prescott or Ezekiel Elliott then perhaps you should upgrade from the rock you’ve been living under. The Dallas Cowboys duo of rookies is breaking records and acting as linchpins in the 5–1 to start the 2016 season. But for all their individual accomplishments there does seem to be enough praise to go around.

The question is who deserves the lion’s share of the credit?

Let’s break it down.

Rayne Dakota (Dak) Prescott was a 4th round project pick the Cowboys didn’t want. The Cowboys were looking at Carson Wentz or Paxton Lynch. It was unlikely the team was going to go with a QB with the 4th overall pick, but with the 34th overall pick the team was playing with the idea of trading back into the later stages of the first round to land one of their guys. These ideas were dashed when the Philadelphia Eagles traded up days before the draft to secure the 2nd overall pick (Wentz) leading to the Denver Broncos trading up on draft day to select Lynch at 26. Prescott was expected to be buried on the depth chart, or even on the practice squad, behind Tony Romo, Kellen Moore, and Jameill Showers. Then Moore got hurt, Romo was being held out due to past injuries, and Prescott outplayed Showers in practice. When Romo went down with an injury in the preseason Prescott stepped into the starting role that he hasn’t even come close to relinquishing. Along the way he’s done nothing short of outstanding work. He’s set the rookie record for passes without an interception to start a career. He’s set an NFL record of passes to start a career without an interception (surpassing some guy named, Tom Brady). He’s passed for 7 touchdowns, run for 3 more, and helped guide his team to a 5–1 record.

Ezekiel Elliott was the 4th overall pick in the draft. As a former high school track star and Heisman Trophy front-runner there were high expectations. Those expectations grew when the Dallas Cowboys, boasting a very good offensive line, drafted him. They blew up when Zek made the offhanded comment that he had “the easiest jobs in America”. Oddly enough, he might be proving his point. In the Dallas win against the top ranked running defense of the Green Bay Packers Zek set a rookie running record with four straight games of 130+ yards rushing in each of those games. Zek is now over 100 yards ahead of the next closest challenger for the league lead in rushing yards. He is also averaging around 117 yards a game, when no one else is averaging over 100.

Certainly going into the season the expectations were higher for Zek, however he has lived up to them and then some. The man is doing what no one else has. The knock here is that he should be doing this. Darren McFadden surpassed 1000 yards last year with this offensive line, and he missed several games.

Prescott has done more than anyone could have ever dreamed. His passer rating and completion percentage are among the best in the league, beating out players like Aaron Rodgers and Drew Brees. With that said, the argument of his credentials is he’s only averaging 250 yards a game and just over one passing touchdown. He’s enjoying the winning success based on the strength of the running game and the surprising play of their defense.
In all fairness to both parties one could not exist without the other. We saw the run game of the Cowboys suffer last season when other replacement quarterbacks who are not to be named were unable to make quality throws to keep the defense honest. We’ve seen good quarterbacks become less than impressive when defense’s are able to rush their throws and shift guys out of the box into coverage. However, to avoid the cop-out answer, if you must heap praise on someone then let it be Dak Prescott. The pressure put on quarterbacks in the NFL is pretty intense. It magnifies when it’s the Dallas Cowboys, and only intensifies further when you’re filling in for a player like Tony Romo. The fact that he’s remained so calm both on and off the field, saying all the right things, and still seeming so humble is why he gets my vote.

My vote is by no means a knock against zek. He has been everything he was billed to be.

What it get’s down to is that none of us ever expected Dak Prescott’s name to be inscribed into the record books with Hall of Fame players while filling in as Tony Romo’s backup.