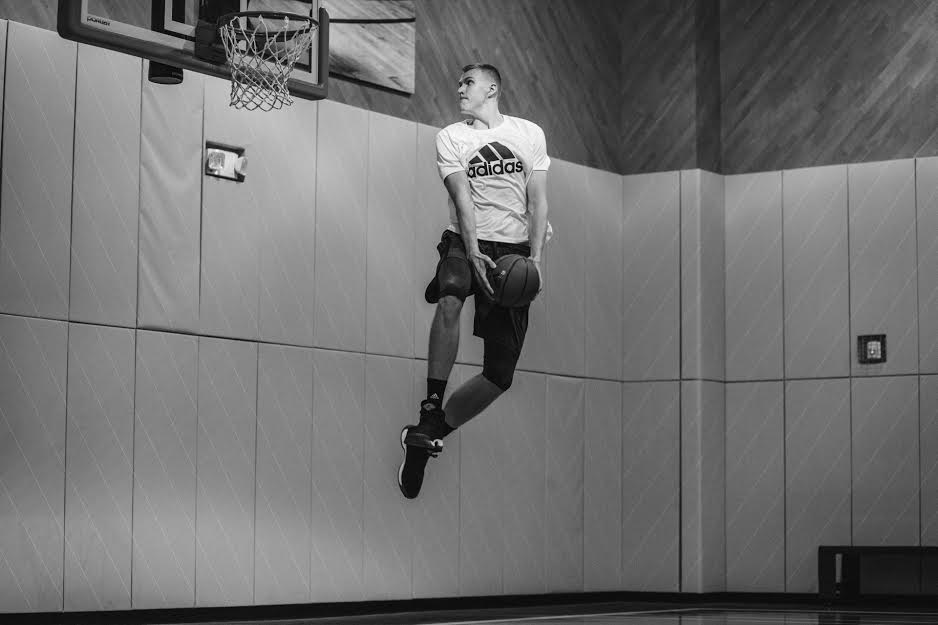 Kristaps Porzingis of the New York Knicks has joined the adidas Basketball family. The young superstar is entering just his second year in the NBA and has already made significant waves as a leader on the court. Porzingis will bring his one-of-a-kind game and personality to the most progressive footwear and apparel brand in the world.

The Latvia native rewrote NBA record books by becoming the first rookie in league history to post more than 1,000 points, 75 three-pointers, 500 rebounds and 100 blocks. Kristaps utilized a seven-foot-three wingspan and dominance in the paint with smooth ball handling, sharp-shooting beyond the arc and poster throwdowns on his way to recording 14.3 points, 7.3 rebounds and 1.9 blocks per game. He also finished eighth in the league in blocks and earned NBA All-Rookie First Team honors. Prior to being selected by the New York Knicks at No. 4 in the 2015 NBA Draft, Kristaps played with Baloncesto Sevilla in Spain where he laid the groundwork for his professional career. He takes a family-first approach and exudes a passion for building the game of basketball in his home country of Latvia. 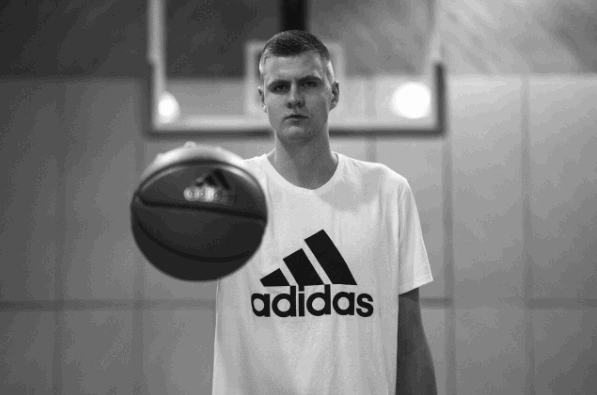 “I’m happy to be here and it just felt right to be with adidas. There’s a lot of excitement right now, and I feel like it’s the right fit for me,” said Kristaps Porzingis. “A city like New York is hungry for success in basketball, and I believe adidas will help take my game to the next level. I’m a unique player and adidas is a unique brand. I’m just excited to join the family.”

The Knicks’ second-year forward joins the ranks of an adidas basketball roster highlighted by NBA All-Stars James Harden of the Houston Rockets, Damian Lillard of the Portland Trail Blazers, Kyle Lowry of the Toronto Raptors, 2015 Rookie of the Year Andrew Wiggins of the Minnesota Timberwolves and 2016 WNBA Finals MVP Candace Parker of the Los Angeles Sparks.

“There has never been a player in the league like Kristaps and his love for basketball culture speaks volumes,” said Michael Ladinig, adidas Sr. Director Sports Marketing. “He’s changing how the game is played and is an ideal ambassador for adidas as we continue to evolve on and off the court. Kristaps joining team adidas will show fans in New York and worldwide what the next generation of adidas Basketball is all about. We can’t wait to build the future together.”

Kristaps will lace up adidas Basketball’s newest franchise, Crazy Explosive, in a variety of colors for the 2016-17 NBA season. He will play a collaborative and instrumental role in driving performance insights to create new footwear and apparel, while also being featured in upcoming brand campaigns, activations and global athlete tours.