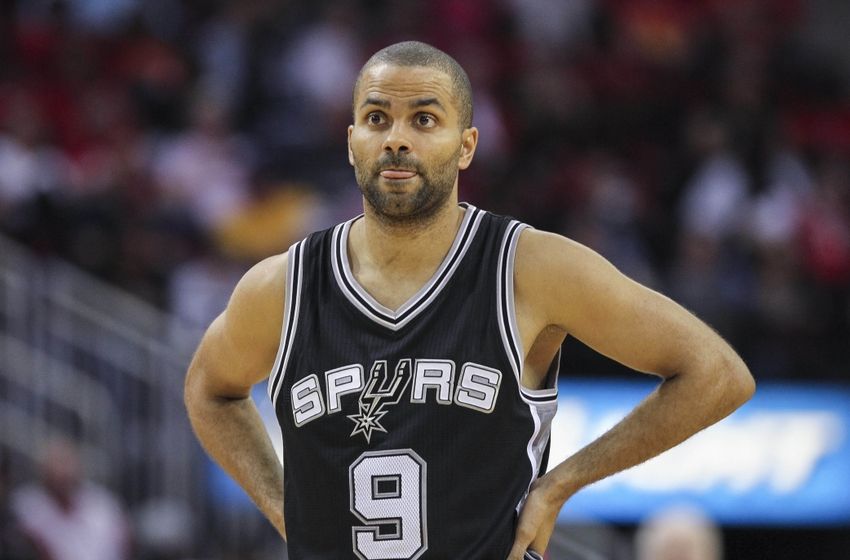 It’s really tempting to look at a guy like Tony Parker and wonder “What if he didn’t land in such a perfect situation in San Antonio?” It’s definitely crossed my mind, and I’m sure whenever you’ve ever sat down and seriously contemplated where Tony Parker would rank on a list of the Top 50 NBA Players of the 21st Century it has crossed your mind too. Wait, none of you guys have done that? I’m the only one? Shit.

Well here’s the thing: it’s fine to think about Parker like this as long as you can differentiate Parker’s actual career trajectory from what it could have been if he wasn’t paired with Tim Duncan and Gregg Popovich for fifteen seasons. For just a second, let’s examine a scenario where Parker didn’t have the luxury of being a Spur for the duration of his career. And for what it’s worth, this isn’t completely fabricated or wholly made up … the events that I’m about to lay out actually almost happened.

Let’s set the clocks back to June 2003. The San Antonio Spurs faced the New Jersey Nets in what would turn out to be the least watched and lowest rated NBA Finals series to date. San Antonio was favored in what was expected to be a boring, aesthetically displeasing series, but nearly more important than the result of the series was the subplot going on behind the scenes; a potentially history altering move in the upcoming free agency period.

Rumor had it that Jason Kidd, the best Point Guard in the NBA, and the San Antonio Spurs, the soon-to-be NBA Champions, had mutual interest in each other. The Spurs wanted to team Kidd with Tim Duncan (the reigning MVP) and Kidd had at least thought about leaving New Jersey for San Antonio. This was especially awkward at the time since Kidd’s Nets were playing those very same Spurs, and the Spurs young French Point Guard Tony Parker had to deal with the rumblings of whether or not the Spurs would pursue Kidd, the Point Guard whom Parker was just facing in the Finals, in free agency and either A) Move on from Parker entirely, B) Play Kidd and Parker together, or C) Play Parker as Kidd’s back-up. This surely sounds like an NBA soap opera. It also is slightly similar to the Kevin Durant/Golden State Warriors situation we just saw play out before our eyes this Summer.

Now we all know how things played out in real life: Kidd played a solid series, Parker was shaky enough that Pop resorted to playing the immortal Speedy Claxton down the stretch in the series-clinching Game 6, and the Spurs did indeed woo Kidd with a 5-year, $80 million deal. Kidd ultimately rejected San Antonio’s offer in favor of New Jersey’s 6-year, $100 million offer. San Antonio went on to win three more NBA Titles over the next eleven years, Kidd finally won one in 2011 with Dallas. But for a moment, let’s assume that Kidd accepted that deal and joined the Spurs. This means:

3: Tony Parker would not be a member of the San Antonio Spurs today. 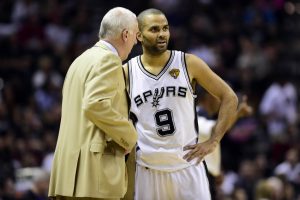 In retrospect it’s easy to look at the situation and say that things could have worked out between the Spurs and Parker even if Jason Kidd did sign with San Antonio. After the fact Gregg Popovich has said that it was his plan to play Kidd and Parker in the starting line-up together, though this seems unlikely to me since Manu Ginobili burst onto the scene in 2003, defensive ace Bruce Bowen was solidly San Antonio’s starting Small Forward, and the Spurs were now in need of another big man since David Robinson had recently retired. My guess is the Spurs would have tried to move the 21-year-old Parker for a starting Center without flinching. Then you go to war with Kidd, Ginobili, Bowen, Duncan and someone who is an upgrade over the trash Center’s San Antonio paired alongside Duncan in the frontcourt for the decade that would follow (ya know, someone who wasn’t Nazr Mohammed, Fabricio Oberto, Rasho Nesterovic, or Francisco Elson).

So what does that mean for Parker? It means he’s probably not a four-time NBA Champion and he’s definitely not the 2007 NBA Finals MVP, which he shouldn’t have won Finals MVP anyway … why should we be surprised that he had his way with Eric Snow, Boobie Gibson and a gimpy Larry Hughes? He never gets a chance to grow as a player and as a person in the fortress of perfection that is the San Antonio Spurs organization. He probably never meets Eva Longoria since he wouldn’t be playing deep into the postseason and raising his public profile, so maybe there isn’t the subsequent marriage, insane fascination with Longoria during games, and eventual divorce. Maybe if he didn’t have a stellar NBA career he would have just set his mind to becoming the greatest French Hip Hop artist ever.

You know what else likely happens? The Spurs probably aren’t competing for titles into the 2010’s. Once Duncan (and Kidd) entered the twilight of their respective careers they would have had to turn the team over to Ginobili alone. As the NBA’s tempo picked up and space was valued and the necessity for an elite pick and roll offense grew, the Spurs wouldn’t have been able to evolve like they did unless they were able to steal someone late in the 1st Round of the Draft to be the heir apparent to Kidd. The “prime” of the Spurs was extended largely because Parker evolved from a game manager to an All-NBA caliber player.

Despite the fact that San Antonio’s future plans may not have included him, Parker remained a Spur and grew with the organization. Over time the keys to San Antonio’s metaphorical car were handed to Parker and the team began playing with his personality. The Spurs have become more fun, fast, and efficient over time, a reflection of Parker’s style of play. He’s one of the deadliest pick and roll ball-handlers in the league, armed with an automatic mid-range jumper and a long menu of moves attacking the basket. And speaking of attacking the basket … few small guards have been as effective scoring in the paint as Parker has (Parker’s career shooting percentage from three feet and in is 65% … Jason Kidd’s is 55%, Russell Westbrook‘s is 58%, Chris Paul‘s is 61%, Stephen Curry‘s is 64%). He’s a blur in the open floor and a real-life fucking tornado whenever he puts some poor sap in that patented spin cycle. Seriously, why do you think Norris Cole is playing in China now?

If you want to say that Parker’s career wouldn’t be the same if he wasn’t a Spur for fifteen years you aren’t wrong. But you have to at least acknowledge that Parker’s transformation as a player, his resilience as a person, and his subtle/misunderstood dominance warrant him a spot high on this list. All things considered, I’d say San Antonio was fortunate things with Jason Kidd turned out the way they did.