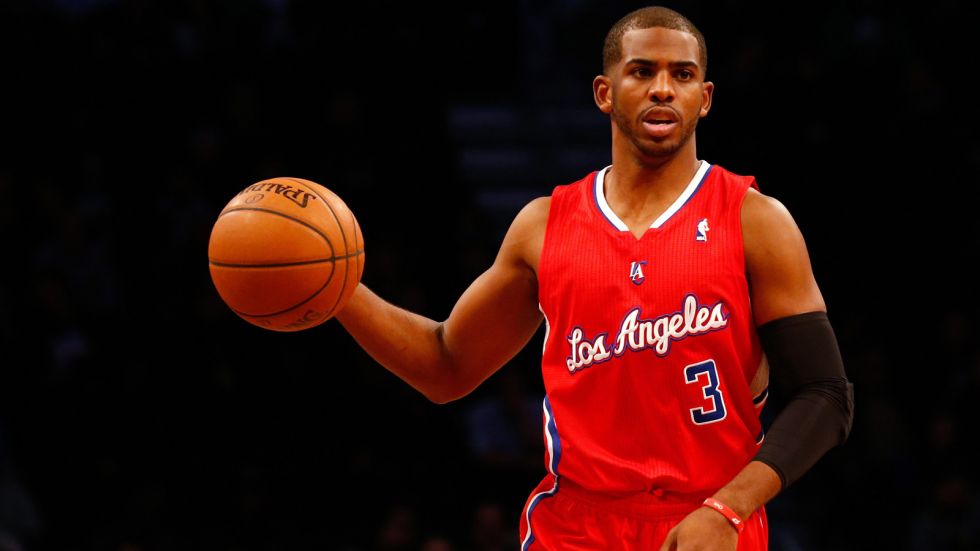 When you take the time to think about a players career or legacy there are two questions that are popularly asked, mainly because the answers to those two questions matter more than the answers to any other questions you could ask about a basketball player. Both questions are simple in nature, yet they can be rendered useless if the answer to each isn’t well thought out. One question is asked much more often than the other, even though it requires a whole lot more deeper thinking and a more expansive understanding of outside influences than the other does. Sadly though, people typically give a lazy, black or white answer when faced with that question. The latter point is definitely true for Chris Paul.

Question No. 1: Did Chris Paul overachieve, underachieve or achieve the right amount during his career?

This is the more polished and complex version of the maddening “How many rings does he have,” question that blinds some of the smartest sports fans. No, Chris Paul has not won an NBA Championship ring. He’s famously never advanced beyond the 2nd Round of the Playoffs, and that, is where the conversation ends for many people … people who move on simply because Paul doesn’t have a deep postseason run on his resume … people who look past the fact that Paul has been on a team with home-court advantage in Round 2 only once in his career … people who ignore Paul’s steady production in elimination games (Paul has averaged 21 points, 6 rebounds and 10 assists per game in 13 career Game 6’s and 7’s). Just to clear things up, let’s go year by year and figure out whether or not Paul overachieved, underachieved or achieved the right amount.

2008: Paul’s Hornets were the No. 2 seed in the Western Conference and lost in Round 2 against the defending NBA Champion San Antonio Spurs. The Hornets did lost Game 7 at home, but it’s hard to argue that New Orleans was more talented that San Antonio. I’d say the Hornets (and Paul) achieved the right amount in 2008.

2009: Paul’s Hornets were the No. 7 seed in the Western Conference and lost in Round 1 in five games against the Denver Nuggets, who came within two wins of making the NBA Finals. I wouldn’t say the Hornets should have achieved more than they did, but the fact that they lost by 58 points at home in Game 4 definitely leaves a sour taste in your mouth. If you’re a Point Guard of Chris Paul’s caliber you can’t let your team get routed by 58 points. And you damn sure can’t score just 63 points in a game.

2011: Paul’s Hornets were the No. 7 seed in the Western Conference and they lost in Round 1 in six games against the defending two-time defending NBA Champion Los Angeles Lakers. You might have a different perspective, but I’m opting to say that Paul overachieved by grabbing two games against the Lakers. His best teammates were Trevor Ariza, Emeka Okafor, Carl Landry, Marco Belinelli and Jarrett Jack. After that it was Aaron Gray, Willie Green and Jason Smith. Paul going to war with those dudes is the NBA equivalent of engaging in a land war in Russia.

2012: Paul’s Clippers were the No. 5 seed in the Western Conference, defeated Memphis in seven games in Round 1 and were swept by San Antonio in Round 2. There’s no reason to think that LA should have put up a fight against San Antonio (remember how invincible the Spurs looked for the first ten games of the 2012 Playoffs?), and it speaks volumes that the Clips, with Vinny Del Negro at the helm, won a Game 7 in the Grindhouse in Memphis (Paul was the leading scorer in Game 7). I’d say the Clippers overachieved.

2013: Paul’s Clippers were the No. 4 seed in the Western Conference and lost in Round 1 in six games to those same Grizzlies they beat the year prior. Now on the surface you’d say that the Clips underachieved, but if you decided to dig deeper (or just think really hard about the circumstances surrounding the series) you’d remember that Blake Griffin was playing with a sprained ankle, and he re-aggravated it so badly that he could only give the Clips fourteen ineffective minutes off the bench in Game 6. Meanwhile, DeAndre Jordan, Lamar Odom, Caron Butler and Chauncey Billups rounded out the starting five … in the year 2013.

2014: Paul’s Clippers were the No. 3 seed in the Western Conference; they won an instant classic 1st Round series against the Warriors in seven games (sadly this has been our only Clips/Warriors Playoff match-up) and lost to the Oklahoma City Thunder in Round 2 in six games. This isn’t a scenario where Paul underachieved, but it is one of the major talking points for any detractor of Paul’s career. With the series tied 2-2, the Clippers led by seven … ya know what, just watch how everything played out. If you’re a Clippers fan, take a few shots of vodka before watching this.

That loss wasn’t an underachievement per se, but that hurts. I guess I don’t need to tell ya that the Clips lost Game 6 in Los Angeles.

2015: Paul’s Clippers were the No. 3 seed in the Western Conference; they won an instant classic 1st Round series against the Spurs in seven games (capped off by a dramatic Chris Paul game-winner in Game 7) and lost to the Houston Rockets in Round 2 in seven games, and if the Clippers collapse in 2014 against the Thunder was bad, then their collapse in Game 6 at home in the Conference Semi-Finals against the Rockets was downright catastrophic. Clips fans, just pack it in. Don’t do it to yourselves. Don’t click on that play button.

Oh shit, you hit the play button. That’s what a 19-point lead being blown in 14 minutes at fucking home looks like. And the Rockets didn’t squeak one out … they won by 12. That’s a 31-point swing in 14 minutes. The only choke job worse than that in the last 18 months was done by Democrats and Republicans for allowing Hillary Clinton and Donald Trump to run for President. Way to look out for best interest of the country y’all!

Anyway, the Rockets overachieved in 2015, and the Clips underachieved. LA was the 2nd best team in the Western Conference … I’m almost sure of it.

2016: Paul’s Clippers were the No. 4 seed in the Western Conference and lost in Round 1 in six games to the Portland Trailblazers. The Clips underachieved, but Chris Paul and Blake Griffin were both sidelined with injuries mid-way through the series. By the end of it all Austin Rivers and the old guy who looks like Paul Pierce were the Clips best late-game scoring options. 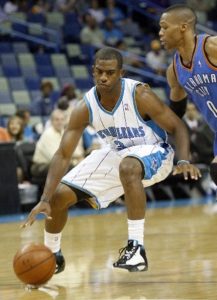 So what did that exercise tell us? Most importantly, it tells us that Paul was only once on a team that should have made it further than the Conference Semi-Finals. It tells us that for the most part Paul has carried his own in the Playoffs, and his two most notable career moments (one good, one bad) have come in crucial postseason games. Every great player has had postseason shortcomings and Paul is no different. Considering how terrific Paul has been for over a decade, it is indeed an anomaly that he hasn’t made a Conference Finals, but pinning Paul’s postseason failures solely on him would be taking the easy way out.

Question No. 2: How talented was Chris Paul?

Yeah, the second question is that straight-forward, and it’s usually overshadowed by an answer to another question that is largely dependent on outside factors that one player doesn’t have any control over. But only Paul determines how talented he is, and for my money, he’s among the most talented basketball players to ever live; someone who could have thrived playing in any era. He would have devoured defenses in the up and down 1980’s just as well as he would have during the rock-fight 1990’s where there was an emphasis on hit mid-range jumpers and playing handsy defense.

He’s arguably the most technically sound Point Guard in league history. He’s the model of excellence when it comes to the mid-range jumper, the deadliest weapon in his scoring arsenal. One of the most exhilarating moments that could happen in a basketball game is when some unassuming lumbering big guy gets stuck on a switch guarding Chris Paul on the perimeter. He might as well sit down Crisscross Apple Sauce right where he’s standing and concede that Paul, or a teammate of Paul, is getting a bucket. At least if he’s sitting down he won’t need to embarrass himself trying to dance with one of the best ball-handlers to ever live. He’s almost equally effective attacking the basket and few players ever better at throwing lobs towards the rim or pocket passes in the tiniest crevasses of the defense. Speaking of defense, he’s the best defensive Point Guard of the 21st Century; the smallest iso-stopper in the league and a menace to unassuming ball-handlers to think they can dribble without care when Paul is around.

And consider this: Paul’s true prime lasted two years. During the 2007-08 and 2008-09 Paul was at his absolute apex … a blur with the ball in his hands, one step ahead of every defense, a highly skilled scorer from anywhere on the floor, and again, a downright fucking defensive menace. Sadly, a knee injury cut his prime short, but everything since is still plenty to qualify Paul as one of the best Point Guards ever.

Paul has the sixth highest career PER (Player Efficiency Rating) ever, and his career Playoff PER is among the five best since the NBA/ABA merger (the top five is Michael Jordan, LeBron James, Hakeem Olajuwon, Shaquille O’Neal and Chris Paul … a pretty elite group, and more evidence that claims of Paul’s postseason struggles are greatly exaggerated). He’s only once finished in the top ten in turnovers in a season, a ridiculous stat considering how often Paul plays with the ball in his hands. He’s mindful enough to get teammates involved all game long, but aware enough and confident enough in himself to ruthless close out games as a scorer. He’s been playing the position perfectly for over a decade long and it’s a sight to see. Lack of rings be damned, Chris Paul is one of the best to ever put on an NBA uniform.