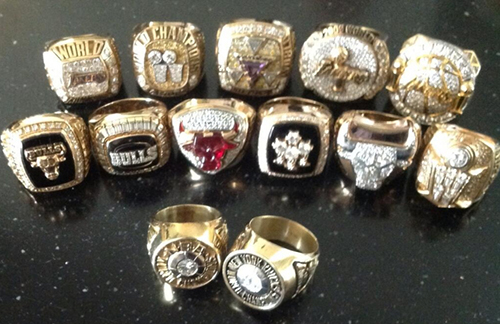 If Knicks fans think they’ve seen this movie before it’s because they have. Coming off an offseason of many moves and cockeyed optimism, the team wasted no time bringing everyone back down to reality. Through two weeks the Knicks sit at 2–4 thanks to the same problems that have plagued the franchise since James Dolan has been owner. High priced free agent Joakim Noah has been a relative bust in that the team plays as much defense as traffic cones. Major acquisition Derrick Rose has looked good, but it looks like he will be playing for a big payday versus a playoff seed. Worst of all Jeff Hornacek appears to have even less control than anticipated. The common thread in all these issues is Phil Jackson.

Entering last season I believed in Jackson. Despite some gaffes — trading J.R. Smith, Iman Shumpert, and Tyson Chandler for literally nothing — he has made smart calls in free agency and lucked in Kristaps Porzingis thanks to his old buddy Michael Jordan being even worse at his job. (Jackson was trying to trade down in the draft to take Frank Kaminsky, but couldn’t find a deal so decided to take Porzingis.) Where Jackson has completely failed has been at the coaching level. Jeff Hornacek and Derek Fisher are good coaches that will never have a chance to win in New York because of their boss’s massive ego. And I’m not talking about Jimmy Dolan, but of Phil Jackson.

Jackson’s unusual fixation with the triangle offense has kept the Knicks at a stand still since he arrived three years ago. Upon joining the Knicks he said he wanted to build a team much like the Red Auerbach teams Jackson played for in New York. It appears — although Jackson has never and will never come out and say it — that Jackson believes the best way to achieve a team culture is playing through the triangle. The triangle relies on all five players moving as one featuring a number of passes and cuts. Jackson used this offense to win eleven championships as head coach of the Bulls and then the Lakers. What Jackson seems to forget about the triangle’s success was that he was running it with four of the top 50 players to ever step on a basketball court.

Michael Jordan, Scottie Pippen, Shaquille O’Neal and Kobe Bryant are not walking through that door. The Knicks do not have a player on their roster that is even a fraction of any of these players. The game has also gotten faster and playing in the triangle is like trying to beat a Tesla with a 1991 Acura Integra in a drag race. It has been the glaring reason for the Knicks woes on offense. Derek Fisher knew the time for the traditional triangle has passed and wanted to alter the offense. Not soon after was Fisher fired and Jackson crony Kurt Rambis took over and did what he does best as head coach — lose at an impressive rate.

“We didn’t fully immerse ourselves into practicing (the triangle while Derek Fisher was coach), developing it, learning how to work with it, going through the breakdown drills to execute it properly,” Rambis said. “We kind of skirted over things. So the real learning process of it didn’t have enough time to take place. We also didn’t allow the players the kind of time that it needs to allow them to get comfortable with it.”

Despite the Knicks nosediving after Fisher’s firing Jackson was pleased with the way the team executed the triangle under Rambis.“When Kurt started coaching the team they started executing it with more structure. We saw some progress. But we have to make the next step. We have a limited amount of resources that we can deal with. If you’re in an arms races and you go out and get a hydrogen bomb and it may not be enough and you got to go plutonium.”

That statement is alarming on many levels not just because of the Knicks record under Rambis (9–19), but of the way he was coaching Porzingis. Anyone with half a hoops brain can see KP’s destiny is a stretch five. Rambis felt the 7-foot-3 should instead play small forward. If there was ever a need for any other proof to show how incompetent a mind Rambis is that thinking is it.

It’s clear that it’s not all about winning for Jackson, but about winning his way. Most great coaches are ego maniacs and few have larger egos than Jackson. But Jackson is an executive. Great executives know when to check their ego at the door. Phil Jackson is not an executive, he’s a coach. He still wants to do it, but doesn’t want to put up with the grind that coaching 82-plus games brings. To try and work around that he has placed an underwhelming crony on the bench in Rambis to act as his mouthpiece.

There is no other reason the team didn’t even bother to reach out to Tom Thibodeau, the best head coaching option on the market last summer, who actually wanted to fix the Knicks. How many brave souls want to save such a doomed franchise? Instead Jackson meandered in North Dakota until Thibs and other top candidates (Frank Vogel) were scooped up in hopes that Dolan would sign off on keeping Rambis on as head coach. Jackson even went as far to say that he would coach home games while Rambis handled away games. Dolan, to his credit, said no.

Thanks to Dolan’s sole great decision of not signing off on Rambis Jackson decided to hire Jeff Hornacek. On paper Hornacek is a solid candidate given his Jerry Sloan coaching tree and success in Phoenix when the Suns still knew what they were doing. When Hornacek was hired it was reported that the Knicks would run “elements” of the triangle, but implement the fast pace offense that Hornacek ran in Phoenix. Jackson went as far to say the Knicks would run the triangle on Hornacek’s terms because “Jeff wanted to accelerate the game and play at the pace that’s kind of, present ballplayers like to play at.”

Not even ten games into the season and that looks to be a lie. On top of Rambis remaining as associate head coach, Jackson has been scratching his coaching itch more and more. Throughout the preseason he tried to teach the triangle, but it didn’t seem to stick with Derrick Rose calling it “complicated” and “foreign”, adding that Phil was getting grumpy teaching it. Just last week Courtney Lee sited the Knicks’ defensive struggles could be linked to practicing against the triangle and not against the pick-and-roll centric offenses teams are running.

If it wasn’t obvious before now it is. The triangle is not going anywhere and Jackson will die on that hill if need be. If that is his intention he may as well do it from the sideline. We saw something similar to this with Pat Riley and the Miami Heat in 2005. Riley wanted more input and Van Gundy stepped down to spend more time as his family while the Heat went on to win the title that season. That won’t happen with the Knicks, but it’s clear Jackson wants one more shot at coaching. For Jackson it’s going to have to be all in or nothing. He’s wasted enough of the Knicks’ money, it’s time for the Mr. Eleven Rings to do what he does best.