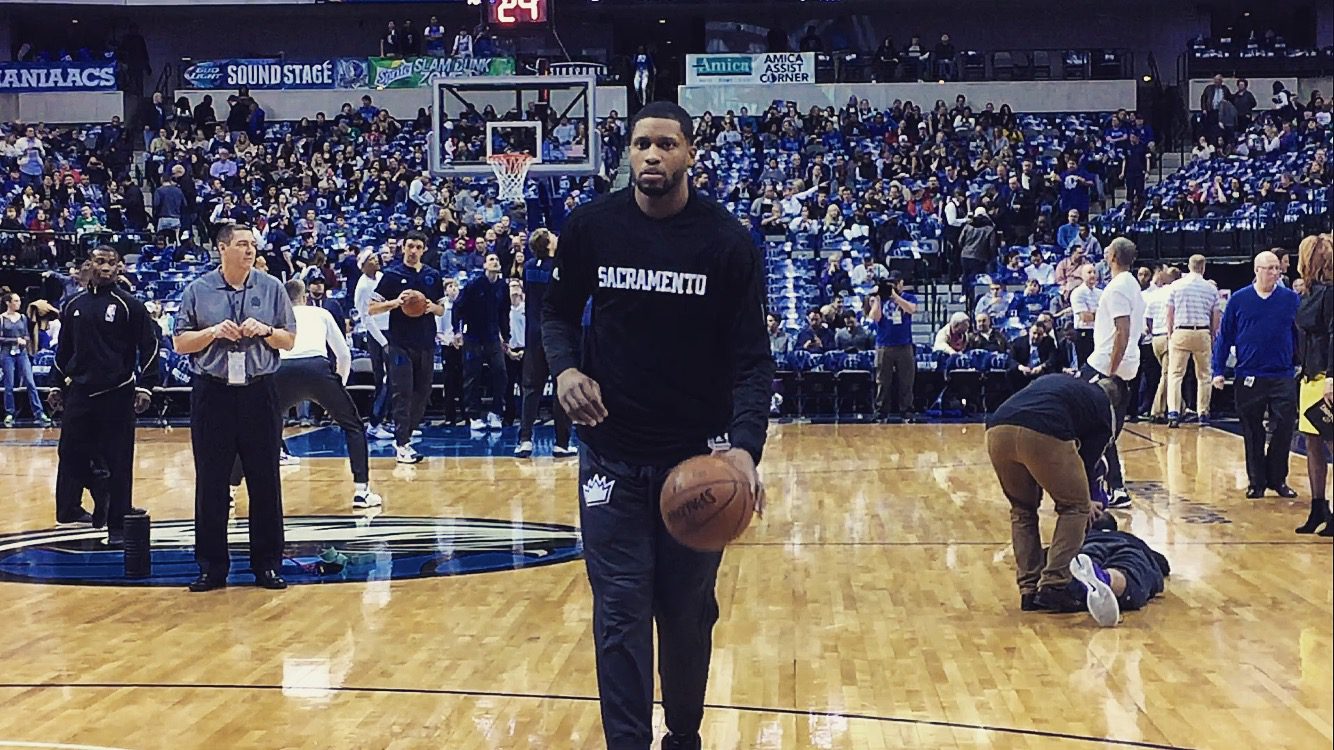 Against all odds, the Sacramento Kings (3-5) managed to salvage what had been a putrid five-game road trip with a 96-91 win over the Toronto Raptors (4-2).

After getting absolutely destroyed the night before in Milwaukee, the Kings could have easily mailed it in a few hours later in Canada, but they did the very opposite. Sacramento rallied together and came away with their best win of the season, making their flight back to Northern California a bit happier.

Rudy Gay was back for the Kings, scoring 23 points and grabbing five boards. He was desperately missed Saturday night as the offense simply was not there against a young and feisty Bucks squad. The mere presence of Gay helps Sacramento’s rhythm and flow on the offensive end and it showed against one of his former teams on Sunday afternoon.

DeRozan had been on a historic run of consecutive 30 point games to start the season but was limited to “only” 23 points on Sunday. His backcourt mate Lowry struggled mightily with his shot from the get go, finishing just 5-16 with 15 points. He was just 3-10 from three point range. As a team, Toronto shot a measly 7-30 from long distance – that’s not a recipe for winning ball games.

Neither team played great but the Kings managed to do just enough to scrape out a much needed victory as they head home to take on the Pelicans on Tuesday night. It will also be the debut of starting point guard Darren Collison, who will be returning from his eight game suspension.

The Kings hope that Collison will give them a much needed spark at the point guard position as Ty Lawson has been inconsistent and they haven’t gotten much out of anyone else. Lawson is shooting a career low 32% from the field, just 29% from three point land and ranks 33rd in the league among all point guards in turnovers per game. Beyond the offensive struggles, the undersized Lawson has a tough time staying in front of just about every opposing guard in the association.

Jordan Farmar was released by the Kings Monday morning to open up a roster spot for Collison. Farmar saw action in just two games this season but will surely be picked up by someone else around the league if not again by the Kings at some point down the road.

The Kings are off Monday, host the Pelicans on Election Tuesday, and play seven of their next eight games at home.