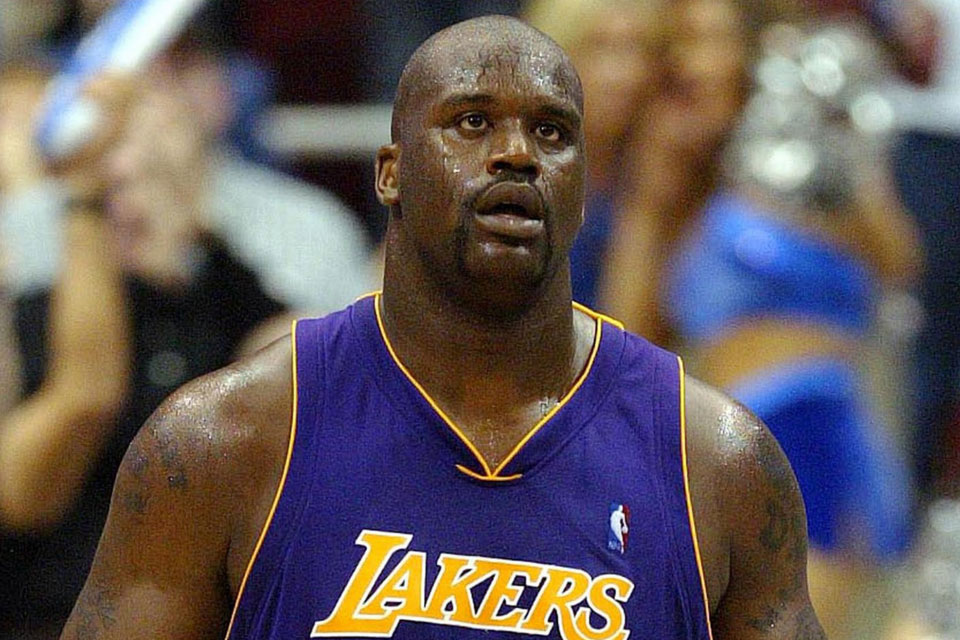 It’s tough to dispute the fact that Shaquille O’Neal, particularly the version that existed in the early ’00’s, was one of the most dominant forces in NBA history. If the term “unstoppable” ever applied to a player, it was Shaq at his apex (as long as he wasn’t, as Kobe Bryant would say, “Fat and out of shape”). Shaq had no true rival in his time (except, oddly enough, for Kobe), and even historically it would be a chore to find a Center who could have dealt with him when he was in shape and motivated. There just aren’t many dudes who have ever possessed the combination of size and skill that could bother O’Neal. That’s why for the first three seasons of the 21st century, three years when Shaq came into the postseason healthy, in shape and motivated, it was almost a guarantee that the Lakers would be competing for the Larry O’Brien Trophy in June. No, I haven’t forgotten about Kobe Bryant or Phil Jackson‘s contributions to that Lakers three-peat, but if Shaq were out of the picture then Tim Duncan would have at least one additional title and that intoxicatingly fun Kings team from 2002 would have won one as well. Shaq was the centerpiece. Shaq was the alpha dog. And Shaq brought with him a guaranteed ticket to play in the NBA Finals.

So if Shaq was indeed so dominant, and if his presence alone qualified you to title contention, why does he sit in 4th on this countdown? Well, much of that has to do with the three men yet to come on this list. Not only are LeBron James, Tim Duncan and Kobe Bryant the modern day Jordan, Bird and Magic in terms of impact on the league and placement in the pantheon, but Shaq’s body of work is cut in half thanks to the 21st Century cut-off. In reality though, even if this countdown were extended to account for the first half of Shaq’s career, he’d still end up in 4th place.

Here’s my problem with Shaq: I had to kick this section off with an explanation that if Shaq was in shape and motivated he had no true peer at his position. I shouldn’t have to say that. We can nitpick LeBron for “The Decision,” Kobe for his moodiness and semi-frequent trade demands and odd philosophy on what being a good teammate means, and Duncan for, well, I guess just being exceptionally boring … I don’t know, what can you criticize Tim Duncan for?

One thing you never needed to worry about with that top trio was if they were going to be motivated to play or if they’d be in shape when the season started. You didn’t need to be concerned with whether any of those three would opt to have a surgery just days before a training camp when they could have had it during the summer, and justify their decision to wait on the surgery by saying “I got hurt on company time, so I’ll rehab on company time.” That’s seriously bullshit and if almost anyone else were to say or do that they’d be crucified for it until the end of time.

As I said before, Shaq was the clear-cut alpha dog in LA, at least during those first three seasons of the 21st Century, but as he became increasingly threatened by Kobe’s emergence as an overqualified second option the relationship between the two soured. That more than anything else led to the demise of the Shaq/Kobe Lakers. Go back and look at the history between the two and you’ll see that Shaq was far more outwardly critical of Kobe’s character and his abilities, especially in the beginning of their run together before things got really nasty, than Kobe ever was of Shaq. Kobe had reason to go at Shaq when he did … it was in retaliation to Shaq’s barbs, and as I mentioned before, he only called Shaq out for coming into seasons overweight. That’s different than what Shaq did and said, which as time goes on, feels like an insecure and antagonistic attempt to undermine a potential torch handoff to Kobe.

Sadly, Shaq’s reluctance to pass the torch to Kobe and Kobe’s increased frustration with this development led to the demise of a dynasty that could have easily stood toe to toe with that of Jordan’s Bulls and Russell’s Celtics. Shaq could have coasted through regular seasons, playing something like 60 games. It would have been a chance to work himself into shape while leaving the heavy lifting for Kobe to handle. Then once the Playoffs rolled around O’Neal could have dialed it up and the Lakers would would have been one of the favorites to win the title (yet again) each and every postseason. That’s what they left on the table.

Just imagine the way we’d revere both Shaq AND Kobe if they were each able to put ego aside. With perhaps six or seven titles instead of four and five respectively, they would stake claim to being the most accomplished and dominant dynasty in NBA history. Now, their three titles feel more like a tease than anything else. It’s hard not to wonder what more they could have been whenever you’re considering what they were.

And that feels like a fitting place to once again look at Shaquille O’Neal, the most physically imposing professional athlete of the 21st century. He made large men look small and multiple defenders look helpless. He accomplished more in his professional career than 99 percent of athletes ever do, and yet it’s common to look at every situation he was in and wonder, “shouldn’t they have won more?” Looking back prior to the 21st Century, it’s hard to believe that Shaq, Penny and the mid-90’s Magic made just one NBA Finals. As previously addressed, you could argue that Shaq and Kobe underachieved. Even Shaq’s brief partnership with Dwyane Wade feels like there was something missing. Had Wade not injured his ribs in 2005 maybe the Heat go on to win back to back titles. I don’t know. Shaq might be the victim of a ton of bad breaks (injuries, teammates, opponents, etc.). Or maybe he just left more on the table than we ever criticize him for. 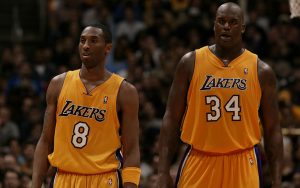 Remember, this is a man who felt compelled to make rap albums and shitty movies and build his brand during his career, and that’s perfectly fine so long as he’s not coming into multiple seasons with twenty-too-many pounds on him, skewering his coaches and best teammates to the media and dropping hints about retirement. Shaq was a larger than life personality who clearly used that to his advantage. He gave writers funny quotes and great stories, and that became the Shaq that most fans knew and loved. Well, that and the one who steamrolled Playoff opponents, literally and figuratively, to a degree we have yet to see since he exited his prime.

Over time Shaq’s dominance has aged well, but there seems to be a lack of appreciation of some of the more subtle points of his game. He was an absolutely brilliant passer, which coupled with his raw strength and size made him a bitch to handle even if you sent double-teams at him, which was a necessity when he was in his prime. Before he started routinely coming into seasons out of shape Shaq ran the floor tremendously well for a guy his size. Even though he had a God-given natural edge because of his size, a motivated O’Neal worked hard for position in the post, making it even more of an impossibility to slow him down.

All of those things make Shaq’s legacy a hard one to understand, especially when you ignore a portion where he was in the best shape of his life. Here’s what is indisputable: when motivated, even at the tail end of his prime, Shaq had no equal. Not Duncan. Not KG. Not C-Webb. Not any of the over-sized department store mannequins he savagely dismantled in the NBA Finals. He was peerless and devastating and one of a kind. And even if Shaq did underachieve, he won at an insanely high rate and had a tendency to make it look comically easy. That’s good enough for 4th on this list, a Hall of Fame ring, four NBA Titles, three NBA Finals MVP’s, a shit load of endorsement money and more nicknames than any human being needs.