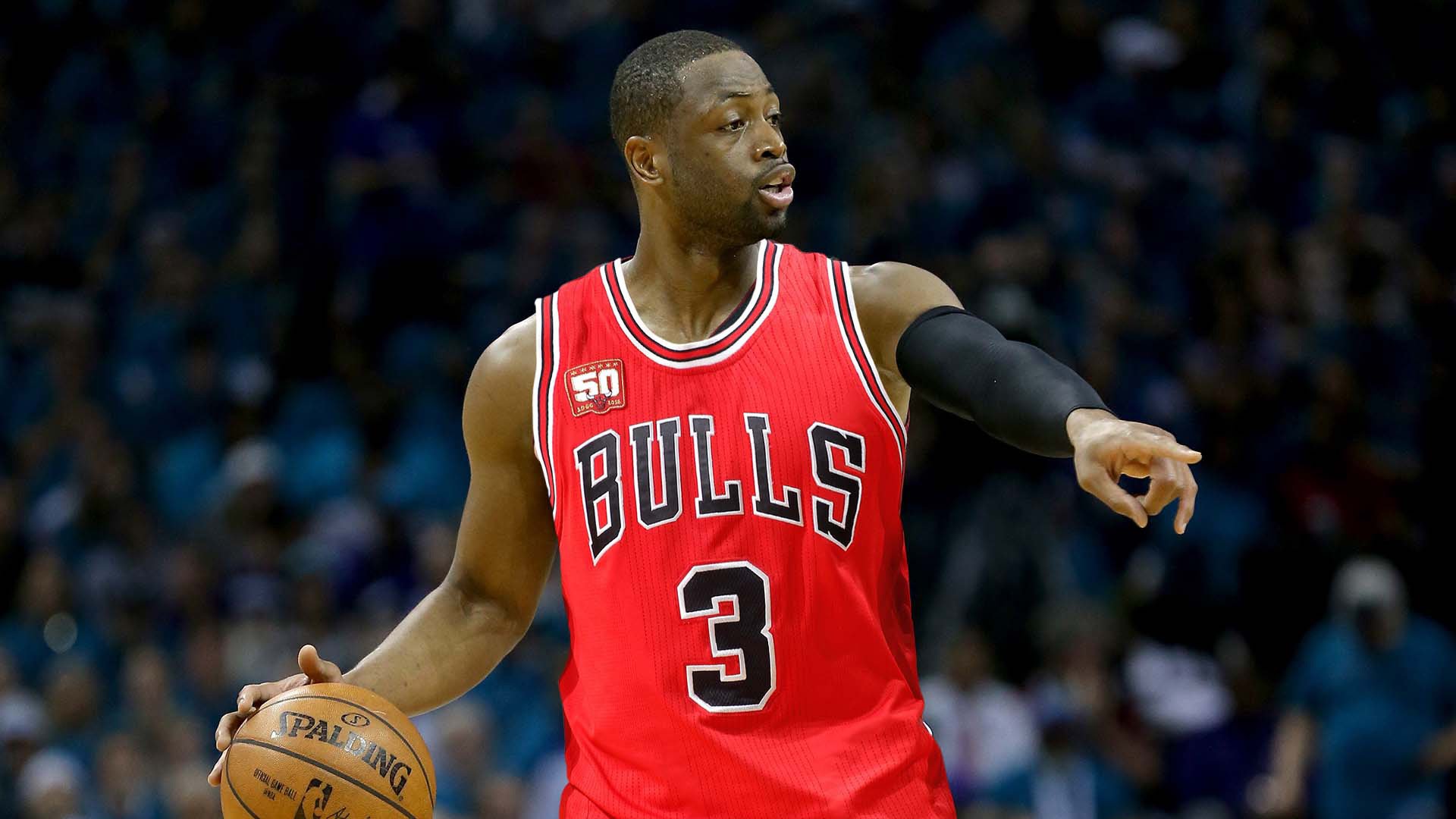 Dwyane Wade returned to Miami, rightfully hailed as the hero he was for so many years yet wearing unfamiliar colors that even after the completion of a game, still seem surreal and dreamlike.

Wade called the 98-95 Bulls victory “one of the weirdest games I’ve ever played in.” He’s certainly not wrong. His 13 points, 7 rebounds, and 4 assists along with a recap of the game’s events are secondary to the event.

The best player to ever wear a Miami Heat uniform for the first time put his uniform on in this visitor’s locker room at the AAA. He was given a raucous ovation during player introductions. At the end of the first quarter, the Heat played a tribute video, allowing the fans to salute their hero and their hero to bask in the bouquets thrown his way.

It was a fitting way to close a chapter on a 13-year bond that will forever endure. A sign above Wade when he walked off the floor most eloquently summed up the evenings proceedings. It read, “This will always be Wade County.”

As for the basketball, it was a back and forth affair fittingly punctuated by Wade getting a dubious foul called and draining the ensuing free throws to seal a Bulls’ victory. Somewhere in Dallas, Mark Cuban is delighted by the irony.

The game itself was a hard-fought battle by two dissimilar teams. The Bulls have star power – Wade, Jimmy Butler and Rajon Rondo are exceedingly well-known – but lacking a supporting cast. The Heat are a team of supporting cast players lacking any bona fide star power. Miami did everything to keep up with the Chicago – The Snarling Octopus Hassan Whiteside contributed 20 points and 20 rebounds, Dion Waiters and Josh Richardson contributed 16 points each, and Justise Winslow added 15 points on an efficient 3 of 5 night with three pointers.

Winslow also is responsible for the dubious foul with 13.5 seconds left. The Bulls held a tenuous 94-92 when Winslow was called for a foul on an inbound play that Wade embellished and would say later was a “vet call.”

In a time when so much is different, unknown, and scary – these little moments serve as reminders to all of us that the more things change, the more they stay the same. Dwyane Wade selling out for a foul call endures, regardless of the laundry he wears.

Whiteside’s 20-20 game is the third of his career, the only Heat player who has more is Rony Seikaly with 12… Goran Dragic left the game due to an ankle injury, X-Rays came back negative… Tyler Johnson hit Wade with a signature pump fake, showing the crafty veteran that the kid was taking notes… The Heat host the Jazz on Saturday.