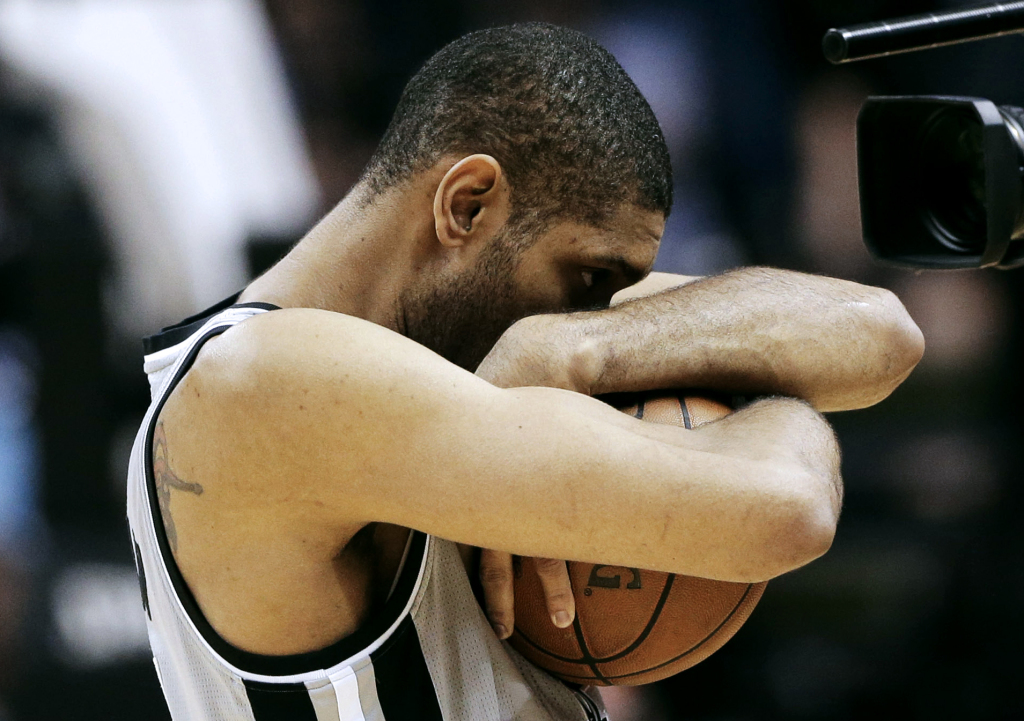 The Top 50 NBA Players of the 21st Century countdown ends concludes on Monday. If you’ve followed along so far, you’ve read something like 50,000 words of NBA content and you should honestly be rewarded for that. As much as I’d love to be able to give you something substantial, like an edible treat or a certificate or a pat on the back, I can’t do that because some of you are likely hundreds or thousands miles away. Instead, and I hope you consider this a gift, I recorded a podcast to talk about Tim Duncan.

I know, some of you are probably thinking, “Fuck, if he thinks a podcast is a gift, he’s probably the type of dude who buys socks for people for Christmas.” Just humor me. The reason I’m starting up a new podcast is because I love sports, and anyone who reads what I write probably has a love for sports too. If you do and you want to come on the podcast and chat about anything that interests you, then I’d love to have you. You probably know some way to reach me. If you are unsure, you can follow me on Twitter and get after me there.

This is also the reason why I invited my cousin Gianni Zambito to be the first guest on my new Pod. He is, unequivocally, the biggest and longest tenured Tim Duncan and San Antonio Spurs fan I know. Granted, I don’t know a single Spurs fan aside from him, but his love for Duncan and San Antonio dates back to 1997 when the Spurs selected Duncan with the 1st overall pick in the draft.

Not only would the next two decades be drastically altered for the Spurs, to a great degree, Gi’s life was altered as well when he locked into Duncan when he was five years old back in ’97. When you really love a sports team or an athlete, it’s like choosing a mate. You make the choice based on a variety of different factors that are important to you specifically. Ideally, things go smoothly the entire time. The truth is, like most romantic relationships. There are ups and downs, good times and bad times. But when you really love that player or team, just like when you fall in love with another human being, you stick with them through thick and thin. 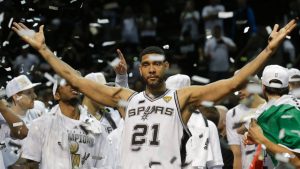 For Gi, it just so happened he entered into one of the most beautiful fan/athlete marriages any one could have. Duncan is inarguably one of the most accomplished, respected and dominant athletes of this or any era. It was hard for fans with a direct rooting interest in opposition to loathe the guy; he was unloathable. Just imagine if you were someone who had his back from day one.

That was Gi, and in the last nineteen years Duncan gave Gi, Spurs fans, and the entire San Antonio Spurs organization 19 years of unmatched excellence and professionalism. He won five NBA titles and could have won as many as eight if a few breaks went his way (Derek Fisher‘s miracle buzzer beater in ’04, Ginobili’s foul on Dirk in ’06, Ray Allen‘s ridiculous game-tying three in ’13). He won two MVP’s and was in contention nearly a dozen more times. He was the best interior defender in the NBA in the 21st Century and maybe ever, yet he never won Defensive Player of the Year. He never received the mainstream attention guys like LeBron, Kobe, Wade, Shaq, Iverson, Dirk and handfuls of other players who had their time near the top of the league.

Near the end of the pod I asked Gi what he would eventually tell his not newborn son (you’ll get this joke if you listen to the podcast) about what it was like being a Tim Duncan fan. His 90 second answer will tell you everything you need to know about Tim Duncan and what it means to be a sports fan.

So anyway, if you get some time, I’d love for you to listen to the first episode of Sonny Talks Sports. More to come soon!