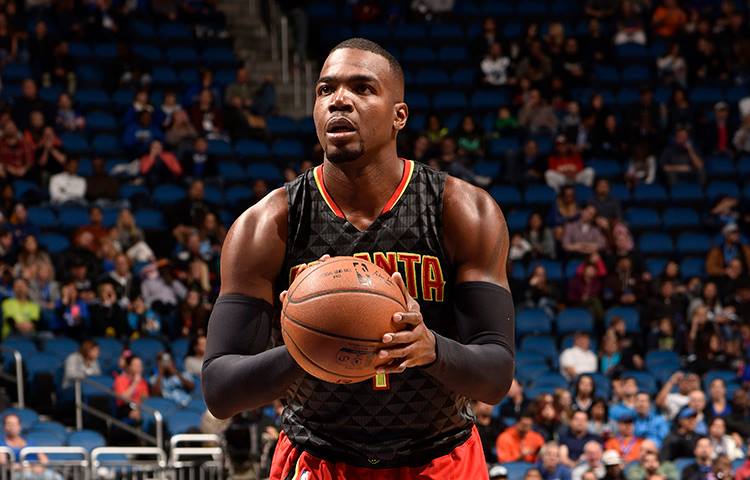 I didn’t expect that the first bit of writing I’d be doing in 2017 would be about Paul Millsap and potential trades for the perennially underappreciated and underrated doing-everything forward of the Atlanta Hawks, but trade rumor season has started early and a potential Millsap deal not only could swing who is eventually playing deep into the Playoffs, it represents a definitive death blow to a fun, never-quite-good-enough version of the Atlanta Hawks that has existed since 2008 (no, Millsap didn’t become a Hawk until 2013, but the Joe Johnson and Josh Smith regime transitioned into the Millsap and Horford era so really it’s all the same).

What we know for sure that Paul Millsap has a player option at the end of this season, and the Hawks are concerned that Millsap will opt out of his current deal and find a new home before the start of next season. It’s a legitimate worry. The Hawks shopped Millsap last season at the deadline, they moved Jeff Teague over the summer and Al Horford walked during free agency. If the Hawks are under the impression that Millsap will opt out and take a long hard look at other offers, they could decide that moving him before the trade deadline this year is their best bet.

Of course, when a player can become a free agent after the season is over, making an in-season trade becomes that much more difficult. So, for the sake of this exercise, let’s assume that Millsap would at least be receptive and possibly committed to opting into a deal with the team he is traded to, because unless he gives that impression, Atlanta won’t be able to find proper value for him.

With all of that said, here are four potential, somewhat realistic deals that can be made for Millsap sometime between now and the February 23rd trade deadline.

Denver has a logjam in their frontcourt and swapping two of those big bodies for one, more productive big body might be in their best interest. The Nuggets were linked to Millsap last February but Atlanta chose not to pull the trigger on any deals until over the summer. Maybe now is the time for a Millsap to Denver deal.

Millsap’s presence would immediately make Denver the favorite to secure the 8th seed in the Western Conference (and subsequently get pummeled by Golden State in Round 1), and it would put them in a nice spot moving forward if Millsap were to re-sign. The Nuggets likely wouldn’t be able to get Millsap for just Faried and Nurkic. They could toss in a lottery protected 2018 1st Round Pick (the lottery protection would serve as some insurance for if Millsap were to decide to opt out and leave over the summer) to sweeten the pot, a pick the Hawks would likely cash in on two years from now if Millsap were to remain a Nugget.

We’ve been waiting on Boston to use some of those oft-mentioned assets, and this might be their opportunity. If Boston can manage to keep Brooklyn’s 2017 pick (the 2017 Draft will supposedly be loaded with blue-chippers), Isaiah Thomas (in the midst of a mind-boggling 2016-17 season), and Avery Bradley (always steady) AND secure Paul Millsap, it would be a deal worth making.

Marcus Smart too often feels like the odd-man out in the Boston backcourt, and Brad Stevens has been drifting away from playing three-guard line-ups. Amir Johnson’s deal expires at the end of the season, and Brooklyn’s 2018 unprotected 1st Rounder will still have a ton of value since the Nets don’t really have any means of improving between now and then. If the Celtics got the feeling that Millsap would be receptive to re-signing, they could even sweeten the pot by including a 2019 Memphis 1st Round Pick. It’s worth mentioning that as a Cleveland Cavaliers fan, after a lot of thought, a Millsap to Boston trade doesn’t quite scare me as much as a Millsap to Toronto trade. Speaking of Toronto …

The Raptors were another team linked to Millsap last February, and if Millsap stays on the block as we head towards the trade deadline the Raptors will once again have to decide if they want to pursue a deal that they deem could put them on closer to even ground with Cleveland. Patrick Patterson and Jared Sullinger are both expiring contracts, and Terrence Ross has shown brief flashes of brilliance. All three assets, four including a lottery protected pick coming from the Clippers, are worth giving up if you can add Millsap to the Lowry/DeRozan nucleus that pushed Cleveland to a Game 6 in the Eastern Conference Finals last season. However, even if you add Millsap to the Raptors, I still don’t think the Raps have enough to dethrone the King in the Eastern Conference this year.

For the future, this is the scariest potential Millsap deal any team in the Eastern Conference could make. Not only would Millsap to Milwaukee put the Bucks on the same tier as Toronto and Boston, if Millsap were to re-sign with Milwaukee over the summer, the Bucks would represent the biggest threat to the future rule of LeBron James and the Cleveland Cavaliers.

If the Bucks were to sign Millsap to a long term deal and then do the same for Jabari Parker, Milwaukee would then have Giannis Antetokounmpo (the future of the NBA), Millsap, Parker (whose ascent this season has been an interesting wrinkle I didn’t expect) and Khris Middleton (everyone has forgotten about Middleton) locked in for at least the next three seasons. That potential foursome scares the hell out of me, and it should scare the hell out of 29 other NBA franchises too.