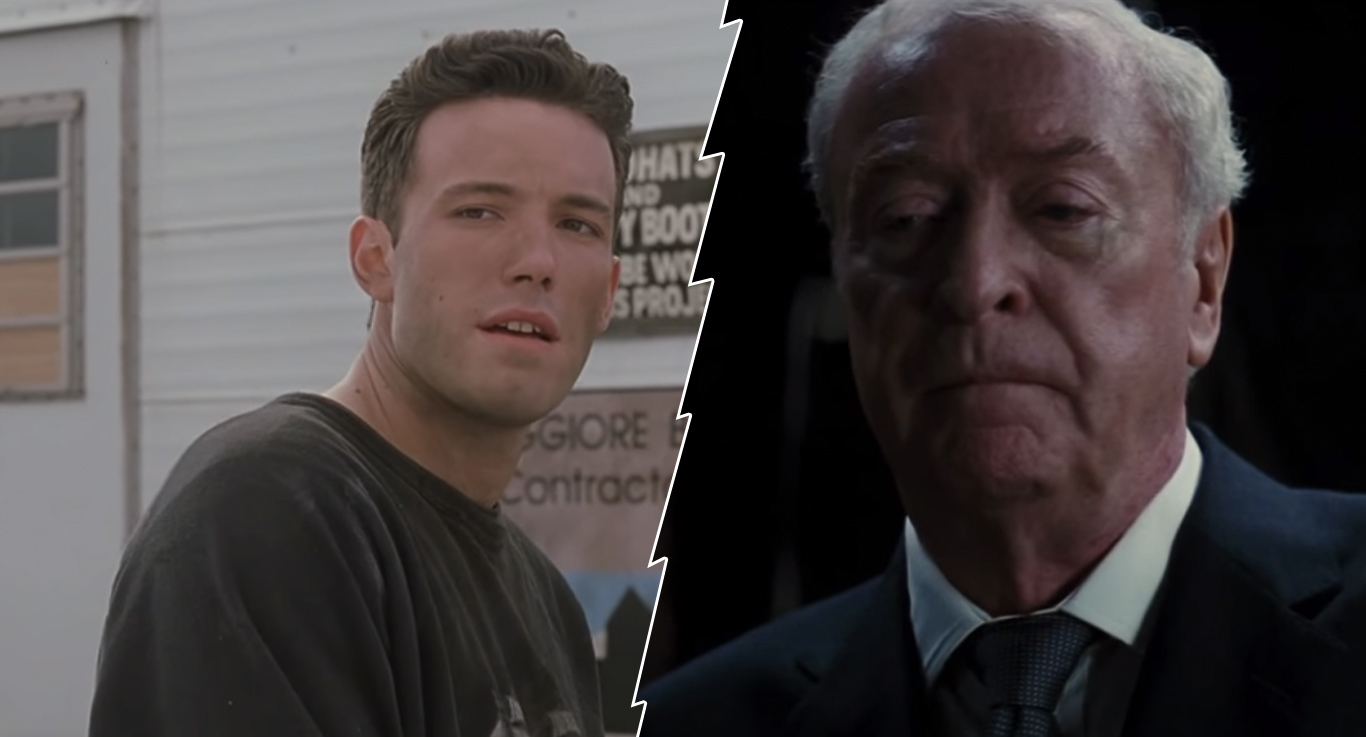 What if I told you that there was a connection between Ben Affleck and Batman long before the world’s greatest actor was cast as the world’s greatest detective? Would you believe me? What if I told you this connection was fifteen years in the making? You’d probably call me crazy. You might even slap me in the face for suggesting such an blasphemous idea, but HEAR ME OUT. I want to do a little scene comparison between Good Will Hunting (1997) and The Dark Knight Rises (2012) to show you that aforementioned connection.

First, let’s take a look at the scene in question from Good Will Hunting:

Well, let’s first acknowledge that Ben Affleck steals the scene here, as he does in every scene he has ever been in, in every movie that has ever been lucky enough to feature a scene with Ben Affleck. Sure, Matt Damon is good, but is he perfect? Nope. Only Ben Affleck is perfect. But I digress.

I love this scene so much because it showcases just how strong of a bond Chuckie and Will share. Sure, they give each other an unending stream of shit, but they care and that’s all that matters. Chuckie loves Will so much that he threatens to kill him if he’s still hanging around Southie working construction in twenty years. It’s also probably the first time Chuckie and Will have ever had a conversation like this, so it’s super important to the dynamic of their relationship.

The best part of the scene (and what I’ll be using as a comparison later on) is when Chuckie tells Will about the best part of his day. Chuckie wants nothing more than for Will to be gone one day when he goes to pick him up for work in the morning. No sappy goodbye’s or hugs, Chuckie just wants Will to be gone. It may seem ultra macho, but in reality it just shows how much Chuckie truly cares for Will. He probably wouldn’t mind a goodbye bro-hug, but he’d be so happy to see Will on to better things that he’d be just as happy regardless. To sum it up, Chuckie (and I can only imagine Ben Affleck as well) is a selfless friend who just wants to see his best buddy making the best of his life.

Next let’s take a gander at a similar scene in The Dark Knight Rises:

Holy shit, did you watch that? I love Michael Caine as Alfred more than anything. He is Alfred. No one should ever be allowed to play Alfred ever again for the rest of eternity (don’t get me started on the new guy).

Alfred, much like Chuckie, cares about his friend more than any normal human should be capable of doing so. He, like Chuckie, is as selfless as they come. He just wants to see Bruce settled down in Paris with the love of his life. He would probably love it if Bruce invited him over to join him for a cup of tea. However, in Alfred’s deepest fantasy he wants to BE IGNORED BY HIS CLOSEST FRIEND. That’s how much he wants to see Bruce hang up the cape and leave Gotham forever.

Alright, now for the comparison. We already did a little comparing between Alfred and Chuckie who both happen to be equally perfect and selfless human beings. There are just so many similarities between these two scenes it is eerie. Obviously Alfred doesn’t use quite as colorful language as Chuckie and Will, but similar ideas are there nonetheless.

Both Will and Bruce feel that they are living their lives the best way that they know how, even when their closest friends are telling them there is a better way. They don’t understand that they are in the presence of perfect human beings. They don’t appreciate that their friends would sacrifice their own happiness if it meant they could solidify a better life for them. Will and Bruce are selfish and very not perfect. Sure they both do the right thing in the end, but Alfred and Chuckie never falter.

That brings up another similarity between these scenes. Well not exactly these two specific scenes, but the ones that they set up. Both films respectively see the fantasies of Alfred and Chuckie come true. Will leaves without saying goodbye and Bruce ignores Alfred at a café in Paris. To be honest, in both situations Will and Bruce are both being selfish in a way. Sure, they are doing what their friends wished, but they only wished for those things because they are selfless and sacrificing their own happiness. Bruce could’ve realized this and at least invited Alfred over for one cup of tea, while Will could’ve given Chuck one more “Fack you” and a bro-hug before he headed off to California. I guess that’s what makes them the main protagonists though, they are deep and flawed or whatever.

There, I proved that Ben Affleck shared a connection with the Caped Crusader long before he donned the cape himself. I also may have uncovered some plagiarism on the part of the Nolan brothers, but that is neither here nor there.