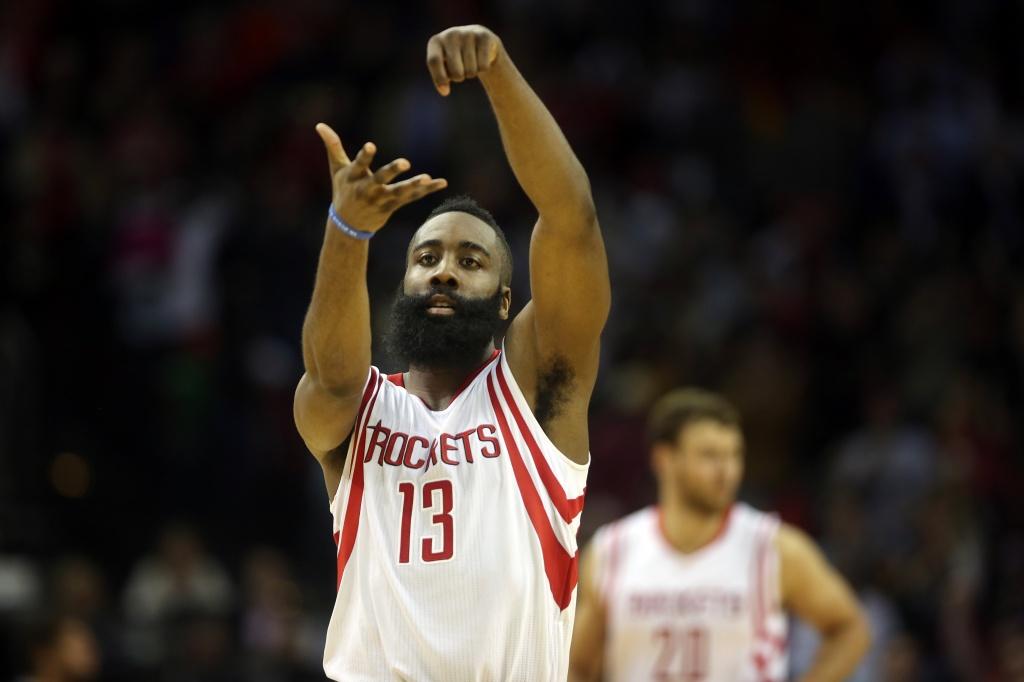 The new year is here, and the this season continues to be one of the most exciting year’s in recent memory. As expected, there a multitude of NBA teams and players playing at a high level. While success is something that all want to meet, there are players and teams that aren’t reaching that goal.

As the season progresses, players and teams will find their groove, sustain success, and fall from grace. Here at H&H we want to give you a list of who have dabbled in the hot and not section. Did your favorite player show us why he was hot? Did your favorite team fiddle into the not division? The only way to find out to is to take a gander at the list below.

If the NBA season ended today, it’s likely that Harden would euro step away with the MVP award. During the last ten games, Harden has four triple-doubles—including one where he scored 53 points, 17 assists, and 16 rebounds. In addition to his stat-stuffing play, the Houston Rockets are winners of eight straight games. Thanks to Harden’s nightly MVP manifestation, Houston has risen atop of the Western Conference.

The Chicago Bulls have been in flux searching for an identity, and Rondo’s prehistoric play (and poor attitude) doesn’t mesh with the team and has resulted in five straight DNP-CDs. In today’s NBA, spacing, shooting, and penetrating skills are essential. Having said that, Rondo doesn’t excel at any of the aforementioned attributes. That is to say that with no true valuable in the modern version of the league, Rondo is becoming extinct because of his hindrances. Once upon a time, Rondo was arguably one of the top point guards in the NBA. Fast-forwarding to today, it’s safe that time has passed.

According to Elias Sports Bureau Antetokounmpo is on pace to become the seventh player to improve his per-game averages in points, rebounds, assists, blocks, and steals in each of his first four seasons. Giannis has been so good this season, many believe that he and the Bucks are next in line to rule the Eastern Conference. As the season evolves, it seems that he is getting better. Last week in Madison Square Garden he gave fans a treat as he hit the game-winning shot.

During the summer, the Knicks acquired Derrick Rose, Joakim Noah, and Courtney Lee. As the trio joined Carmelo Anthony and Kristaps Porzingis, some pegged them to compete with the Cleveland Cavs in the East. While that claim had a nice ring to it, it was far from reality. At one point of the season New York looked like a formidable team, but as of late, their play has faltered. After losing eight out of nine games, things aren’t looking good for Carmelo & Co.

Pachulia is the weak link of the Golden State Warriors starting lineup. While that is true, it didn’t stop over 400,000 people (you can thank his home country of Georgia) voting for him in the NBA All-Star Game. Shockingly, he has more votes than Blake Griffin, Karl-Anthony Towns, LaMarcus Aldridge, and Marc Gasol combined. On the season Pachulia is averaging less than six points and six rebounds which are far from All-Star caliber numbers. When looking at his stats it pales in comparison to other starting centers in the Western Conference. Despite having mediocre numbers, it’s not likely, but possible that Zaza will make his first All-Star game which is scary and amazing at the same time.

Who’s Hot: John Wall
After a shaky start to the season, the Washington Wizards have climbed back into the playoff conversation thanks to Wall. In December, he won the Eastern Conference Player of the Month after leading his team to a 10-5 record. During that span, he averaged 24.5 points and 10.7 assists. From the looks of it, the Wizards go as their All-Star point guard goes. If he continues to play at a high level, Washington will continue to surge as one of the hotter teams in the East.

The Hawks graced the list before with our first edition, and as it looks nothing changed for the better. The team traded Kyle Korver to the Cavaliers for a bag of Skittles, okay I’m joking, but the Hawks basically gave him up for nothing. In addition to Korver’s trade, All-Star forward Paul Millsap has been on, and now reportedly off the trading block. It’s hard to believe that the fall from grace has been this soon given that they were near the top of the Eastern Conference two seasons ago. Life comes at you fast, but in Atlanta’s case, their demise is moving rapidly.