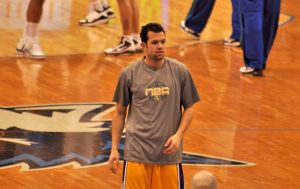 A leader has emerged from the Cleveland Cavaliers’ free-agent minicamp Wednesday in the luxury-tax-laden team’s search for an additional playmaker: Jordan Farmar.

Farmar was given assurances that if anyone was to be signed by the Cavs from the workout, it would be him, a source familiar with the workout told ESPN.

Aside from an impressive showing by Farmar on Wednesday, there was a practical side to Cleveland’s interest. According to a source, Farmar is open to signing a 10-day contract — as is Lance Stephenson — while a league source told ESPN that both Mario Chalmers and Kirk Hinrich would only agree to join the team if the Cavs tendered a guaranteed contract for the rest of the season. ESPN