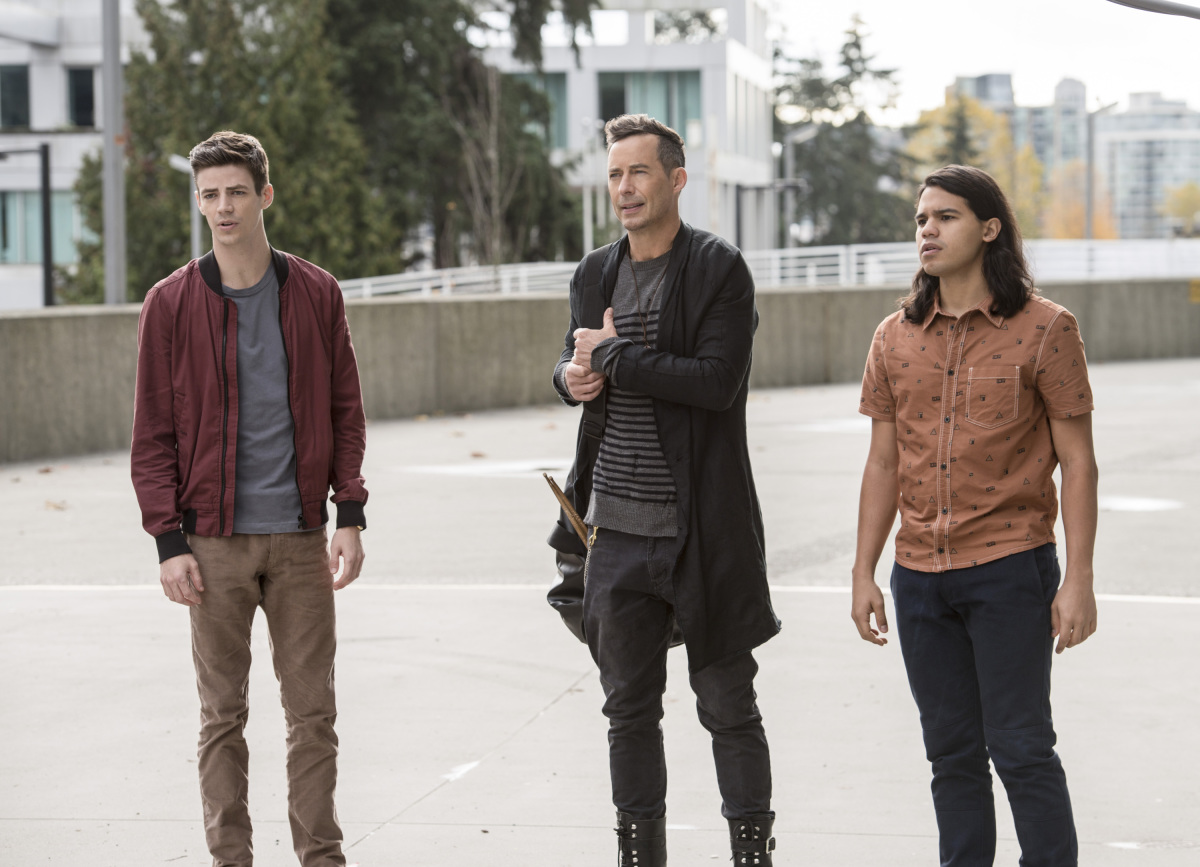 The Flash season 3 returned this week with an episode that focused on the show’s best character Cisco Ramon. When the unfortunately named Gypsy showed up to collect HR Wells for criminal activity, Cisco stepped up to save him. He challenged Gypsy to a trial by combat. Many people pointing out that she’s much better than him at using similar powers. In the end, Cisco was able to defeat her without killing her. He had some nice scenes with HR that mostly focused on his connection with the last Harrison Wells he knew.

The other stand out character in this episode was Iris West. Iris is even more determined than ever to make the world a better place. She convinced Wally West to help her take down a dangerous criminal. She absolutely shined, reminding us that her season one line “a girl’s gotta be her own hero” will always be a core part of who she is. They did a great job of sprinkling in scenes to show us how Barry supports Iris– and to remind us what an incredibly sexy couple they are– while genuinely letting Iris carry her own plot. It’s the ratio I’ve always hoped for with Iris, but that they rarely achieve.

That plotline also gave Wally a chance to shine. This resulted in Barry coming to a revelation– he shouldn’t fight Savitar, Wally should. This is an interesting development. Overall, this season of The Flash has done a much better job than the previous two at keeping me interested in the overall season arc.

Julian Albert showed he can be a fun addition to the team. His realistic-bordering-on-rude worldview played well in this episode. I’m still worried about him becoming a Caitlin Snow love interest, but we’ll cross that bridge when we come to it.

Check out my review of the last episode of The Flash here.