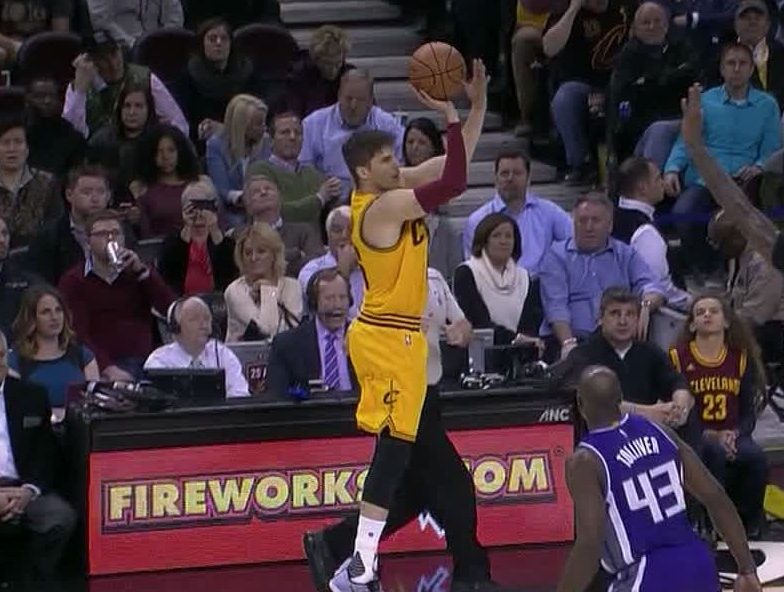 In many instances, mid-season trades take time to pay off. Integrating new pieces in the middle of the year is a daunting task. It’s even more of an onus when you are a championship team. Yes, we’ve witnessed in-season trades like Pau Gasol to the Lakers and J.R. Smith and Iman Shumpert to Cleveland that worked immediately, but more times than not, it takes time to gel.

On January 7, LeBron James and the Cavs received a late Christmas present when they acquired Kyle Korver from the Atlanta Hawks.

At the time the Cavs traded for the three-point marksmen, it seemed that he’d fit in from the start. Like most trades, it didn’t start off with a bang. Coincidentally, Cleveland played their worst basketball in two years while trying to integrate their new weapon. In addition to that, he came to the team in the middle of a West Coast road trip. Now that the road expedition over, and the Cavs are able to practice, the trade is working.

While pundits criticized Cleveland for their dismal showing in January, in the back of their mind they had no worries. Both Coach Lue and Korver lamented that practice time was crucial in his role with the team, and as soon as they returned to Cleveland, things will change for the better.

Since being in the home of the Rock N’ Roll Hall of Fame for a little over a month, let’s just say that both Lue and Korver were right.

Nine days into February and Korver is playing some of the best ball of his career. In his latest game against the Indiana Pacers, the former NBA-All Star scored 29 points off the bench. Sure enough, he knocked down eight three-pointers—which was a season-high.

That type of performance is starting becoming a trend for Korver with his new team. Prior to last night’s showing, he averaged 14.6 points per game while shooting over 45 percent from deep.

Korver’s play comes at a perfect time for the Cavs. Given the history of the last two seasons in Cleveland, they normally take off at or near the All-Star break. While the team figures out creative ways to use his shooting prowess, they will also find other ways to use him.

Other than the scoring output from Korver, his movement without the ball has created easier scoring opportunities for King James and Kyrie Irving.

Although, the Cavs have had shooters over the past few years, none move without the ball like No. 26. With two isolation heavy players in James in Irving, it’s essential that other players move without the ball. Korver is filling that void as teams have to respect his three-point acumen.

Given that defenses have to honor his shooting, it’s opening the lanes up for easy points. Since Korver’s scoring surge, James is shooting 64 percent from the field—which included a game where he shot 78.6 percent only missing three shots.

Although Cleveland is a work in progress on defense, they are slowly resembling the team who won last year’s championship. In wake of Korver’s shooting prowess, they are in line to repeat—or at least make it out the East for the third year in a row.