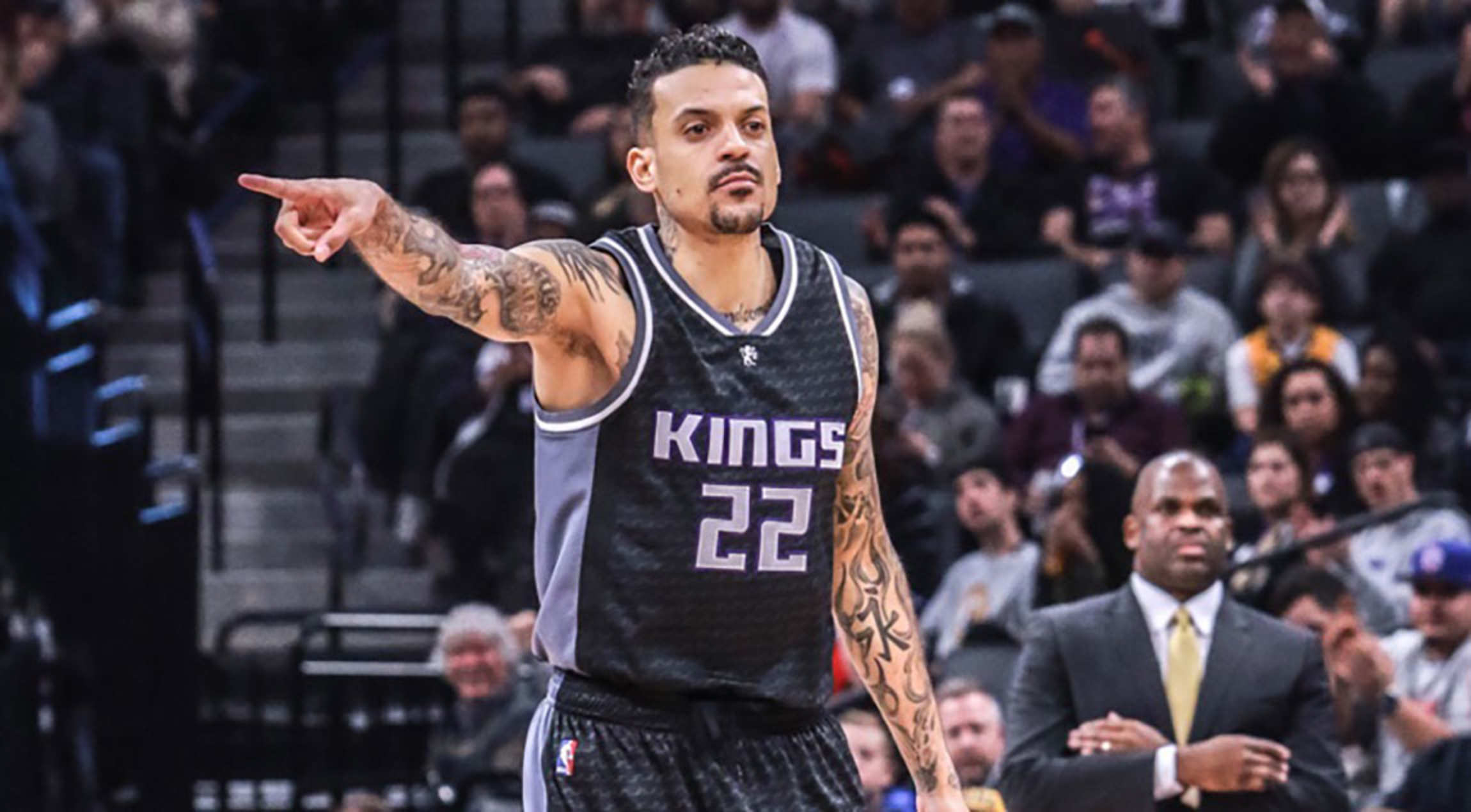 In the aftermath of the worst trade in recent history the Sacramento Kings have waived Matt Barnes. With the additions of Buddy Hield, Tyreke Evans, and Langston Galloway (who could also be waived), the team decided to set Barnes free. The veteran wing was in the first year of his two-year deal with his hometown Kings.

With his newfound freedom Barnes will now be courted by playoff teams. He fills a unique role as a guy who can hit threes, guard the perimeter, and serve as the team’s goon. He’s the type of player that comes in handy during the playoffs. Barnes is sure to field more than a couple offers, but where does he ultimately end up?

The most obvious destination. Kevin Love is out until the first or second week of April and LeBron is averaging the second most minutes per game in the league. Barnes can play both forward positions and stretch the floor. He’s fills the Slim Charles role that is essential to every championship team. He and Draymond Green would get along just fine in the Finals.

Prior to signing with the Kings he was an integral part of the Los Angeles Clippers second unit and the Memphis Grizzlies. His time as a Clipper surely allowed Barnes to hate the Golden State Warriors just as much as the Cavs do. The job is there if Barnes wants it.

Barnes is a grinder so it’s only natural to want to return to the Grindhouse. Last season he played a big role for a Grizzlies team that clawed its way to the playoffs. They currently sit at sixth place in the Eastern Conference and could use a shot in the arm off the bench. Marc Gasol and Mike Conley have been great, the vets led by Zach Randolph have produced. Barnes would add needed depth to the bench.

Same goes for the Clippers. Barnes had some of his best seasons in his three seasons as a Clipper (18.6 points, 8.1 rebounds, 3.1 assists per 100 possessions). He proved to be just as important in the playoffs (15.4 points, 8.2 rebounds and 1.9 steals per 100 possessions) as the Clippers reached the Western Conference Finals in 2014 and survived wars with the Warriors and San Antonio Spurs in back-to-back first rounds. Doc Rivers and Chris Paul would welcome him with open arms.

If Barnes really wants to a completely new team the Thunder can use his help. Barnes’ best seasons have been complimenting an bloodthirsty star. Kobe and Chris Paul had success when Barnes was on their side and Russell Westbrook is cut from that same cloth. Like Barnes, Westbrook could care less who the opponent is they’re getting 48 minutes of hell.

How the Thunder are at the seventh seed is remarkable. They have needed every ounce of Westbrook’s 27 triple-doubles this season. The problem has not been the starting lineup. Steven Adams and Victor Oladipo have been productive. Rookie Domantas Sabonis has made Ryan Hennigan look dumber by the day and been a critical contributor. The bench has been the total opposite. Their fifth leading points-per-game scorer is Josh Huestis who has played one game this season.

Adding Barnes would not solve all the Thunder’s scoring problems, but he can at least hit a wide open three. All Westbrook needs on most nights is 12 points, 6 rebounds, and solid defense. Barnes has proven that he can fill that role and would immediately become one of the key players on the team.