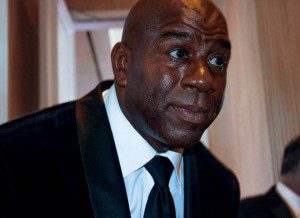 With regard to fellow owner and brother, Jim Buss, Ms. Buss said, “Jim loves the Lakers. Although he will no longer be responsible for basketball personnel decisions, he is an owner of this team and we share the same goal: returning the Lakers to the level of greatness our father demanded. Our fans deserve no less.” NBA.com