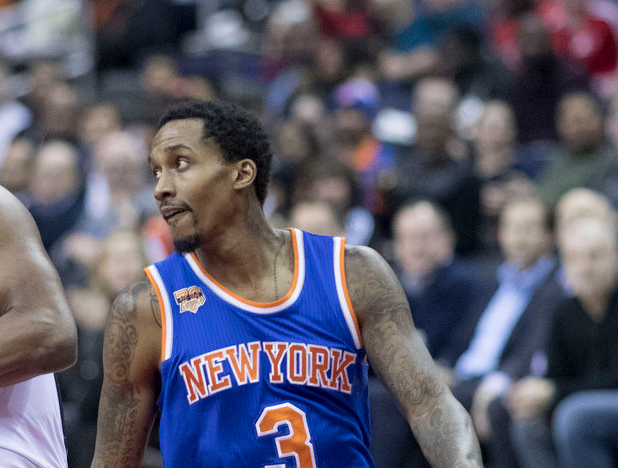 And just like that, Brandon Jennings‘ tenure in New York is over. Adrian Wojnarowski of The Vertical broke the news this morning on Twitter. The Knicks paid Jennings’ remaining balance on his one-year $5 million deal. He is now eligible for a playoff roster since he was waived prior to March 1.

Jennings was (and still is) a fan favorite at Madison Square Garden, but the same could not be said for management. Per Wojnarowski management and the coaching staff were not thrilled with Jennings’ “mindset” this season which could mean his freewheeling style of play. Whatever the case may be Jennings is gone and Chasson Randle is in.

If Randle sounds familiar it’s because he is. Over the summer he and Ron Baker fought to a near tie for the final roster spot with Baker getting the call. Randle played for the Knicks D-League team in Westchester until the Sixers signed him to a 10-day contract in January. He was recently let go due to the team needing to clear a roster spot in the aftermath of the Nerlens Noel heist. In eight games with the Sixers Randle averaged 5.3 points.

The silver lining here for Knicks fans is that this proves the team is ready to wave the white flag. Cutting a veteran like Jennings and replacing him with Randle satisfies the tanking rules. Now Randle (and Baker) can get serious playing time and allow Jeff Hornacek and company to see what they are working with moving forward.