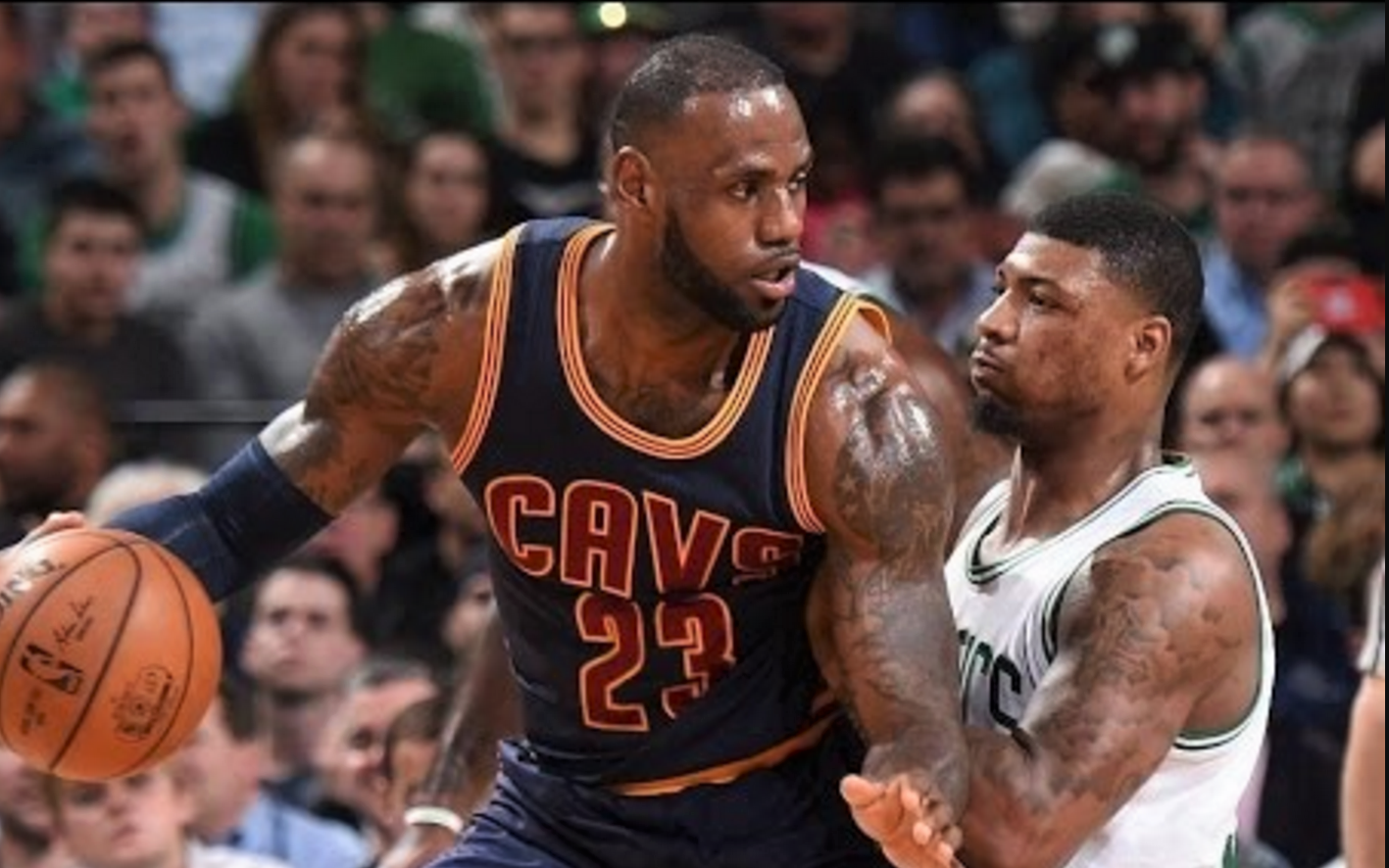 The Cleveland Cavaliers caught a body. Last night –May 19, 2017– LeBron James murdered the Boston Celtics. His once bitter rival has now had its heart ripped out Mortal Kombat-style as the Cavs won Game 2,’ 130-86. The lead never dipped below 30 and had the flow of someone who was tired of NBA 2K’s shit and turned the sliders all the way up prior to playing.

In short this is what happened…

LeBron came into this game pissed off. The league decided to knock the Celtics’ chances down from slim to absolute zero. Someone in the league offices decided it was a bright idea to announce the finalists for MVP the day of the game. LeBron didn’t make the cut. What commenced at the TD Garden is up there with Hakeem Olajuwon beating the breaks off David Robinson in 1995.

James only scored 30 points in this contest, but did not have to play the third quarter. Kevin Love added 21 and Kyrie Irving 23 as both sat the final frame as well. Even TNT did not bother to show second half highlights. This game was done at the opening tip and the Celtics looked like a public school going up against a parochial school.

Isiah Thomas finished with two points, leaving the game due to a hip injury, and did not return after halftime. I wouldn’t return either after watching the first half end like this.

To cap off an NBA playoff-record lead at the half, J.R. Smith hits the absurd spinning shot. The #Cavs lead the #Celtics 72-31 pic.twitter.com/JpLsjpRTFu

That gave the Cavs the playoff-record for a lead at the end of the first half.

The rest of the Celtics didn’t bother to even show up for the game. At no point did it seem like they believed they had a chance. While the Cavs moved the ball around seamlessly and knocked down shots, the Celtics seemed to miss every shot they attempted. Giving up 72 points in a half is already embarrassing. Scoring 31 is simply giving up.

Jaylen Brown was the lone Celtic who played with any sense of urgency. Last playoffs Stanley Johnson was the rookie playing off the greatness that is LeBron and ended up looking foolish. Here is what Brown said prior to the Boston Massacre in Game 2.

Brown has the reputation of being smart, so I’ll give him the benefit of the doubt. He was likely well aware of the asswhooping heading his way and tried his best to rally the troops. He was the only Celtic to show up for both games, so at the very least Celtics fans know the nucleus of Brown, IT, Markelle Fultz and Gordon Hayward will not be afraid of anyone.

That’s in the future. In the present, LeBron has his thumb on the East and it’s clear he’s not going anywhere. Once again, he got any shot he pleased while whipping passes around the court like he was turning a double play. Most importantly, he did not let up. Law 15 in the 48 Laws of Power states to crush your enemy completely. After Game 2 it would be the shock of the century to see the Celtics make this a series.

Good news is there are only four more total games until the fight of the century. Hang in there it will all be worth it.