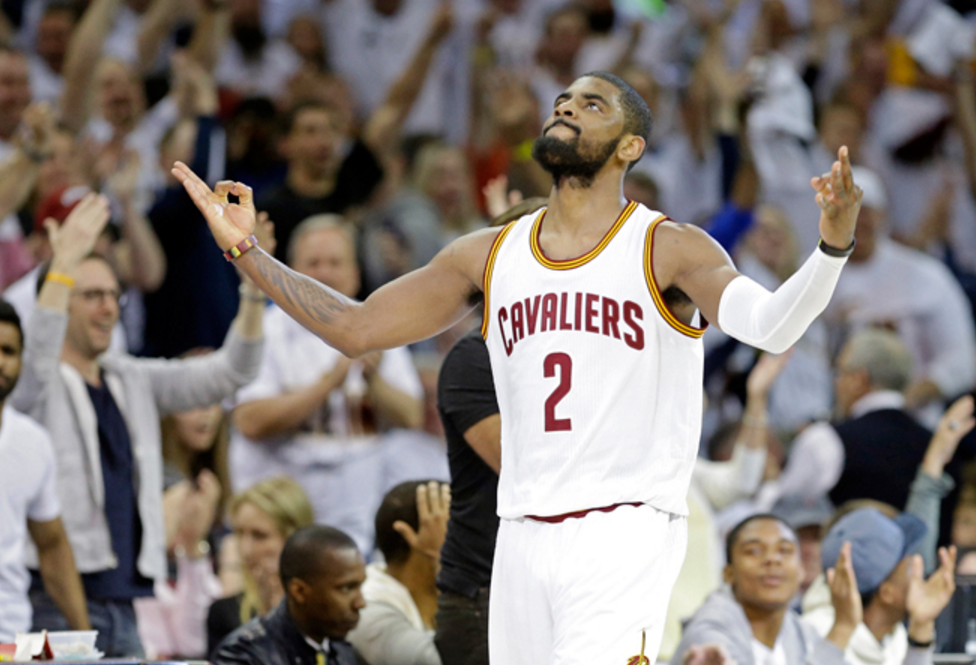 Ok We’ve been waiting for the Kyrie game all postseason and Tuesday night we got it. The Cleveland Cavaliers took control of the series once again with a 112-99 comeback win. For the first time in what seems like forever, the reason LeBron James’ team came back was not because of him. Instead it was his sidekick who is dangerously close to upending Dwyane Wade as the better Robin to LeBron’s Batman.

The Celtics jumped out to the early lead. LeBron was in foul trouble most of the first half (four fouls heading into the half) which led to the Celtics seizing control. Things started to feel a lot like Game 3 and the Cardiac Celtics had life once again. Then in the middle of the second quarter Kyrie Irving took over.

It’s safe to say Kyrie is the best finisher at the rim in the league. For all the aspiring NBA players I hope you took notice of how lethal finishing with both hands can be. The best way defenses try and stop a good driver is by forcing them to their non-dominant hand. The Celtics defenders were doing just that, but Kyrie is just as good going to his left as he is going to his right.

That conundrum left the Celtics defense helpless and the Uncle Drew onslaught began. When he wasn’t cutting through the defense like a hot knife through butter he was hitting step-back threes. In the second quarter his accuracy from downtown helped keep his team within striking range heading into the half.

Once the third quarter kicked off is where it all fell apart for the Celtics. LeBron returned to the floor, but it did not matter much. The night belonged to Kyrie and the third quarter was his main course. Again, he sliced to the paint and scored at will. He even rolled his ankle on the way up for a layup late in the quarter, but still finished. He hobbled around the rest of period and still managed to score, including this dagger to end it.

“You can wallow in the sorrow of you twisting your ankle or you can capture the moment.”

He sure as hell captured that moment. It appears all that time with LeBron has rubbed off on Kyrie. Over the past three seasons we have seen him evolve from a fun scorer to lethal assassin. Last year’s finals did not just push LeBron to the next level, but that whole Cavs starting unit. Tristan Thompson has become a menace inside. Kevin Love has returned to his Timberwolves form–he’s back to being the Tasmanian Devil on the boards and still throws the best outlet pass in the game.

(How did LeBron miss that??)

Kyrie definitely deserves the most attention following the Game 4 win. He notched a playoff career-high 42 points, but the rest of the big three performed too. LeBron had a quiet (by his standards) 34 points, five rebounds, six assists with a steal and a block. Love added 17 points and 17 boards with five assists, two blocks and a steal.

The two characteristics of this Cavs playoff run has been relentless and ruthless. They know the Warriors have ten days off before the finals. Stephen Curry is well aware he owes Kyrie one for doing this on his home floor with everything on the line. Kyrie knows that. LeBron knows he has to deal with Kevin Durant in addition to Draymond Green. Love knows he has to be playing the best basketball of his life if the Cavs are going to win this rubbermatch.

Last night may have been against the Celtics, but it is clear the Cavs are always playing the Warriors. This rivalry has been the best thing to happen to LeBron, Kyrie and Love. It has given them someone to chase and in that chase they are turning into the unstoppable force we thought the Miami Heat were destined to be.