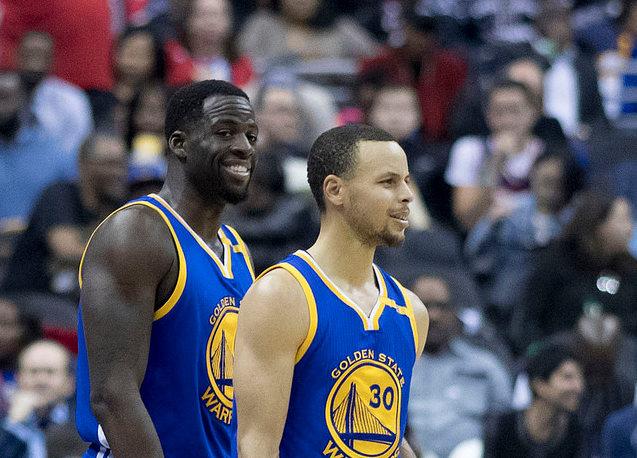 Any hope the San Antonio Spurs had nurtured for a potential win after the Boston Celtics’ recent unexpected victory against the Cleveland Cavaliers in Game 3 wilted when they finally came face-to-face with the Golden State Warriors at the Western Conference Finals this past Monday. No one betting on basketball through sites like SkyBook thought much of the Spurs’ chances.

The recent upset in Game 3 by the Celtics definitely gave everyone a reason to question the Warriors’ seeming invulnerability. But it was all for naught. The Warriors brought Game 4 to an end with a 129-115 Victory, cementing their place in the finals for the third consecutive year. The Golden State Warriors have so much to celebrate, least of which is the fact that this postseason has seen them sweep three best-of-seven series, the first team to do so. Their perfect 12-0 record in the playoffs is also a first.

Stephen Curry was on fire on Monday, his 36-points justifying the hype surrounding his persona. With Curry’s 295 career postseason three-pointers made, he kicked Kobe Bryant out of fifth place on the list of the league’s all-time playoff three-pointers. Curry tried to downplay his achievement and, instead, heaped praise on his teammates and even the coaching staff for all that they had contributed. And, obviously, Curry did not singlehandedly lead the Warriors to victory.

Fighting just as fiercely alongside him was Kevin Durant, who wouldn’t be rushed throughout the game, playing at his own pace, picking the right spots, and only ever attacking when the need arose. Durant ended the game contributing 29 points to the Warriors’ victory. There was no more efficient a player on the field than Durant on Monday. And even Gregg Popovich’s tricks did little to trip him up. The Spurs head coach thought that throwing veteran Manu Ginobili into the starting mix would throw the Warriors off course. The adjustment was commendable, but largely ineffective, especially in the absence of a reliable playmaker.

Many of the Spurs’ field goal attempts were rough and unsightly. They could have benefited from emulating the Golden State Warriors who always seemed to get the ball exactly where they wanted it. If only the Spurs without an injured Kawhi Leonard had found more firepower to bring to the table. Spurs rookie Dejounte Murray witnessed the weaknesses of his side manifest when he threw everything he had against Durant, only for his acrobatic, left-handed layup to be casually swatted aside. It was almost embarrassing.

Not that the Spurs where pushovers. They managed to reduce their 22-point third-quarter margin down to ten points. However, with mere minutes left in the quarter, once the Warriors began pulling away, there was no stopping the Dubs. Durant, during his interview, suggested that the Warriors could have been better. Certainly, they had the Spurs cornered. But they did not do as impressive a job of holding them down, giving San Antonio too much room to claw back and keep fighting.

Popovich thought the Warriors were an impressive foe and he verbalized his appreciation for everyone working behind the scenes to give Golden State their wings, from the owner to the coaching staff. NBA fans that were looking forward to an upset like the one the Boston Celtics delivered were probably disappointed; but no one can deny the fact that the Warriors deserved their victory.