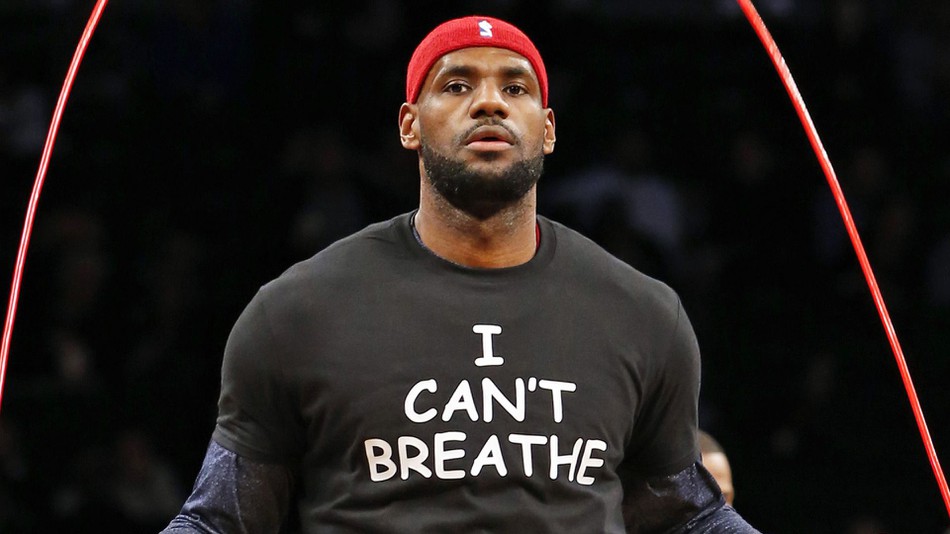 1.    sound practical judgment that is independent of specialized knowledge, training, or the like; normal native intelligence.

The bough breaks and a martinet referred to as common sense kicks in, its whisper screeching like a clarion-call throughout the deepest trapdoors of our brains. At least that’s what it should be. These days, common sense seems to be more of an apparition of a once-dead thought that now resides in some low-IQ backhanded myth rather than a real thing. The deep alabaster tub that encumbers common sense rests somewhere between fact and fiction in 2017, a tub that is lined with blazing blood a shade darker than crimson – a color that’s undeniable. It can’t get out. It can’t officially die. So it weeps inside its introspection while examining the red splashed on white. And the white splashed on blue.

Thanks to the absence of common sense, certain highlighted colors, an imaginary symbol war, and because mediocrity knows nothing higher than itself these days, I have to make myself abundantly clear and denounce three specific words for the sake of my own sanity:

A couple of days before journalists’ feet pattered all over the newly polished hardwood floors of sports arenas around the country, a tangerine-hued, soon-to-be afterthought got down on all fours and mounted his preferred method of madness: Twitter. With the vocabulary of a brain-dead parrot, the President of the United States fumbled, shining a (very) white light on the world of sports by taking aim at a man who wouldn’t touch him with a 60-foot pole, Stephen Curry. Having easily chipped away at Trump’s cheaply built, IKEA armor by stating that if he and the Golden State Warriors were invited to the White House, the point guard god wouldn’t attend; 45 responded…

Going to the White House is considered a great honor for a championship team.Stephen Curry is hesitating,therefore invitation is withdrawn!

With the grace of a puss-filled open sore, Trump impotently charged at the NBA, wet noodle in hand, in a haze of (what I assume) is dementia and ignorance. He, and I laughingly quote, “took the offer off the table.” Taking note of the president’s embarrassingly inept retort, athletes all around the league collectively struck a match and set fire around the orange man donning a dog costume, muttering “this is fine” over and over again.

U bum @StephenCurry30 already said he ain't going! So therefore ain't no invite. Going to White House was a great honor until you showed up!

Ayesha Curry (Steph’s wife) clapped back by attempting to bring the attention of 45 to a much bigger issue.

Chris Paul turned words into a sword and went for the jugular.

Arriving on the heels of Trump’s usage of the words “sons of bitches” when describing NFL players who take a knee during the national anthem, the NBA now found itself aboard a ship lined with mythical holes along with the NFL. Notably absent from the ship? Sports franchises that employ a majority of conservative-tested, confederate-approved, alabaster-polished athletes.

In a perfect world, common sense tells us to call this out.

In the real world, the past tightens its grip around the throat of present day common sense and smiles while dueling banjoes echo somewhere in the distance.

“Between the Idea and the Reality”

In years past, NBA Media Day carried the uninhibited excitement that was akin to the first day of senior year for both the players and those who cover the sport. But in the long corridor that makes up the event level of the American Airlines Center in Dallas, Texas, eagerness and vigor were replaced with confusion and listlessness that Monday afternoon. But these two feelings weren’t brought about by the state of “modern” day politics, but rather the fact that the Dallas Mavericks had literally moved their locker room, and their former practice court was littered with debris from a disregarded construction job.

When the press eventually made their way into the interview room, our giddiness for the upcoming season outmatched tetchy thoughts of backward politics and thoughts in the current world. Head coach Rick Carlisle was the first to take the podium and went about business, his face unusually animated (for… well… Rick Carlisle) as he spoke about leaning toward putting Dirk Nowitzki (who is entering his 20th year in the league) in the five spot while having center Nerlens Noel come off the bench.

Yeah, we were surprised too.

This is what Media Day is about in this industry, and especially with this particular team, to both marvel and freak out about the fact that an ancient All-Star, who spoke about coming off the bench as he got up there in age, starting at the five during the start of the 2017-18 season. In an ideal world, politics wouldn’t find a way to intertwine with conversations about worrying about the defensive end of the court with a 107-year old as a rim-protector. But here we are.

It was ESPN’s Tim MacMahon who finally decided to kick the white elephant square in the balls halfway through Carlisle’s presser when he asked what sort of advice the coach had given the players when it came to the current political protests.

“This was a topic last year as well and we met with our players again today and we told them that we support them 100 percent, whatever they decide to do,” Carlisle said out of the side of his mouth while squinting at the back of the room. “My understanding is that they’re going to talk about it and they’re going to decide as a team what the best course of action is, if there is a course of action and they’ll go from there. I support my players.”

After Carlisle had said his piece, he made it abundantly clear that we were gathered here to discuss basketball. Gregg Popovich he is not. Judging by the tone of his voice, this was a topic that was to be kept between his players, managers, owner, and himself – at least according to him. However, Harrison Barnes, along with Nowitzki, Noel, and rookie Dennis Smith Jr., spoke out.

Standing with the likes of Curry, Popovich, Golden State Warriors coach Steve Kerr (who published an open letter in Sports Illustrated) and many other outspoken athletes, it was Barnes who provided an extremely intelligent and unique response to 45’s comments aimed at former teammate Curry.

“It was surprising with everything going on in the world that he would take time to single out Steph’s White House invite,” Barnes said, subtly addressing crucial world issues such as the devastation in Puerto Rico, Mexico, and the hostility with North Korea (without calling them out by name). “Not Steph specifically, the White House invite. It was bizarre, but at the end of the day it’s a little sad that a year after (Colin) Kaepernick takes that knee, we’re still not talking about the actual issue which he took a knee for: police brutality, systematic racism, things like that. It’s unfortunate that we’re still talking about kneelings and the anthem and it’s made more about Trump than what the actual cause was.”

The idea is that common sense should have come into play one year ago when then San Francisco 49ers quarterback Colin Kaepernick figuratively stood up for those victims of police brutality and racial inequality and remained seated on the bench as the national anthem sounded during a preseason game.

No one – not the media or even most teammates – noticed.

It wasn’t until the third game of the preseason in August 2016 when the cameras turned toward Kaepernick, who was still firmly placed on the bench, and all hell broke loose.

At the time, the quarterback was just sitting on the bench. It wasn’t until a retired Green Beret by the name of Nate Boyer approached Kaepernick and suggested that he, and those who stood with Kaepernick’s views, should kneel during the anthem since it’s considered a respectful gesture to those who have fallen or been marked by tragedy.

Blinded by ignorance, most didn’t see it that way.

“Between the Motion and the Act”

Most think we’ve come extremely far when it comes to all men being created equal, but that’s a rouse. And a fairly obvious one at that.

Two steps forward, 100 steps back – one step for each black individual murdered by police officers in the past couple of years. Add on six steps for each officer who was acquitted even though there was clear-cut evidence proving foul play.

This is about white noise, thick like yeast, clouding the judgment of a normally intelligent onlooker and robbing them of honest-to-god common sense. These are the people who spit vinegar about the constitution when they have never even actually read it. One of those fools being 45 himself.

“The childishness and the gratuitous fear-mongering and race-baiting has been so consistent that it’s almost expected,” San Antonio head coach and voice of reason Gregg Popovich said during the Spurs Media Day on Monday. “Our country is an embarrassment in the world. This is an individual who actually thought that when people held arms during the games that they were doing it to honor the flag. That’s delusional. Absolutely delusional. But it’s what we have to live with.

It doesn’t end here – the injustice, the stupidity, and the bewilderment. The platforms keep broadening, but the message isn’t sinking in because the yeast keeps getting in the way and clogging up the pipes. The overweening and repulsive small words of a man who refuses to condemn white supremacists while calling men who peacefully protest, “sons of bitches” proves that.

Back in 1925, writer T.S. Eliot combined the titles of two literary pieces, one by William Morris called “The Hollow Land” and one by Rudyard Kipling called “The Broken Men,” in order to create his poem, “The Hollow Men.” It’s believed that the poem draws reference to Dante’s “Inferno” and its description of the first circle of Hell, which brings to light man’s inability to cross into Hell OR beg for redemption. Upon entering death, we humans won’t be seen “as lost/Violent souls, but only as the hollow men, the stuffed men.” Men emptied out by life, by ignorance, by the shadow of corruption itself.

The hollow men themselves are filled with stale air and the air of bloated generations that came before them – ones who are fulsome in war and who can’t see beyond their own obstreperous faces. We once hoped that the last of these men would die out and the racist words they composed buried with them, but thanks to the actions and small words of a man who calls peaceful protesters, men expressing their first amendment rights “sons of bitches” while men who bear the Nazi symbol on their arms are “fine people,” clearly these men live on.

This should be common sense.

And until Black Lives Matter actually becomes common sense as it should be, people in a position of power with an actual platform won’t just fucking stick to sports.

Otherwise, this is the way the world ends. Plain and simple.