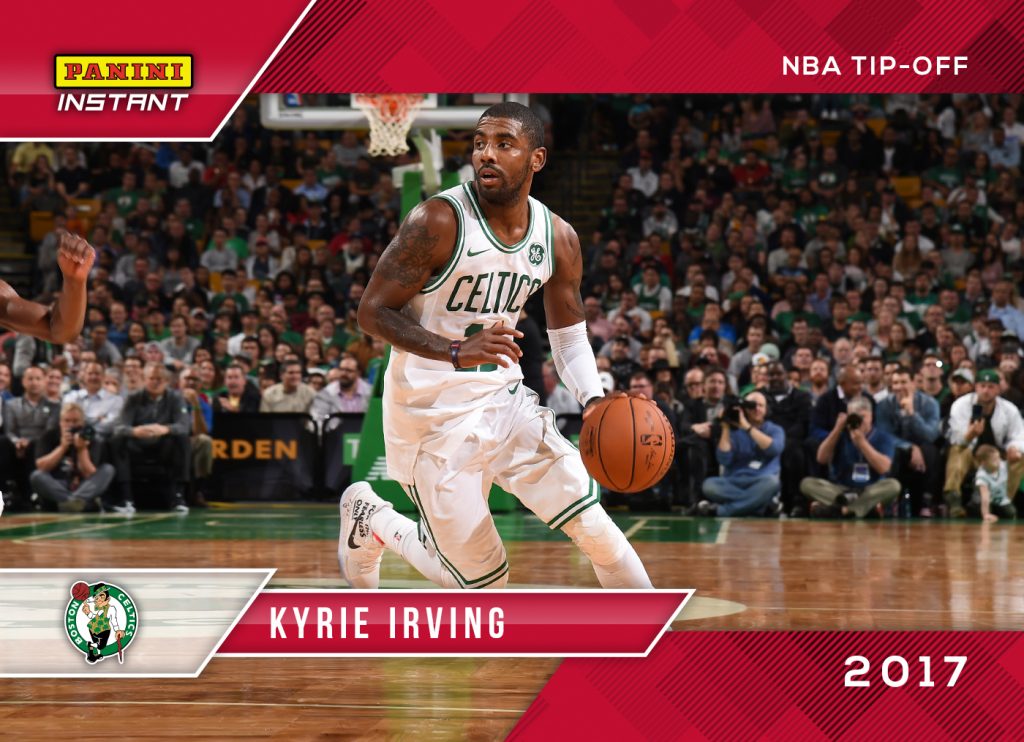 On the dawn of NBA Tip-Off 2017, trading card company Panini is commemorating the 2017-2018 NBA season debut with a new card product — the NBA Tip-Off Instant.

We could tell you what it’s about ourselves, but we’ll just let you see what Panini is saying instead:

Panini America, the official trading card partner of the NBA, is releasing both Kyrie Irving and Jayson Tatum’s new NBA Tip-Off Instant card in their Celtics uniforms on PaniniInstant.com.

Panini will launch 14 “tip-off” cards highlighting key free agent acquisitions, trades, and top rookies and as you know, many collectors love getting their hands on the first card!

These special trading cards are part of the Panini Instant collection, which exists to commemorate milestones and achievements in real-time so fans don’t have to wait months (or even seasons) to capture their favorite moments. 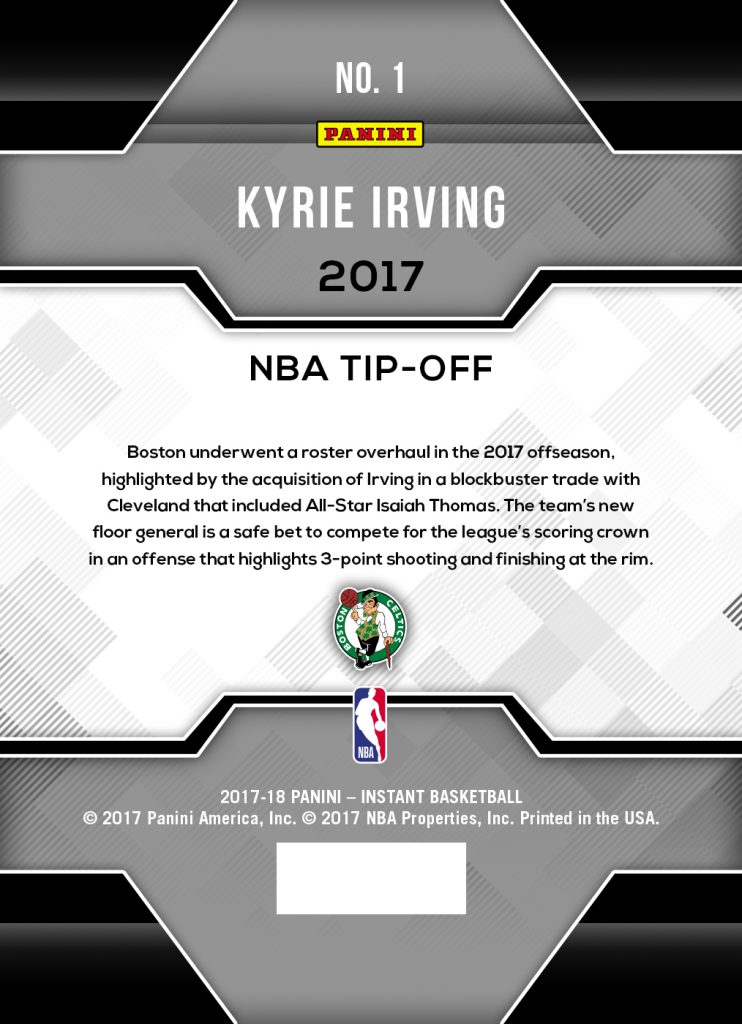 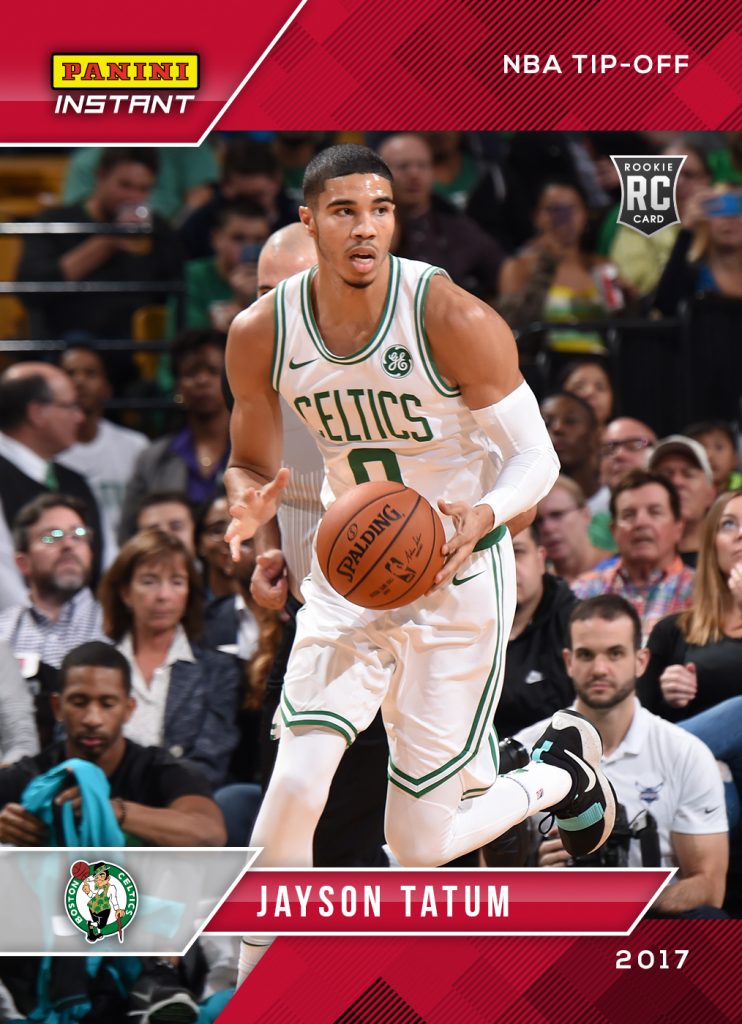 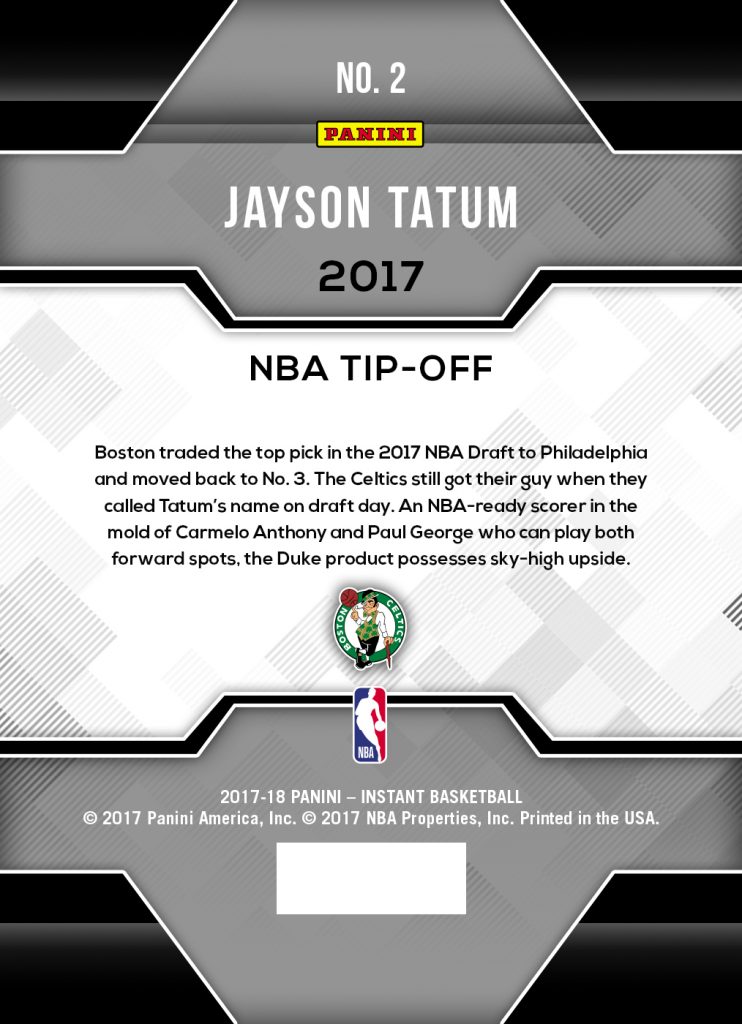