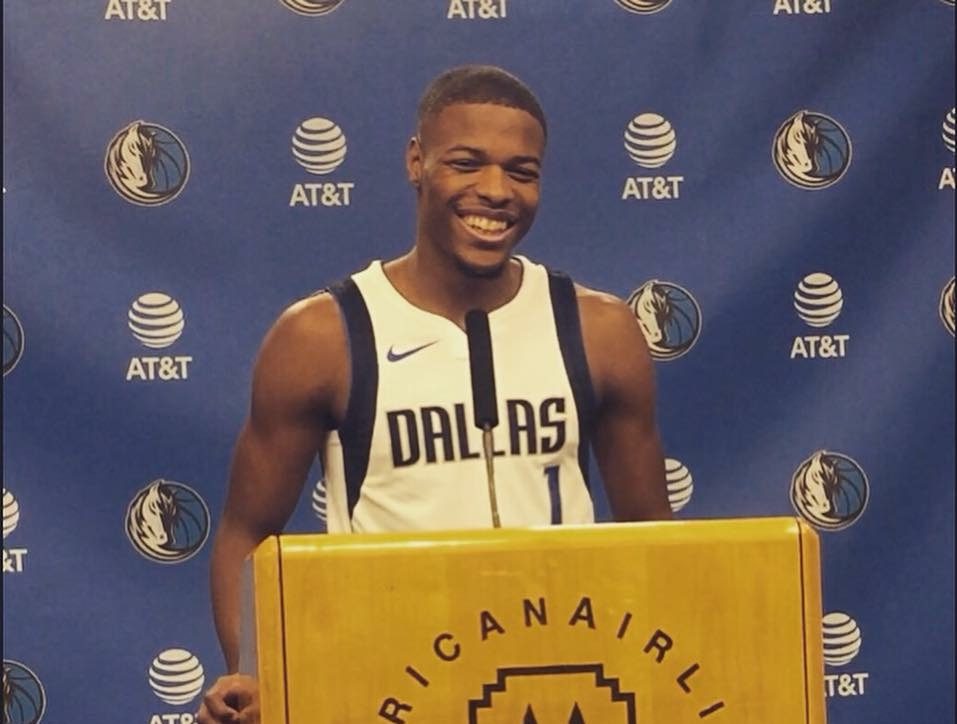 As the minutes drained down in the first quarter of Friday night’s game between the visiting New Orleans Pelicans and the Dallas Mavericks, the former team, composed of DeMarcus Cousins and Anthony Davis, seemed to aggressively turn to the home team and silently hand over the Mavs’ own asses to them just as nearly every team had done since the start of the 2017-18 season.

Scrappy yet sere right out of the gate, Dallas allowed the Pelicans to take a lead of 14 in the first before desperately clawing their way back within three to make it 25-28.

And with that, we have our word of the season: Desperation.

The Mavs surrendered to Davis’ 30 points and 13 rebounds while Cousins chipped in with his 20-20 game, losing 99-94 in the quiet American Airlines Center.

Despite the reek of the 1993-94 Mavericks filling the air of the arena, head coach Rick Carlisle tried to vaguely spin positivity on the very ugly situation.

“I thought we had some good looks tonight,” he expressed when talking about the quality of shooting. He also pointed out that star rookie Dennis Smith Jr. is taking away at least SOMETHING from these losses. “Dennis is learning which guys he can attack and which guys are not the guys to go after. The last three games, we’ve had some pretty big skyscrapers in there. He’s learning a lot and doing a lot of good things.”

You know what isn’t lovely? That the potential that Smith has is being muddled in the heinous start of the Mavericks’ season. Sure, it was an excellent highlight where Cousins literally stood back in the lane and simply watched as the rook threw down. Boogie later addressed it on Instagram after a pic of the incident was posted by @houseofhighlights with the caption: “Dennis Smith Jr. drops the HAMMER. Boogie made a business decision.”

Cousins simply answered back: “Damn right I did” followed by the laughing emoji.

He wasn’t stupid enough to let a rookie, even one as talented as Smith, crap all over his pride.

For the Mavericks, Harrison Barnes led the (attempted) charge with a season-high 26 points as the Mavs look ahead to tonight where they have to face off against the Minnesota Timberwolves.