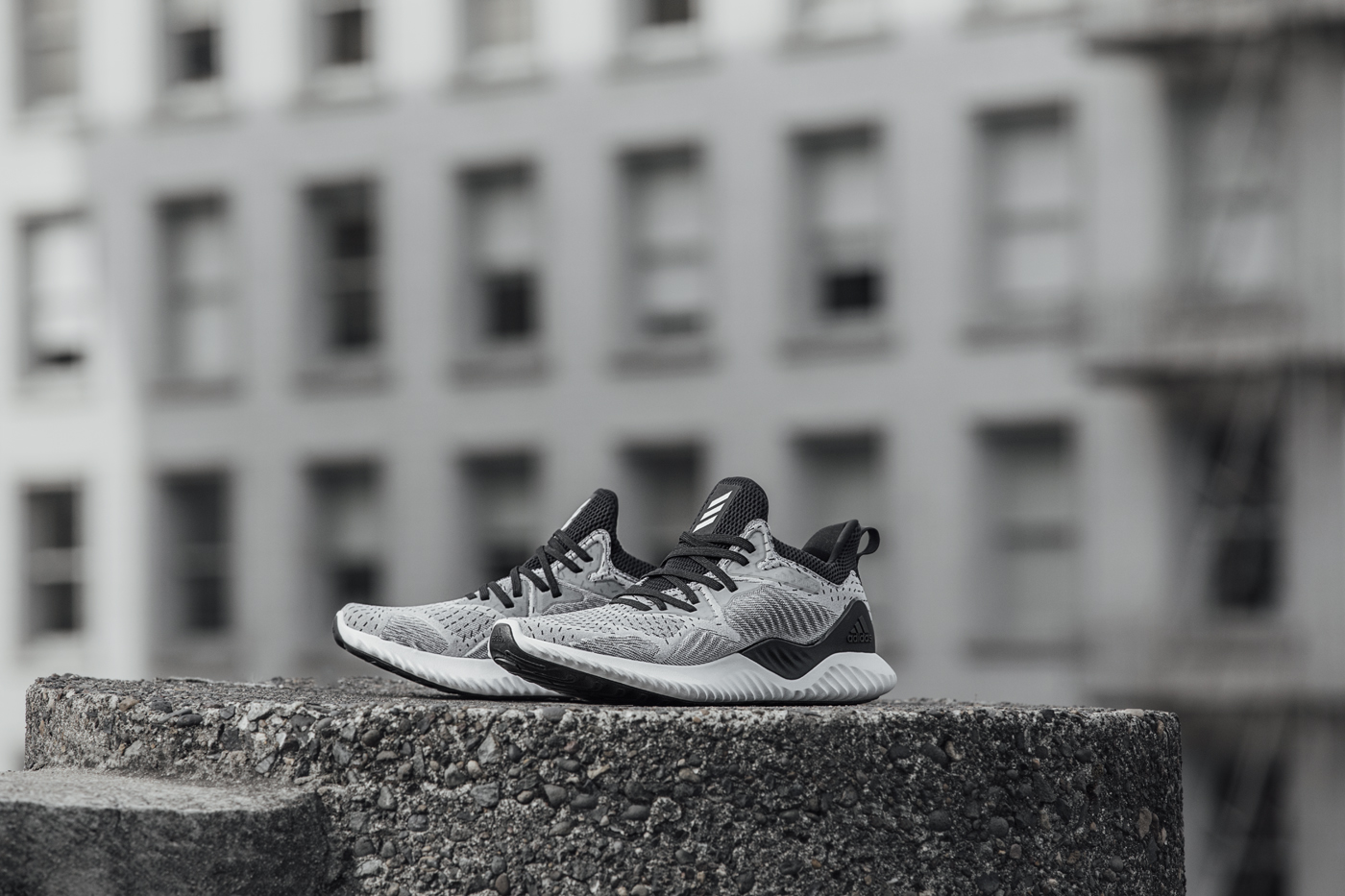 As part of its new ‘RUN THE GAME’ campaign, adidas has launched the first major franchise update with AlphaBOUNCE Beyond – a running shoe designed to celebrate athletes who use running as a tool to dominate their sport. The Beyond, one of the only training shoes built for running with heel to toe cushioning, is updated for more versatile multidirectional movement including a wider midsole and forged zones for stability and quick cuts and a Continental Rubber outsole for more traction on all surfaces.

‘RUN THE GAME’ reflects the intersection of sport and culture, allowing players to remain in the zone throughout their training program no matter the location, whether on the track, in the training room, hallway or streets.

Through incorporating design elements into the shoe such as engineered mesh and a BOUNCE midsole, athletes are empowered to use running within their training to obtain their competitive edge, giving them the power to ‘RUN THE GAME’. To represent this, sports stars Landon Collins, Damian Lillard and Florencia Galarza, are included in the campaign to demonstrate the importance of running within their specific training program, making them the dominant players on the field and court. 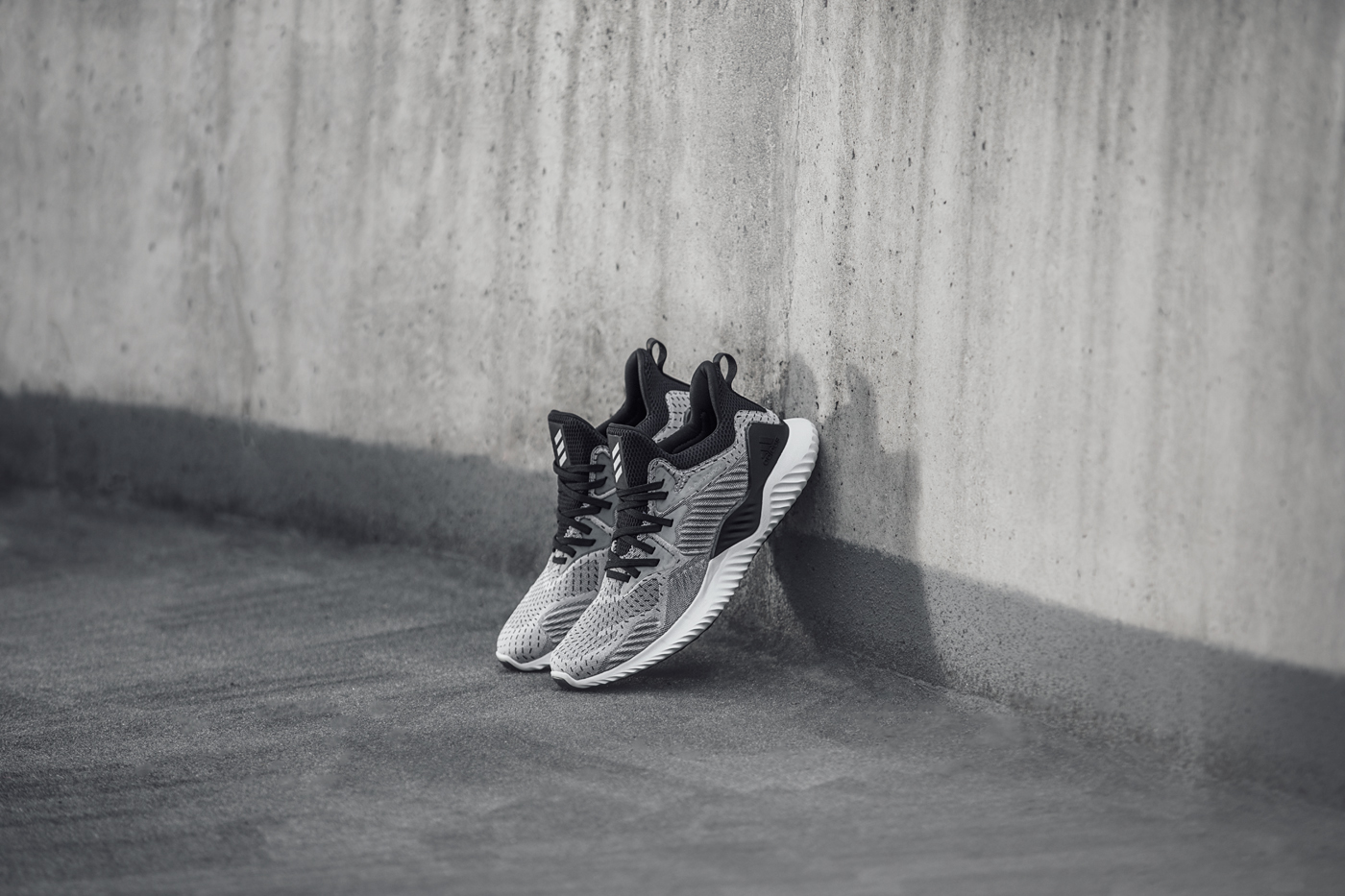 The silhouette is aimed at athletes who do not identify themselves as runners, but instead use running as a training tool for their journey to become the best in their game. The AlphaBOUNCE Beyond is a running shoe which gives them a competitive edge, allowing them to play the game at their pace, control its tempo and dominate the game. The new colorways integrate a mixture of black, white and grey shades which highlight specific areas of the silhouette that were impacted by stress during the testing process.

“Athletes want to be the best at their specific sport and they understand that running is a key factor in obtaining their goals. adidas has worked with a range of vertical athletes – those who compete in sports such as soccer, football, basketball, baseball, field hockey, tennis and boxing – as well as versatile athletes – those who are cultural leaders in dance and modeling – to develop a running shoe that will give them the edge over their competition, making them the best on the court, field or pitch,” said Andy Barr, Product Category Director for adidas Running.

Incorporating a range of dynamic materials into the fundamental design elements of the AlphaBOUNCE Beyond has allowed adidas to assist athletes in their journey to use running in their training to help them become the best at their game, whatever the sport. The use of Aramis technology, which measures the mechanics of the foot during movement, informed the creation of a one-layer, seamless forged mesh upper. This unique upper works as one with the foot thanks to the built-in stretch areas that support the linear and lateral movements required in multi-directional agility training. The shoe combines a dynamic BOUNCE midsole, a responsive foam engineered to integrate an elastic feel to each step, with a Continental outsole, which provides superior grip for athletes training on any surface, from the polished wood of a basketball court to the freshly cut grass of a football field.

‘RUN THE GAME’ will see content rolled out across Social, Digital and Retail channels including a RUN THE GAME that you can see part of below. The next chapter of RUN THE GAME will be revealed in spring 2018.