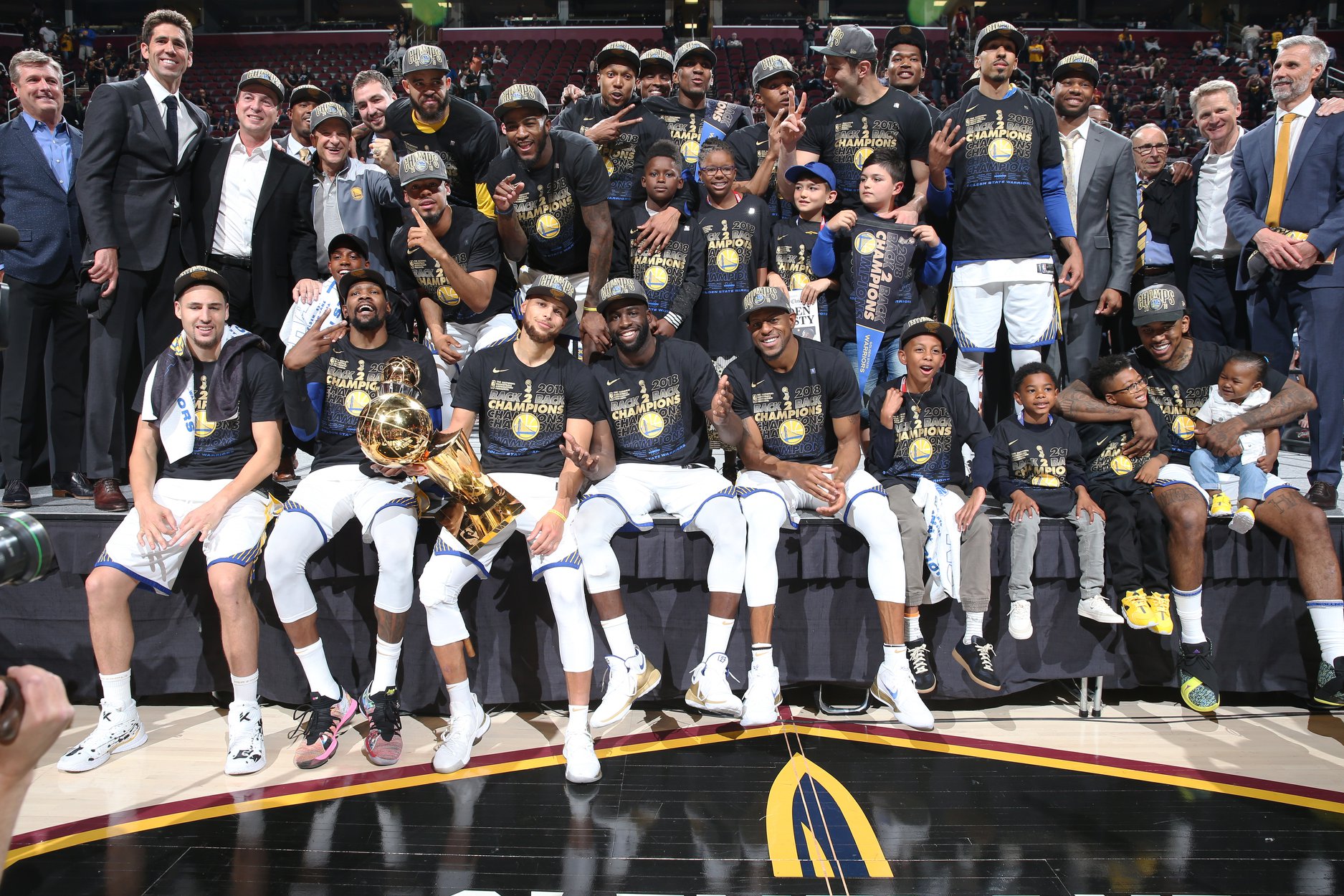 Kevin Durant had a triple-double (20/12/10) while adding another NBA Finals MVP trophy, as the Golden State Warriors won their third NBA Championship in four years by a score of 108-85, completing the sweep over the Cleveland Cavaliers.

LeBron James, who admitted he played the last three games with a broken hand after injuring himself by punching a white board after Game 1, finished with 23 points, seven rebounds, and eight assists. Kevin Love finished the game with 13 points and nine rebounds, while Rodney Hood and J.R. Smith each scored ten points in the loss.