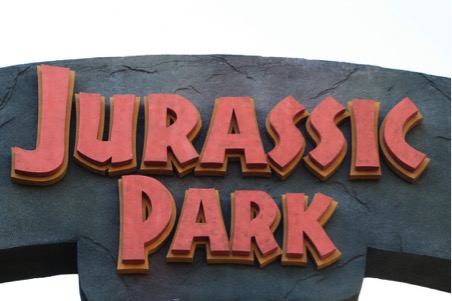 There is no denying the success of success of Jurassic World: Fallen Kingdom, and Universal has quickly stepped back into the ring to offer fans of the Jurassic Park franchise a chance to celebrate the 25th anniversary of the original that enchanted tens of millions around the world back in 1993. Beginning September 16, 500 theaters across North America will be screening the original Jurassic Park movie for three nights, giving families a chance to relive the dawn of this incredible franchise again on the big screen. Tickets are already on sale for screenings of the original nationwide. The showings will also feature a theatrical debut, with a “fan-made remake” of the 1993 original.

Based mostly on Michael Crichton’s outstanding novel, Steven Spielberg’s Jurassic Park was ahead of its time in its use of CGI and life-like animatronic dinosaurs. In 1993, the original blockbuster raked in over $357 million at the box office during its initial cinema run, followed by an additional $45 million when it was rereleased in 3D five years ago. Adjust those numbers for 2018 inflation, and the 1993 revenue figures would equate to almost $850 million today, more than double the $410 million that Fallen Kingdom generated domestically in the U.S. 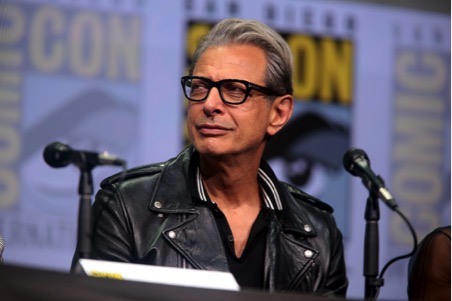 Jeff Goldblum, one of the leading faces of the Jurassic Park franchise. Image courtesy of Gage Skidmore.

As with most film franchises, it proves very difficult to surpass the excitement and authenticity of the original, and that is the case with Jurassic Park. It featured a stellar cast of Hollywood stars, including Jeff Goldblum, Richard Attenborough, and Samuel L. Jackson. It was difficult to take your eyes off the storyline for a second, with the action-packed plot underpinned by an atmospheric musical score from John Williams that lives long in the memory, even a quarter of a century later.

The Jurassic Park franchise is one which has been embraced all over the world. From backpacks and T-shirts to board games and video games, it will live long in the legacy of Hollywood director Steven Spielberg. Aside from video games consoles, software developers of iGaming brands are also getting in on the Jurassic act. The new Jurassic Park video slot is licensed to offer immersive gameplay and original sights and sounds from the film that have been meticulously captured. Better still, many of the iGaming brands that offer the Jurassic Park slot within their slot portfolio also dish out free spins and sign-up offers for new customers. Such gives fans of the franchise the chance to relive moments of the film using bonus funds as well as a little of their money.

What was the legacy of Jurassic Park?

So successful was the original that Spielberg himself pleaded with the author, Michael Crichton, to pen a sequel, resulting in the 1995 release of The Lost World. Spielberg adapted this into the movie sequel, The Lost World: Jurassic Park, which was released on the big screen in May 1997. Jurassic Park III followed in July 2001, as was a fourth installment, Jurassic World in June 2015. As previously mentioned, Jurassic Park: Fallen Kingdom reached our cinema screens earlier this summer, and there is a fifth and final sequel planned for release in 2021 that will be directed by Colin Trevorrow.

Although the Fallen Kingdom drew mixed reviews from critics, it still cemented its place as the 12th highest-grossing movie of all time worldwide. Such suggests that the appetite for the Jurassic Park franchise is still as strong today as it was in the late 1990s. Away from the big screen, Jurassic Park is still a massive brand in the entertainment industry. Each Universal Park and Resort features a Jurassic Park-themed ride. The latest opened back in 2010 at Universal Studios Singapore, with a “The Lost Word” area consisting of a string of Jurassic Park-themed rides, including the adrenaline-fueled Jurassic Park Rapids Adventure.

Leading American comic book writer and novelist Steve Englehart is famed for his sterling work with DC and Marvel comics is among the most recent recruits enlisted to write a series of Jurassic Park comic books; building on the momentum of the original. Are you excited to see Jurassic Park back on the big screen? For many, the franchise’s 25th anniversary will be a golden opportunity to relive those childhood memories — much like when we marked the 30th anniversary of the Back to the Future franchise in 2015.