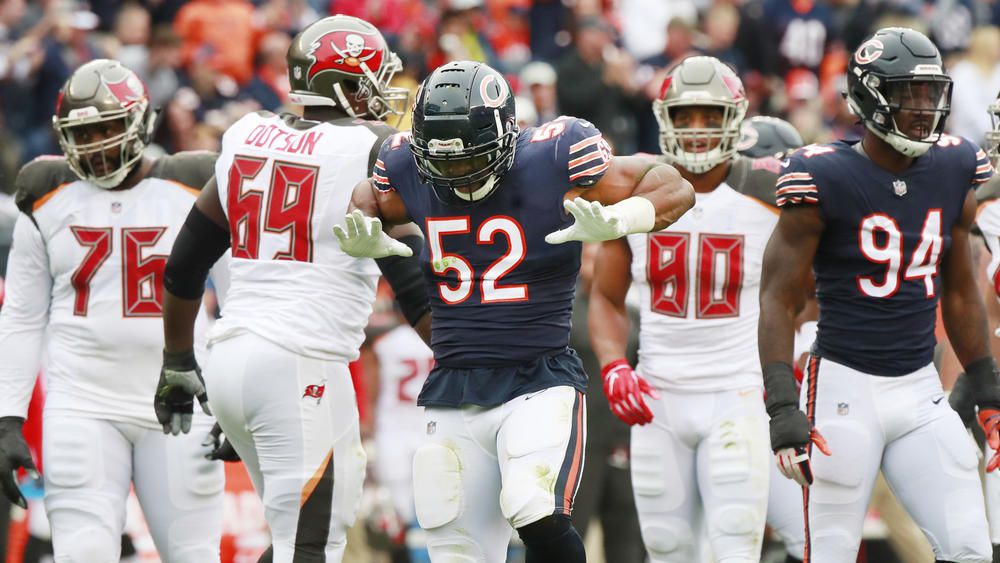 It is a busy time to be a sports fan here in the middle of October. Playoff baseball is in full swing, although the month is ruined for me as I am a Cleveland Indians fan.

Anyway, the NFL season rolls along as we have another interesting slate of games this week. There are some great matchups and also some spreads that stand out as locks, at least in my opinion.

Let’s get right to it…

Is it possible that the Eagles are…mediocre? The Eagles and Giants meet up in what is historically a great game to watch. But time goes on and this one could be a snoozer, especially on a short week. With the Giants at home in this one, I’ll put my faith in Eli, Saquon and OBJ.

The rookie QBs are taking over the NFL and Josh Rosen is included in that group. This Vikings team got whooped by the Bills just a few weeks ago and while they should win this game outright, this spread is too high for me to take the home team.

Do you have Browns fever? They remain undefeated at home, which includes a tie, and that streak shall continue on Sunday.

The Bears were off last week which seemingly caused some to forget that Mitch Trubisky and his team lead the NFC North. The addition of Khalil Mack made the Bears legitimate contenders. The Dolphins are the opposite, even with a 3-2 record.

This is a toss-up for me. I’ll take the Redskins because they are home.

More rookie QB mania as Sam Darnold will take down a 1-4 Colts team that hasn’t seen a resurgence with the return of Andrew Luck. The Colts are extremely banged up and are headed toward the top of the 2019 NFL Draft.

Which Steelers team will we see on Sunday? I’m taking a chance and saying that we will see the dominant version that beat the Falcons last week. I don’t have faith in the Bengals to be the new kings in the division just yet, even with that pretty 4-1 record.

This is another tricky game. The Falcons are 1-4 but still have the reputation of being a decent team, at least in my eyes. Then there is the Bucs, who have not won since the end of FitzMagic. Jameis Winston is average at best and his team will go down in Atlanta on Sunday.

The Raiders should be 0-5. This will be a blowout.

This Bills team is unpredictable and that gives me the belief that they will cover this spread. The Texans have won two straight after an 0-2 start, but the wins are over the Colts and Cowboys. Meanwhile, the Bills are also 2-3 with wins over the Vikings and Titans. Circle the wagons in this one.

It is going to be a winter wonderland in Denver on Sunday. That bodes well for the home team in terms of this game being close. The normal Rams aerial assault will not be as dominant as usual.

The Cowboys are average at best and Jason Garrett may lose his job soon. An easy win for the Jaguars won’t help his case at all.

The Titans looked like hot garbage on offense against the Bills last week. The Ravens struggled against the Browns, but that is a top ten defense forming in Cleveland. The Ravens will easily get back to their winning way against a Titans team that peaked too early.

This is the best game of the week, by far. I am all in on Patrick Mahomes and he will prove that his Chiefs are the top team in the AFC. At least until the playoffs begin. Then the Andy Reid curse comes into play.

The 49ers are without Jimmy G but this is quite the large spread. The biggest loss for the 49ers on the year was a 38-27 defeat at the hands of the Chiefs. The biggest win for the Packers was a 22-0 shutout against the Bills. I have a feeling the 49ers will step up in primetime and Kyle Shanahan will put out all his tricks to show that his team isn’t a joke with Garoppolo.