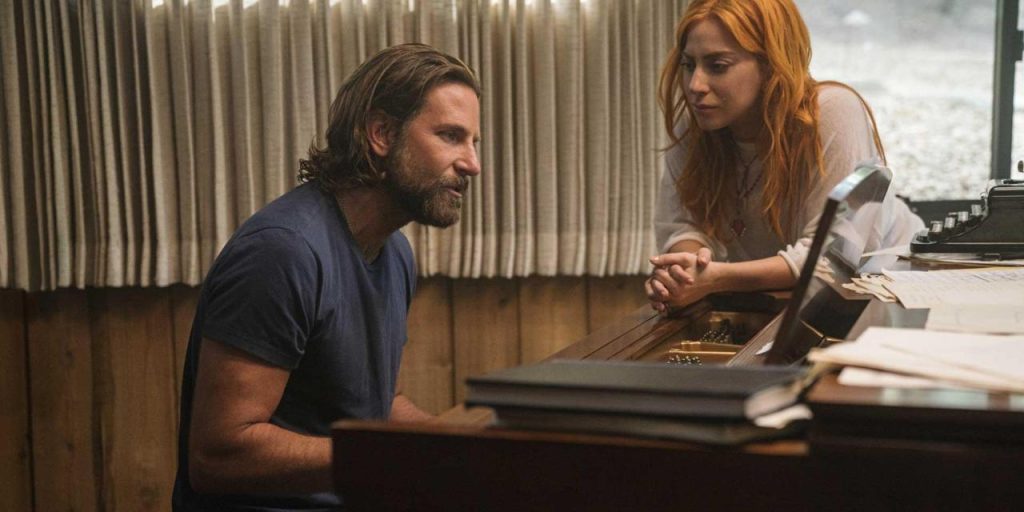 A Star Is Born (Warner Brothers)

A career in the music industry is a doomed exercise in having your cake and eating it too for those passionate about their craft. Bradley Cooper’s A Star Is Born, which is his directorial debut, tells the tale of a young lady named Ally who’s thrust into the spotlight by famous musician Jackson Maine. Ally goes on a journey to the top, trying to maintain her true voice, as Jackson burns out. Lady Gaga and Bradley Cooper star in this remake with a solid supporting cast, including Sam Elliott, Andrew Dice Clay, Rafi Gavron, Anthony Ramos, and Dave Chappelle.

Bradley Cooper works with amazing directors all the time, including Clint Eastwood, and he approaches his directorial debut with a simple, yet powerful style. The camera gets intimate with the characters, staying with them in moments of pure joy and instances of pure hell, allowing the acting to shine. Cooper directs the actors well, capturing quiet moments to really allow us to feel their reactions. For example, one moment with Bobby, Jackson’s older brother, reveals so much because the shot is held just long enough to capture a touching reaction.

The sound mixing is effective, especially in amplifying Jackson Maine’s demons. The static noise of the crowd and the issue with the ringing in his ears are amplified when he’s loaded, pulling us into his perspective. And, of course, the moments on stage are phenomenal. It’s not only because Lady Gaga is a force to be reckoned with behind a mic, but also because Cooper captures the swelling of the audience, putting us right there with the performers. This film has one of the best soundtracks this year and will be hard to beat come award season. Yes, it’s a remake and the story isn’t a novelty in any sense, but the quality of the film puts you in familiar moment as if they were brand new. 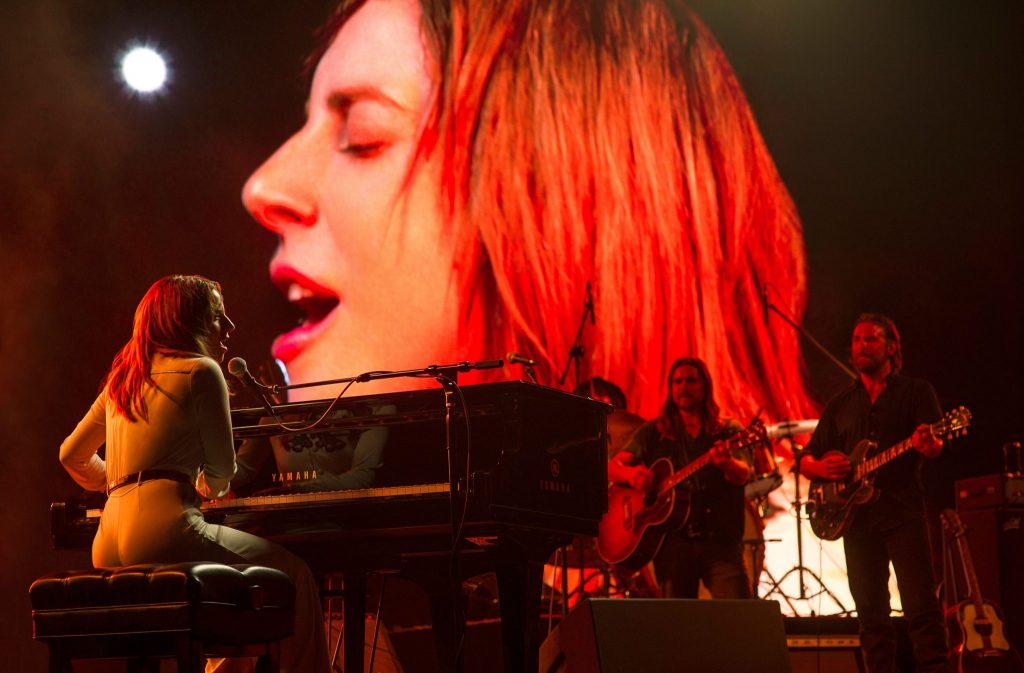 Lady Gaga, playing Ally, is captivating as a tough, caring woman trying to stay sane in a world where only insanity exists. She holds her own in every scene, but she absolutely shines when she sings. You feel the music in your soul when Lady Gaga performs and it’s almost safe to say you’ll get goosebumps. There are also some relative issues both Lady Gaga the singer and Ally have to deal with in the music industry, making her performance more genuine.

Bradley Cooper learned how to play the guitar with the help of Lukas Nelson, Willie Nelson’s son, and took extensive voice lessons to transform himself into Jackson Maine. He sounds authentic and gives a soulful performance of an artist addicted to the bottle who’s crashing down to Earth. Although he’s an addict, you can tell his music, along with Ally, is what holds his shattered life together. His continuing struggle to go straight and help Ally shine is a tragedy with beautiful moments. Ally and Jackson Maine’s relationship feels real thanks to the two talented leads.

Each member of the supporting cast gives dedicated performances, but Sam Elliott playing Jackson Maine’s brother Bobby is the one you’ll remember the most. Elliott gives a quiet, but moving performance playing a much older brother who has taken the role of guardian over Jackson. His scenes with Cooper are heartbreaking and he deserves some recognition for his work.

What artists say is all they have and if you listen, you’ll be able to feel their truth. However, the deeper they get into the machine, the more filtered their voice gets until one day they’re only saying what the machine wants them to. A Star Is Born is a tremendous film about musicians trying their best to live truthful lives while bathing in the spotlight, a balancing act every artist is burdened with. It’s a movie that celebrates songs that mean something in a world where empty lyrics are devoured like junk food.