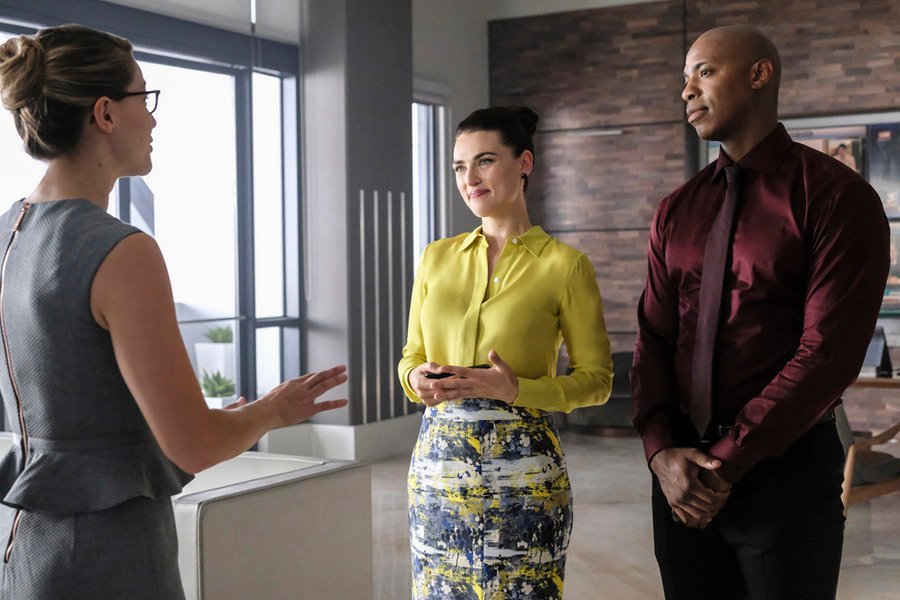 Kara Danvers was back on her bullshit in the Supergirl season 4 premiere. When J’onn J’onzz brought a hate crime against an alien to her attention, she insisted that hate wasn’t a motivation. Later, she reiterated that she believes the world is better and “more diverse” than ever.

Kara only began to come around when she saw dark web chat rooms fueling hatred against aliens. She felt completely shocked. I genuinely don’t understand the point of making Kara this naive in season 4. Since she’s back at square one after all this time, it’s hard to believe she’ll ever move beyond a privileged view of the world.

The episode introduced Nia Nal, played by Nicole Maines. Nia is the first transgender character in the DCTV universe. Her introduction was endearing but cheesy. She rambled nervously to Kara, causing Kara to say, “You’re me!” In the scene, Nia was pointedly styled to look like season 1 Kara, while Kara looked more like Cat Grant.

It was a fun introduction that was hurt by the fact that Kara is such a bad character. My main thought during the scene was “ugh, I don’t want two of them.” When Kara saw a hard working reporter and immediately identified with her, I wondered what basis she had for that.

Later, Nia pitched an article passionately to Kara, but failed to fight for the assignment in a big meeting. Putting aside the fact that Supergirl still doesn’t understand how newspapers work, this plot was a nice introduction to Nia’s character. It’s easy to root for her to find her voice.

The highlight of the episode was a ridiculous, classic superhero show moment. As Lena Luthor watched her plans crumble and James Olsen face a demand for him to step down as Guardian, it cut to Lillian Luthor making a chess move while alone in her prison cell. That’s just fun. More stuff like that, less debating over whether hate is real.