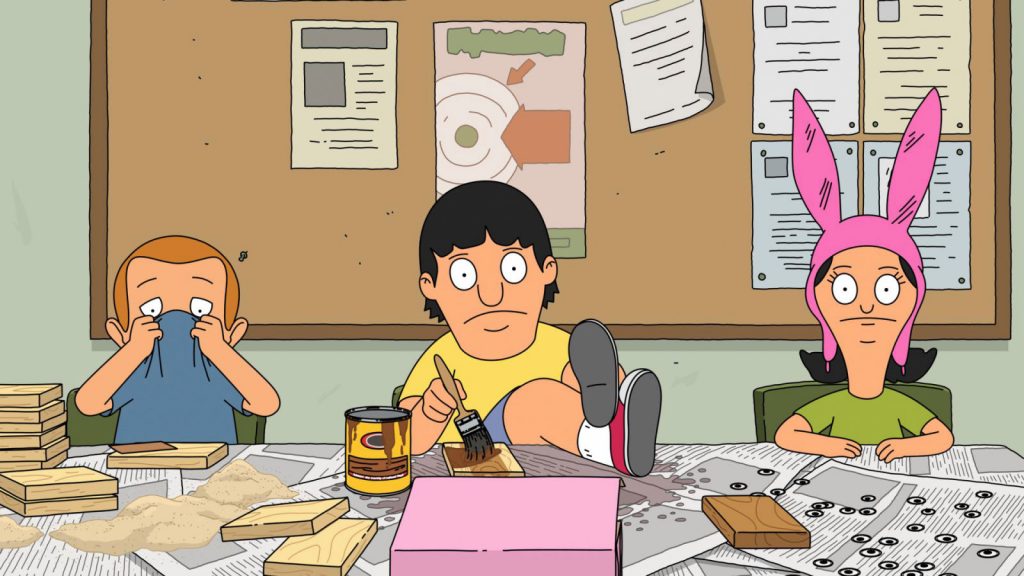 On this week’s episode of Bob’s Burgers season 9, the kids joined a class where they had to create a real small business. But, Tammy Larsen quickly meddled to create a divide between management and the labor force.

In the turning point of the episode, Tina Belcher betrayed her siblings (and Regular-Sized Rudy) by joining the management side. Then, she made working conditions even worse. The problem is that this all felt incredibly mechanical.

There’s nothing in the plot of this episode or in Tina’s character that justified this plot turn. She became a hardened business monster for no other reason then to move the episode along. None of it felt right. While Tina was uncharacteristically heartless, Louise Belcher and Gene Belcher were inexplicably passive. They complained but were ultimately willing to do whatever work the management laid out for them.

Only two parts of this episode rang true. Early on, Bob Belcher was excited at the prospect of speaking to the small business class but got shot down. Then, Tina nearly suckered Teddy into investing in their small business. Teddy told her, “If it’s anything like Bob’s Burgers, I know I’m getting in on something really special.”

These moments work, but what happens in between has nothing to do with Bob’s relationship to his kids. Tina’s revelation that she’d like to be a good person who’s bad at business like her dad didn’t mean that much because her actions up until that point felt so arbitrary.

In the subplot, a dine-and-dasher voiced by Tom Lennon repeatedly outsmarted Bob and Linda Belcher. The best part of this plot was the conclusion, when they agreed to let him eat at the restaurant again if he paid in advance and kept his hands tied behind his back while eating. The final exchange where Tina says that she’ll feed him and asks whether she should pretend the food is a train was great. It was a fun end to a pretty disappointing episode.

Check out my review of last week’s episode of Bob’s Burgers season 9.