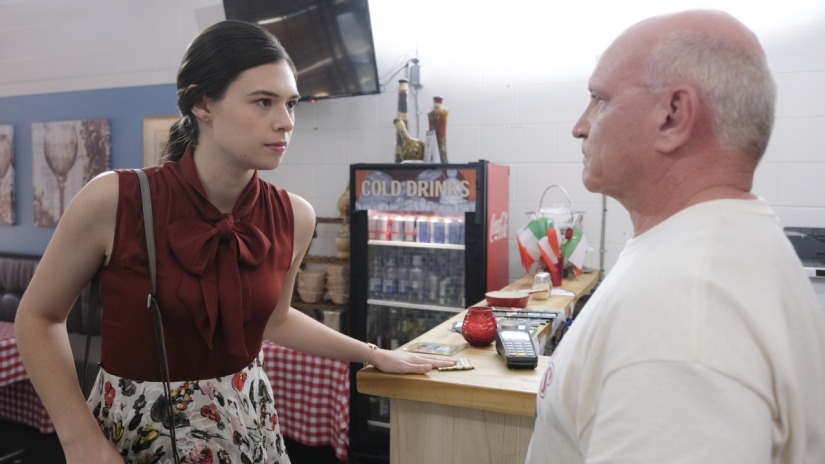 Supergirl season 4 is already shaping up to be its most politically messy season yet. I wish the show would focus on fun superhero action or compelling personal plots. But, over and over again it hangs its hat on fighting hard for centrism.

“Fallout” opened on two groups of protestors outside the White House. Anti-alien bigots confronted a group of protestors promoting equality. When violence broke out, Kara Danvers flew in… to save an American flag. The episode didn’t get any better from there.

Unlike other episodes of Supergirl, the problematic politics weren’t a problem exclusive to Kara’s character. When Nia Nal told James Olsen that they should cover the violence that aliens experience, he bafflingly told her that they need “balanced reporting.”

This plot was better than most in the episode because Nia actually pointed out that innocent people’s lives are at stake so it’s not about balance. Then, James witnessed a CatCo reporter pranking  an alien coworker. So, at least the message was clear in the end. But, it was frustrating to watch James of all people fight for “balance” in the first place. Supergirl refuses to portray more than one good character at a time.

Right now Nia is the one shining light in the show. She immediately stood up when she saw bigots attacking Brainy. Then, she fought to have CatCo report on the violence. Nia is exciting to watch, but it’s a baffling experience watching a character conduct herself in the exact way that Kara should. It’s a hell of a contrast.

Furthermore, it’s hard to enjoy Nia while watching other characters get mistreated. If James Olsen of all people can be oblivious to the plight of others, and lack basic understanding of journalistic responsibility, it feels like it’s only a matter of time before Nia gets watered down too.