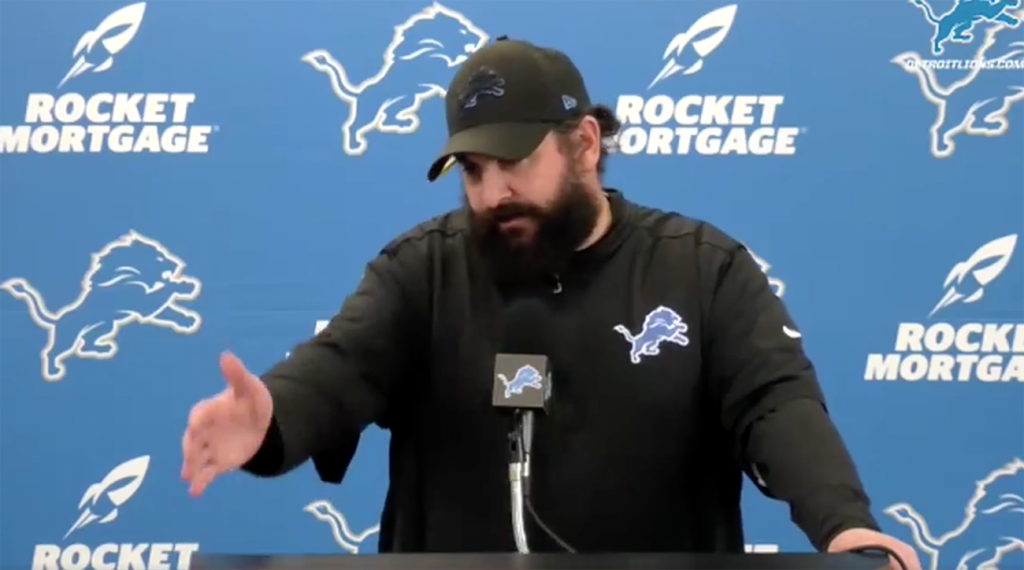 Spooky season is officially over as November is here. The first game of Week 9 is tonight but it has already been an eventful week in the NFL. Hue Jackson is unemployed and Matt Patricia is scolding reporters for their posture.

The playoff races are beginning to take shape while some teams are already looking ahead toward the 2019 NFL Draft.

Let’s take a look at this week’s slate of games, starting with a dud of a Thursday night game.

This will give fans some nostalgia when thinking back on the dreadful Thursday night games of the recent past. The 49ers are terrible because they lost their quarterback, while the Raiders are terrible thanks to some historically bad coaching by Jon Gruden. Good thing he is only there for (checks notes) 9.5 more seasons.

This is a total toss-up but I will go with the Raiders solely because I personally witnessed that team go off against the Browns. The ability to have a breakout game is there.

The Lions have woken up after a 1-3 start but will square off against the Vikings for the first time this season on Sunday. Kirk Cousins and the Vikings were riding a three-game winning streak before a tough loss against the dominant Saints. Being at home will make this one an easy one for Minnesota.

The Browns fired their head coach and offensive coordinator a week before going up against the best team in football. This one won’t be close.

No Le’Veon Bell, no problem. The Steelers got another Browns coach fired and have won three straight. The Ravens have lost two straight, although both losses came against tough NFC South opponents.

This one should be close and even though the Ravens won the first matchup between these two, the Steelers usually find a way to stay hot once they are in a streak like this. James Conner continues to get better and the Steelers offense appears to be clicking after a big win in Cleveland.

Fitz Magic is back! That means a ton of points and a close game, even if the Bucs cover at the last second.

Brocktober is officially over but Brock Osweiler remains the starter for now in Miami. The Dolphins have lost two straight, which is also true for the Jets. However, the Jets have shown an ability to put up a lot of points at times this year. After giving up 42 points a week ago, the Dolphins defense will struggle once again.

Aside from what looks like a fluke loss to the Colts, this Redskins team looks to be for real. If Adrian Peterson‘s resurgence continues, they seem to be a lock for the postseason.

Nathan Peterman is projected to start for the Bills. That’s all I have to say about that.

The Texans have won five straight and should roll over a Broncos team that has a head coach on the hot seat. The Broncos have three wins this season. Two of those came against the Cardinals and the Raiders. Don’t expect this game to be close, even though it is in Denver.

The Chargers are a legitimate Super Bowl contender, while the Seahawks continue to pick up wins over bad teams.

This should be the best game of the week. The two teams have a combined record of 14-1 and the Saints are seeking to be the team that takes down the mighty Rams. I don’t see it happening.

The Packers should have taken down the Rams last week if not for a kick returner going rogue. The Patriots didn’t look too great against the Bills on Monday night, so this should be a close one.

This is quite the large spread in favor of a 3-4 Cowboys team. That blowout win over the Jaguars doesn’t look as big as it did at the time.