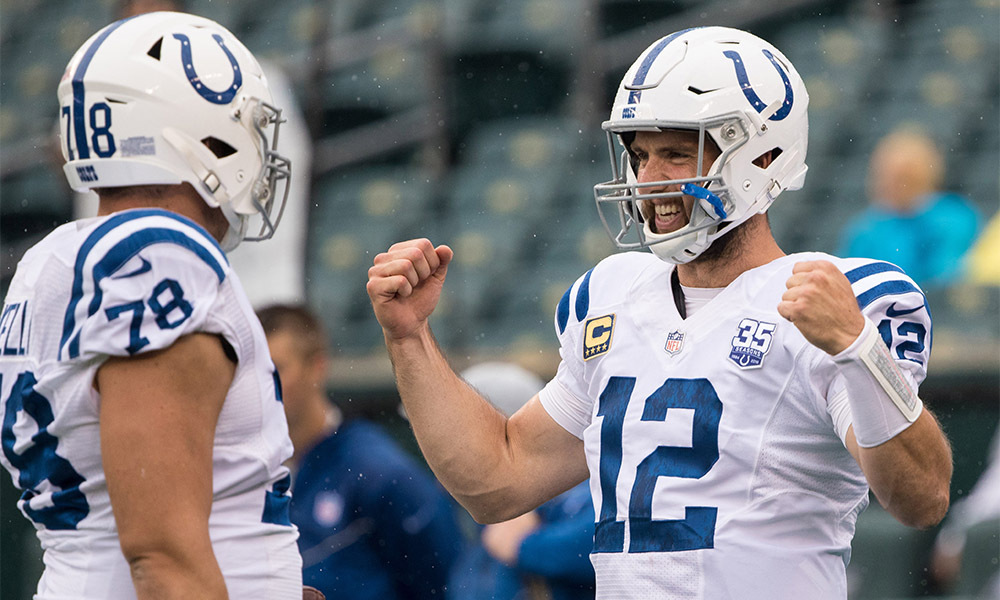 Thanksgiving is only two weeks away and I don’t know where the time has gone.

The NFL season is already in Week 10 as some fans are gearing up for the playoffs, and others are already talking about the 2019 NFL Draft.

Then there are fans in Oakland who are wondering what happened to the contender they saw not too long ago.

This week features some marquee games along with some giant spreads that are tough to decide on. Let’s get to the picks…

The Panthers are quietly contending for the top seed in the NFC. The team is 6-2 and the two losses came by a combined total of 13 points.

But the Steelers have also been rolling as of late. The team has won four straight and looks to be getting stronger as the season rolls on. With this being a Thursday game in Pittsburgh, I’ll go with the home team.

Sam Darnold is out and that may actually help the Jets on offense. His absence shouldn’t matter too much, though. This Bills team has scored a total of 20 points over the past three weeks.

This game shouldn’t be a blowout, but the Jets will easily cover.

Call me crazy but the Browns like to play close games. Hue Jackson and Todd Haley being gone allows the team to play more freely and not deal with unnecessary tension from the coaching staff. This one will be decided by a field goal.

The Bengals are having a solid season so far, sitting with a record of 5-3. But the Saints just took down the undefeated Rams and are going up a Bengals defense that allows nearly 30 points per game. After putting up 45 on the Rams, the Saints will destroy this Bengals defense.

The Redskins had a bad game last Sunday, getting blown out by the Falcons. But a game against the Bucs should help turn things around.

The constant shuffling of the quarterbacks in Tampa Bay had not helped the 3-5 Bucs. The team has put up a lot of points the past two weeks, but are still losing games. It could be six straight losses if not for a gift against the Browns.

The Redskins have several injuries along the offensive line, yet the team should arguably be favored on the line in this one.

The Titans have had problems scoring all season. However, the team is 4-4 thanks to a defense allowing just over 17 points per game.

The problem is that the Patriots are in town with an offense that averages 30 points per game. This game will be the usual occurrence where the Patriots come to town and show how much better they are then some of the lesser AFC contenders.

I have heard all the hype about the Colts having a shot at making the playoffs. This Jaguars team has lost four straight, with 18 points being the highest one-game total for the team in that span.

Blake Bortles is ruining a contender in Jacksonville and Andrew Luck will prove that having a great quarterback can elevate a team that may be struggling at other positions.

The Lions are in last place in what has been a confusing season. The team has big wins over the Patriots and the Packers, but were blown out by the Jets and put up nine points last week against the Vikings.

One knock against the Bears is that they have beat up on some bad teams this year. A blowout victory against the Bills doesn’t exactly make one a contender. But the return of Khalil Mack should mean doom for the Lions offense. It may be a struggle to reach double-digit points once again.

I hate spreads like this. The Chiefs are a juggernaut, but this is still a lot. The Cardinals do have three losses on the season by more than 17 points.

My fear is that an average Chiefs defense will be fine with the Cardinals putting up some points. The Chiefs offense can’t be stopped so while it should be an easy win, the Cardinals could cover in garbage time with some easy scores.

The Raiders are an abomination. I actually picked them last week to take down the 49ers. Instead, the Raiders offense looked like a unit of replacement players. This is sad to watch, but easy to bet on.

The Rams are fresh off a loss against the Saints, but clearly those making the spreads aren’t too worried about any sort of losing streak.

These two teams met up earlier this year in what was a 33-31 victory for the Rams. However, that did come in Seattle.

Being at home will help the Rams but just like with the large spread in the Cardinals-Chiefs game, the Seahawks could easily cover late with this giant spread. I just can’t trust the Rams to protect a 10-point lead late if a score doesn’t matter.

If you missed seeing the Cowboys on national television, worry not! They are back.

The Cowboys are on the road, where the team is 0-4 this season. They did have a dud loss on Monday night but in a must-win game, for the season and perhaps for the coaches, I see this being close.

This is a Monday night game. How sad.

I’m not sure why anyone who isn’t a fan of either team would tune into this one, unless betting is involved. The Giants are absolutely terrible and are wasting everyone’s time by having Eli Manning line up at quarterback.

Meanwhile the 49ers seem to have found something in Nick Mullens. This won’t be a fun game to watch, but the 49ers will cruise to victory.