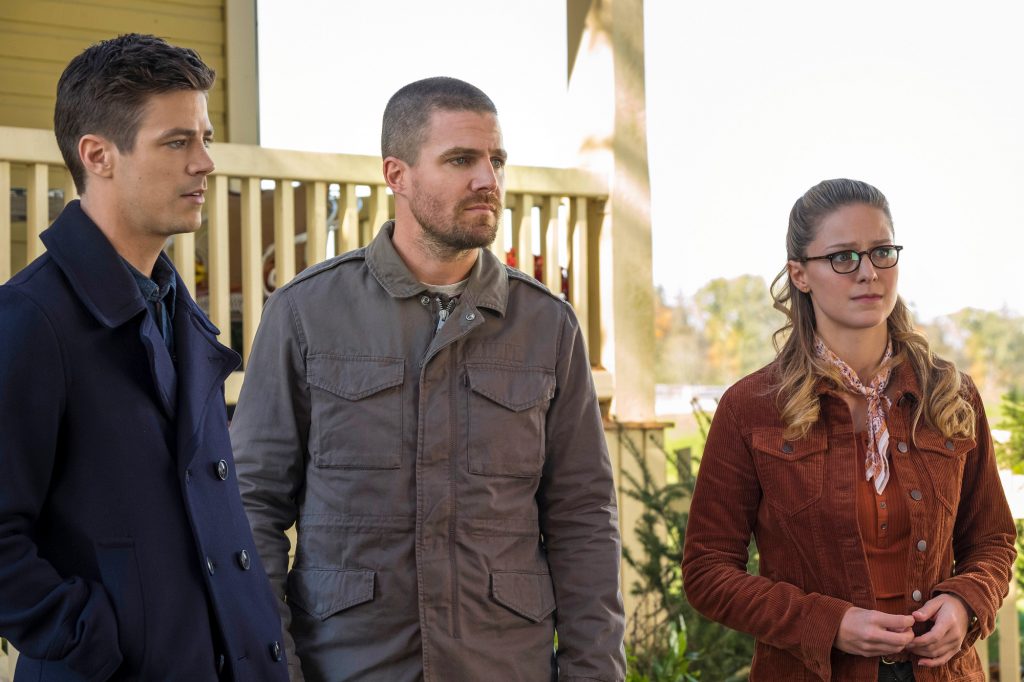 This week’s episode of The Flash season 5 kicked off the 3-night crossover event “Elseworlds.” It’s already shaping up to be by far the best Arrowverse crossover.

The big concept helped the episode. Barry Allen and Oliver Queen switched places. Besides themselves, everyone that thought Barry had always been Oliver and vis versa. It’s the kind of fun concept that comic book TV shows should do more of. Even if the explanation ends up being insufficient, I couldn’t be mad at them for forcing something that was so great to watch. They nailed all the details, like Barry not panicking until he realized that Oliver now shares a bed with Iris.

Did it make sense that Team Flash immediately threw both Barry and Oliver in prison? Not really since they all know magic things like this can happen and neither of them had tried to hurt anyone. But, it was enjoyable to watch. This is the first crossover where I felt like everyone involved went above and beyond to make sure every moment was entertaining.

Oliver and Barry play off each other incredibly well. Their scenes have a unique feel that’s different from The Flash or Arrow. They have chemistry and clearly love each other, but they also point out each other’s failings to great effect. I cheered when Oliver said that Barry can’t function without sappy speeches. Oliver also finally called Barry out on his secret prison and, specifically, the lack of bathroom. This led to a reveal that the cells always had toilets that retract in the walls.

The Supergirl element of the episode was also great. Barry and Oliver visited Kara Danvers to test the theory that only their earth was affected by the switch. Tyler Hoechlin’s Clark Kent absolutely stole the show. He’s such a good version of the character that it’s a shame he’s not a bigger character. The music cue when the episode first cut to Clark was inspired.

Also check out my review of last week’s episode of The Flash.