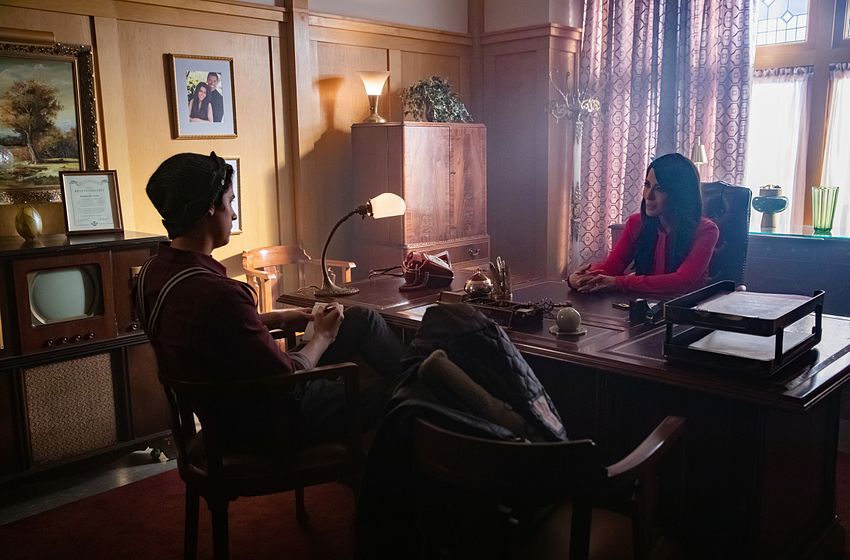 This week Riverdale season 3 was a noir. The only justification for this was a Jughead Jones voiceover sloppily saying that Riverdale had become a noir.

The episode went all-in on the style, right up to the end with Veronica Lodge saying, “Forget it. It’s Riverdale.” In Riverdale season 3 genre homage is no longer something that adds an extra layer. Genre don’t just provide stylistic touches peppered throughout. The genre homages completely steamroll everything, making characters do and say things they would never do or say normally. So, it feels more like a sketch show than a drama.

Betty Cooper investigated Penelope Blossom. She and Hal Cooper believed that Penelope could be responsible for every supposed suicide in the town, including Clifford Blossom’s. This brought them to a sex club where Betty accused Penelope of exploiting women and Penelope claimed that’s impossible because the women who work for her are doms. It’s impressive how wrong every single thing that Riverdale says about sex work is.

Eventually, Betty accused Penelope of killing people. Penelope responded, “Not people. Men.” Penelope is the messiest character on a very messy show. The amount of things she’s been through would be a lot even on a show where she’s the main character. The fact that she’s a barely explored side character but still has this amount of baggage is stunning. It’s obvious that Penelope’s man-hating agenda doesn’t actually matter beyond a couple cool sound bites. She’s too underwritten to have any kind of ideology.

Meanwhile, this episode acknowledged Archie Andrews’ trauma more than most. Since the reveal that Miss Grundy raped him in the pilot, Archie’s trauma has always been underexplored, as more and more seems to pile on. So, it was nice watching him acknowledging how much is raging inside him and have actual conversations with Josie McCoy, who suggested actions besides snooping or scheming.