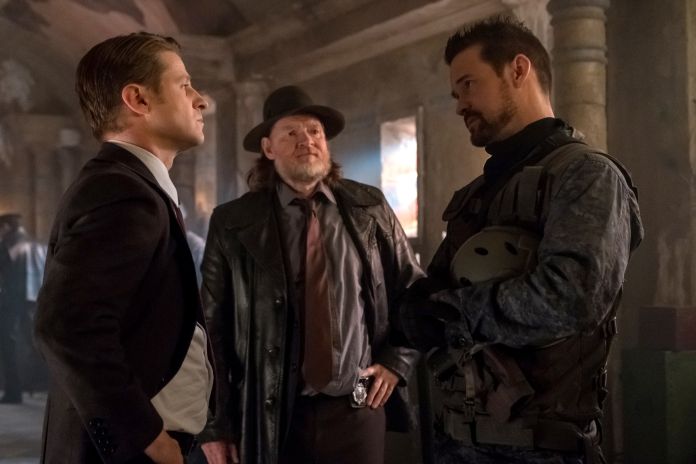 The breakout pairing of Gotham was back in a big way this week. This episode proved once again that Oswald Cobblepot and Ed Nygma are truly special together.

Word got out that Ed was responsible for the Haven bombing. Everyone in Gotham was out for revenge. One woman hooked Ed up to her car to electrocute him to death, until he outsmarted her and got away. This scene was a perfect example of how great Gotham is at genre mixing. It felt like something out of a Rob Zombie movie, which made it pop because it felt different. But, it still fit into the rest of the show and wasn’t jarring.

After that great scene, things got even more exciting when Ed confronted Oswald. He thought that Oswald was the one who’d been controlling him. They back and forth exchange they had was tense and beautiful and well worth the five episode wait. I love so much about Gotham, but the Ed and Oswald dynamic is what puts it over the top and makes it one of the most remarkable, worth watching shows on the air right now.

Oswald revealed that the true culprit was Hugo Strange. When confronted, he admitted that he had a chip installed so Ed could be controlled remotely. Between this and Ed being frozen and put on display in a club, this show really knows how to mess with and objectify him.

Meanwhile, this episode also introduced Shane West as Eduardo Dorrance, the man who will become Bane. West did a great job and his friendship with Jim Gordon made this an interesting take on the character. He seemed amiable and mostly aligned with good, but a scene where he goes too far interrogating Oswald showed the darker side of the character.

Overall, this was the strongest episode of the season so far. The relationship dynamics all shined. Its visual style was on point, including an end tag with Jeremiah Valeska that did an impressive job of making him feel like a live action cartoon.