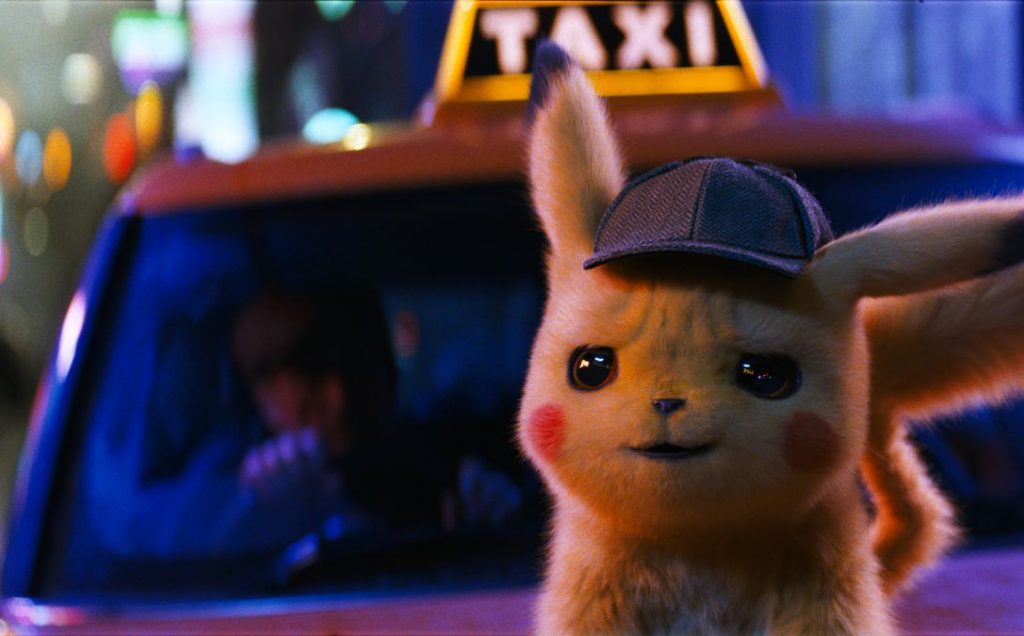 Debuting in the morning cartoon lineup of the late ‘90s, Pokemon took the world by storm. Today, the brand is still going strong, and now they have their very first live-action movie with Pokemon Detective Pikachu. Directed by Rob Letterman, who is also responsible for the Goosebumps flick, the film follows an intelligent talking Pikachu with amnesia who befriends a young man dealing with the recent death of his father. Ryan Reynolds plays the beloved electrical Pokemon and he’s joined by Justice Smith, Kathryn Newton, and Bill Nighy.

The screenplay of this film was tasked to four writers who don’t come up with the best plot int he world, but you can’t expect a novel, engrossing storyline when you’re watching a kid’s flick. It’s lighthearted and filled with twists and turns that are anything but exciting. The villain’s big plan at the end is so similar to the Joker’s scheme in the 1989 Tim Burton Batman movie that it’s laughable. However, you shouldn’t come to this film for the story but for the nostalgic factor or to keep your kid(s) distracted for a couple of hours.

Despite not having an original or interesting storyline, the film is a sight to behold. All of the Pokemon look real and sometimes it feels like you’re watching the National Geographic channel when you see these pocket monsters roaming around in their natural habitat. And of course, Pikachu looks amazing and absolutely adorable. Ryme city is filled with your favorite Pokemon, decorated with neon lights, and equipped with near-future tech, immersing you into a seemingly tangible world. 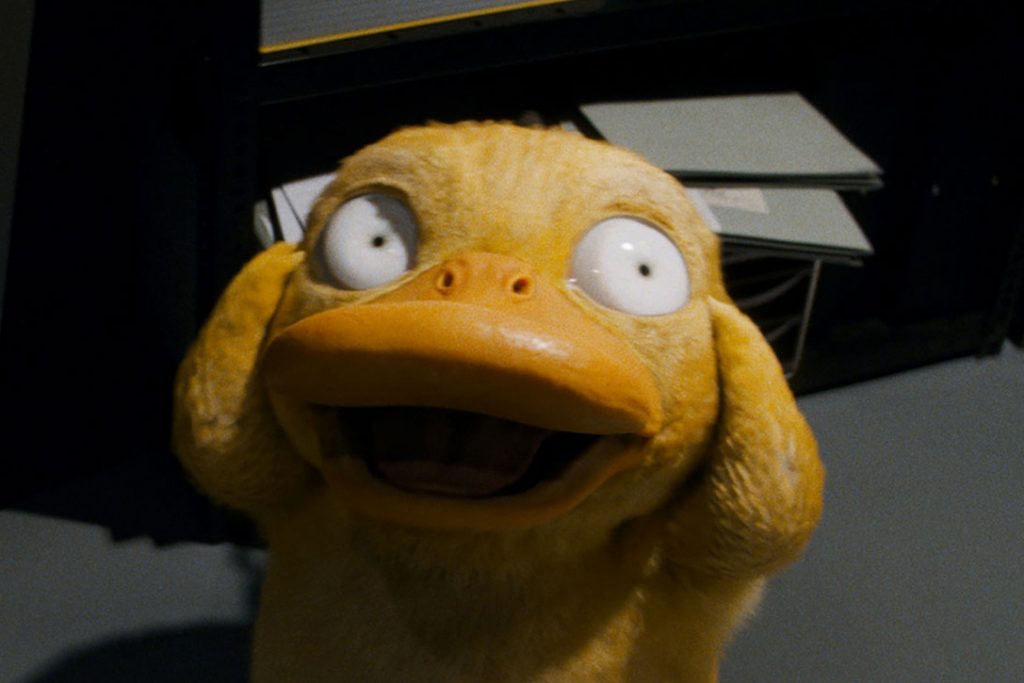 Ryan Reynolds is a crucial factor as to why this film doesn’t sink. Even when he’s stripped of his ability to curse and spew controversial humor, the Deadpool actor can still work his magic to deliver thunderbolts of sarcasm. Sure, it does take some getting used to, but once the ball gets rolling, you can easily accept his voice coming out of Pikachu’s mouth. Reynolds as Pikachu is a coffee-fueled ball of energy hell-bent on solving the case of his missing partner and newfound amnesia.

The human characters in this film are as interesting as doing your taxes. They’re a bit quirky, but all of them are cardboard cutouts that don’t elicit any real emotions. And it’s not necessarily the fault of the actors, as there is some amazing talent onscreen. It’s more than likely the material isn’t strong enough to really flesh out the characters in any meaningful way.

Pokemon Detective Pikachu shouldn’t work at all, but it does, barely getting by on Reynolds’ voice acting and the flick’s nostalgia. It’s not going to catch the attention of all viewers, but if you collected the trading cards, watched the cartoon, or played any of the games, this is worth a matinee ticket.