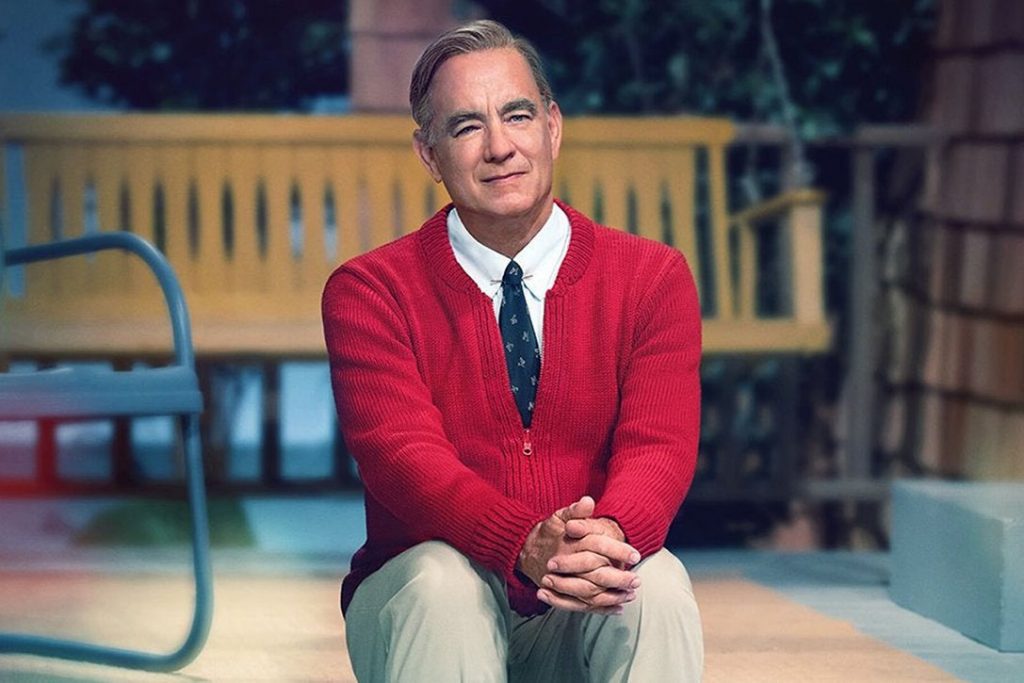 A Beautiful Day in the Neighborhood (TriStar Pictures)

A Beautiful Day in the Neighborhood

Mister Rogers’ Neighborhood ran from 1968 to 2001 and helped many of us grow into well-rounded, caring individuals. There’s something about Fred Rogers that is magical. He’s kind and understanding on a different level, and he talked to children about heavy topics in realistic ways. A Beautiful Day in the Neighborhood—directed by Marielle Heller—is the story of cynical journalist Tom Junod and his assignment to profile Fred Rogers in 1998, as Tom’s dealing with issues with his father. Tom Hanks fills in the shoes of Mr. Rogers, and he’s joined by Matthew Rhys, Chris Cooper, Susan Kelechi Watson, and Maryann Plunkett.

The film opens with the nostalgic intro of the Mister Rogers’ Neighborhood TV show recreated with Hanks and presented in a grainy 4:3 aspect ratio. This is one of the many beautiful touches Heller adds to this film to capture the aura of the gentleman at the center of the project. She also incorporates clever transitions with the miniature sets used on the famous children’s program.

Although the script without Mr. Rogers is just another movie about daddy issues, it succeeds due to the direction and the central performance. This isn’t a biopic about Mr. Rogers, and some people will be disappointed because of that. However, the script portrays the icon in the way we remember him: as a genuine man that was so welcoming and wise. He’s the neighbor that always knew what to say and became the perfect guide to help us through some tough times. 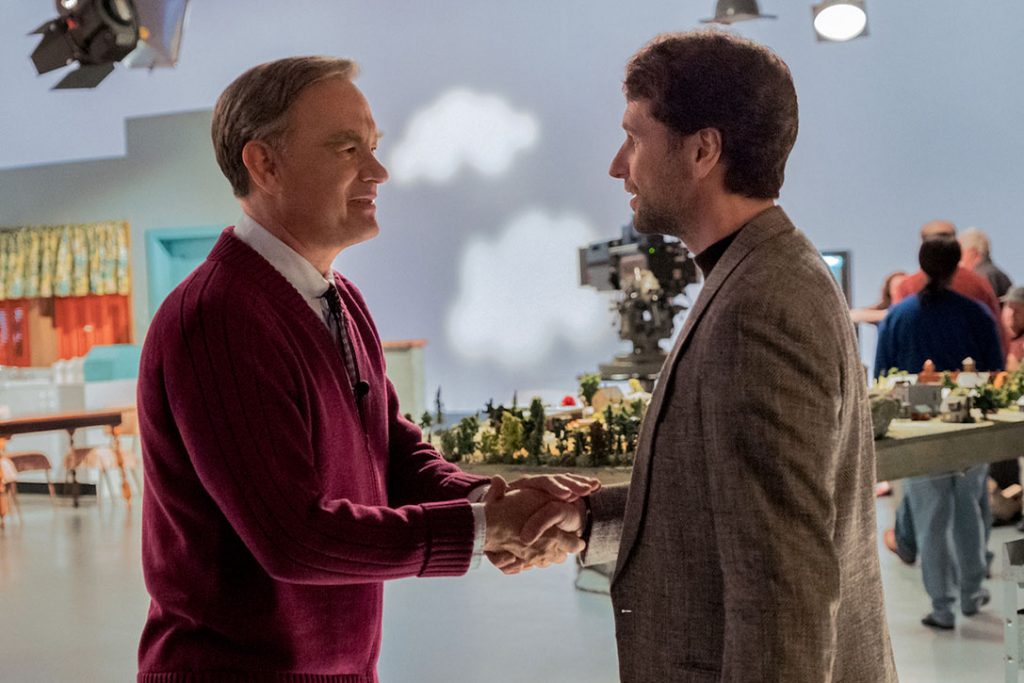 Tom Hanks in A Beautiful Day in the Neighborhood

Tom Hanks brings Fred Rogers back to life on celluloid. He doesn’t impersonate the saintly man, but he does capture the essence of him. Hanks’ thoughtful pauses mid-sentence, gentle mannerisms, and stoic nature do justice to the role of Mr. Rogers. Without a doubt, Hanks’ performance is the best of the bunch. Every time he’s offscreen, you’re eagerly waiting for him to come back.

The main character is Lloyd Vogel—played by Matthew Rhys—an aggressive journalist who tries to find the dark nature in his subjects. Rhys does a commendable job in the role of a man who is broken, dealing with his tragic past and trying to connect with his father—played with conviction by Chris Cooper. Throw in Susan Lelechi Watson as Vogel’s supportive wife and Maryann Plunkett as Joanne Rogers, and you have a well-rounded cast that elevates that stale story.

A Beautiful Day in the Neighborhood is a touching film that will pull at your heartstrings without feeling like a Lifetime movie. It’s also a wonderful complimentary film to the great documentary Won’t You Be My Neighbor? We need a man like Mr. Rogers in this day and age, but there’s no real equal to him that’s emerged. Tom Hanks and Marielle Heller bring him back to life for a couple of hours on the silver screen, so it’s easy to welcome the film with open arms for a much-needed embrace.