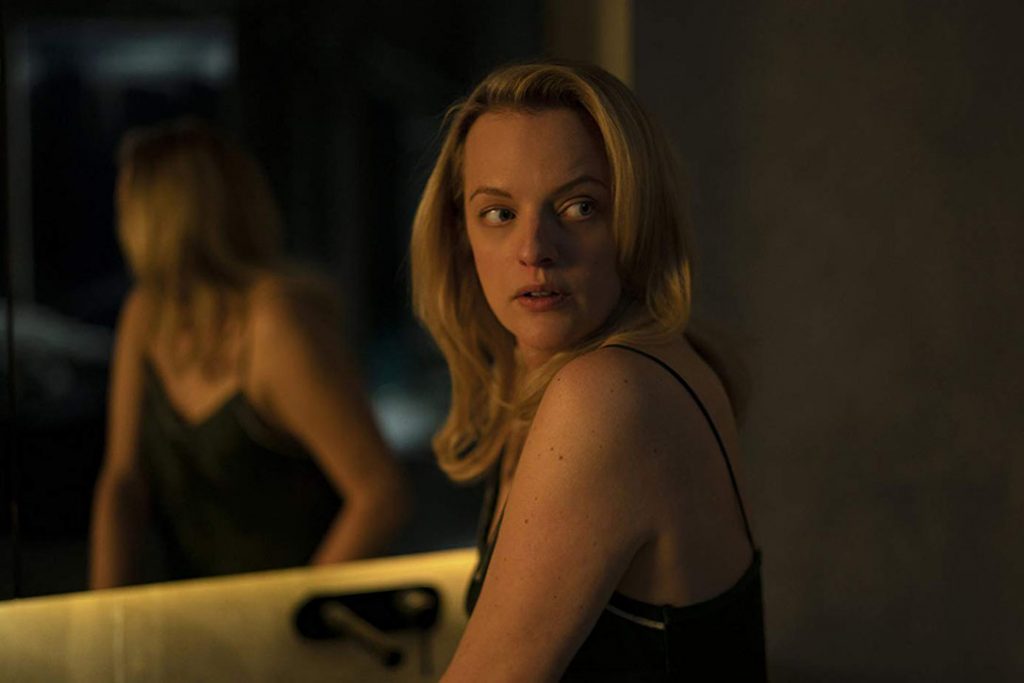 The 1933 Universal classic monster movie based on the novel by H.G. Wells gets a remake—or more a reimagining—with director Leigh Whannell’s The Invisible Man. One of the most common fears in the world is the fear of being watched. In this fresh take of a classic, a woman named Cecilia suspects her abusive ex—who is a scientific genius— is preying upon her with technology that allows him to be invisible. The film stars Elisabeth Moss in the lead role, as well as Oliver Jackson-Cohen, Harriet Dyer, Aldis Hodge, and Storm Reid.

Written and directed by Whannell, this film loosely resembles the 1933 film. The script contains many twists and turns, which work for the most part. However, what works in spades is how the audience is placed snugly in the shoes of the main character. You slip into her perspective from the very first shot, allowing you to feel the tension and frustration she deals with at every turn. As the story unravels, so does Cecilia’s sanity, making it a perfect nightmare. What’s even scarier is that we know she’s not crazy, but the people around her think she is. There are some issues with the plot, especially one in particular that involves a meet-up at a restaurant—but it doesn’t bring the ship down. Let’s just say the film has vulnerable parts that you can penetrate with a toothpick if you question logic involving security cameras.

Cinematographer Stefan Duscio works well with Whannell in framing the shots for a maximum anxiety-inducing atmosphere. The film knows that what you can’t see is what will scare you the most, as your imagination gives you endless fuel to create raw fear. In The Invisible Man, there are wider shots to suggest the antagonist is in the room. Even the subtle details of objects moving ever so slightly can give you goosebumps in this thriller. With only a $7 million budget, this film produces immense dread via amazing camera work and stellar acting. 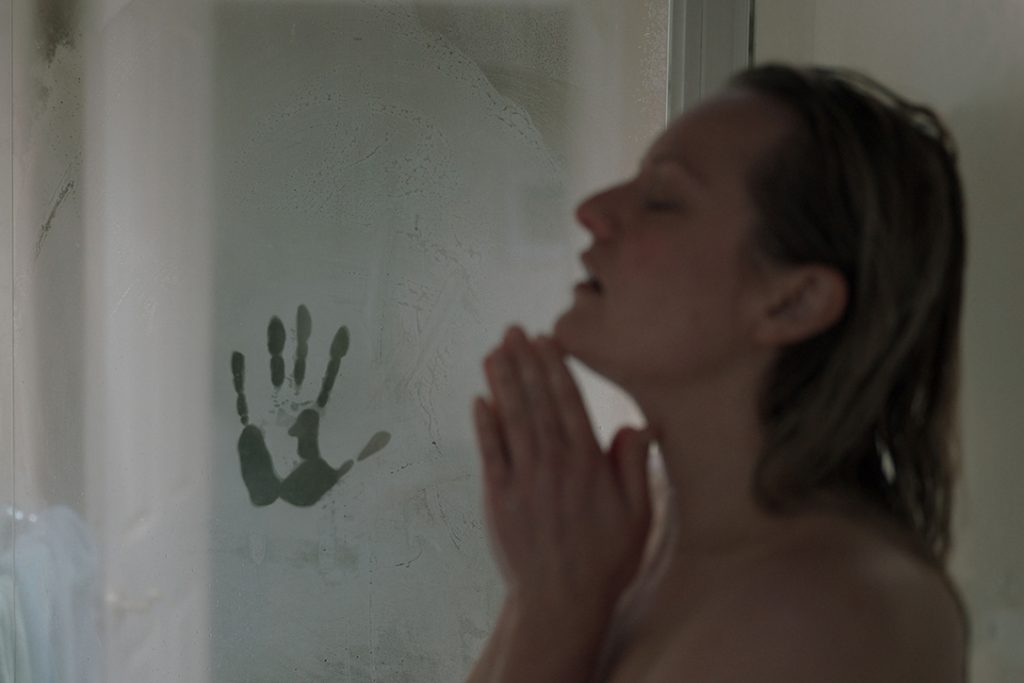 Elisabeth Moss in The Invisible Man

Elisabeth Moss plays Cecilia, a budding architect who’s the ex-girlfriend of a wealthy (and insane) scientist named Adrian who supposedly committed suicide. Moss does a tremendous job in this movie, playing a traumatized victim that goes down a spiral of tragic events caused by an unknown entity. She sells the despair of Cecilia, as well as her ferocity when she’s pushed to the edge. Moss carries the film with a brazen performance. In the hands of a lesser actress, the movie wouldn’t work as well.

The supporting actors deliver fine performances, but no one is given enough to chew on to really stand out. Aldis Hodge, who plays James, a detective, and Storm Reid, as James’s daughter, make a great team. But both are only there to give Cecilia’s character more to lose. There’s also Harriet Dyer playing Cecilia’s sister, Emily, yet they don’t do enough with her character to help us feel like her relationship with the protagonist is authentic.

The Invisible Man is an entertaining thriller that sends shivers down your spine with nothing more than a seemingly empty room and a traumatized woman. It holds a crackling performance from Elisabeth Moss at its center and uses your imagination to hold your permanence hostage. Underneath the layers, it’s about a victim fighting back despite having lost essential pieces of herself along the way. The Invisible Man, without a doubt, is worth seeing.