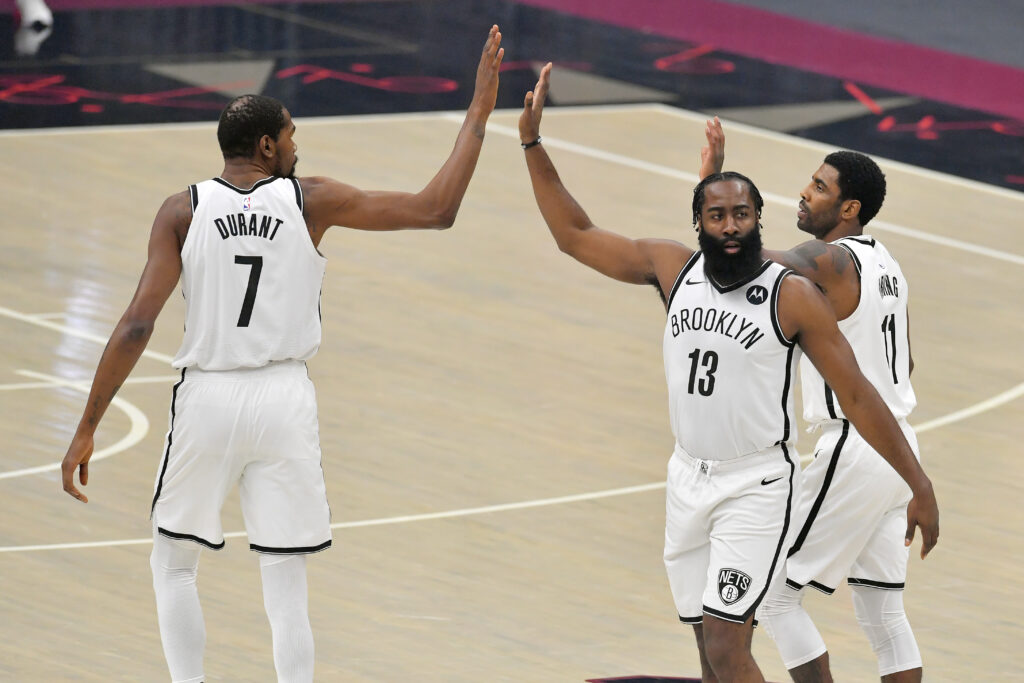 Kevin Durant has been watching his teammates from the Brooklyn Nets bench cruise past all challengers as he recovers from a torn hamstring injury he sustained on February 13. Without Durant, the Nets are 13-1 in his absence with the only stumble a 115-98 loss to the Dallas Mavericks on February 27.

Durant still has some hurdles to climb before he is set for action, but has been able to do one-on-one and 2-on-2 drills, according to head coach Steve Nash. Originally, the Nets believed the strain was mild and only expected him to miss a couple of games.

The good news is that the most recent scan of Durant’s hamstring indicated improvement with the timetable for returning to game action a few weeks away.  The Nets have time to make sure Durant is 100 percent, considering the damage they are doing even without the 11-time NBA All-Star who was averaging 29 points per game at the time of the injury.

If Durant continues to improve and puts himself in a position to return to play without risk of further injury, then he’ll be back out there, according to Nash.  The even more impressive thing about the Nets run is they were without newly acquired Blake Griffin, who has been sidelined for a month, and Kyrie Irving during their recent 124-115 win over the Indiana Pacers.

Currently, according to NBA Odds, the Los Angeles Lakers have the top odds to win the NBA Championship, with the Nets close behind. The next closest contender is the Los Angeles Clippers, followed by the Utah Jazz, Milwaukee Bucks, and the Philadelphia 76ers.

Looking at what the Nets have become, you know you have a high-potent offense when three-time reigning NBA scoring champion James Harden is your third leading scorer. He trails Durant (29.0 points per game) and Irving (27.8 points per game). Despite being third in scoring, Harden can still light it up when needed. Case in point was his 40-point outburst against the Pacers. In fact, Harden has been the Nets leading scorer in nine of the 14 games since Durant’s injury.

The knock on the Nets after acquiring Harden was that they’d be all offense and no defense, which isn’t a combination that generally wins NBA titles.  The facts indeed point to the fact that the Nets play little defense, ranked 25th in points per game allowed at 115. However, they are top scoring team in the NBA at 120.6 points per game. In addition, their point differential is second in the Eastern Conference and fifth in the NBA.

The jury is still out as to how this “we’ll simply outscore you” mentality will work over a seven-game series as the Nets progress through the playoffs, facing the toughest teams in the conference. For now, the Nets have quieted the naysayers. Time will tell if the Nets will have the last laugh.